Below, in italics, from the Durham Architectural and Historic Inventory, 1982 (Note - this description includes areas east of Alston, which is considered part of the Albright neighborhood on this site.):

THE East End neighborhood began to take shape west of the Norfolk and Western Railroad tracks in the late 1890s when the farms of Martha May, Dr. Vickers and Fred Geer were acquired by developers and subdivided into building lots. Although this area does not appear on the Sanborn Insurance Maps of Durham until the 1913 map series, the characteristics of the many houses appearing on the 1913 map as well as the accounts of long-time residents in the area indicate that development was underway in earnest shortly after the land was subdivided. Dwellings soon lined N. Roxboro, Gurley, Elizabeth, Dowd, Gray (originally May), Canal and Mallard streets. The size, type, and building materials of most of these houses indicate that they constituted the quick, inexpensive construction offered by developers for Durham's mushrooming population of industrial workers. 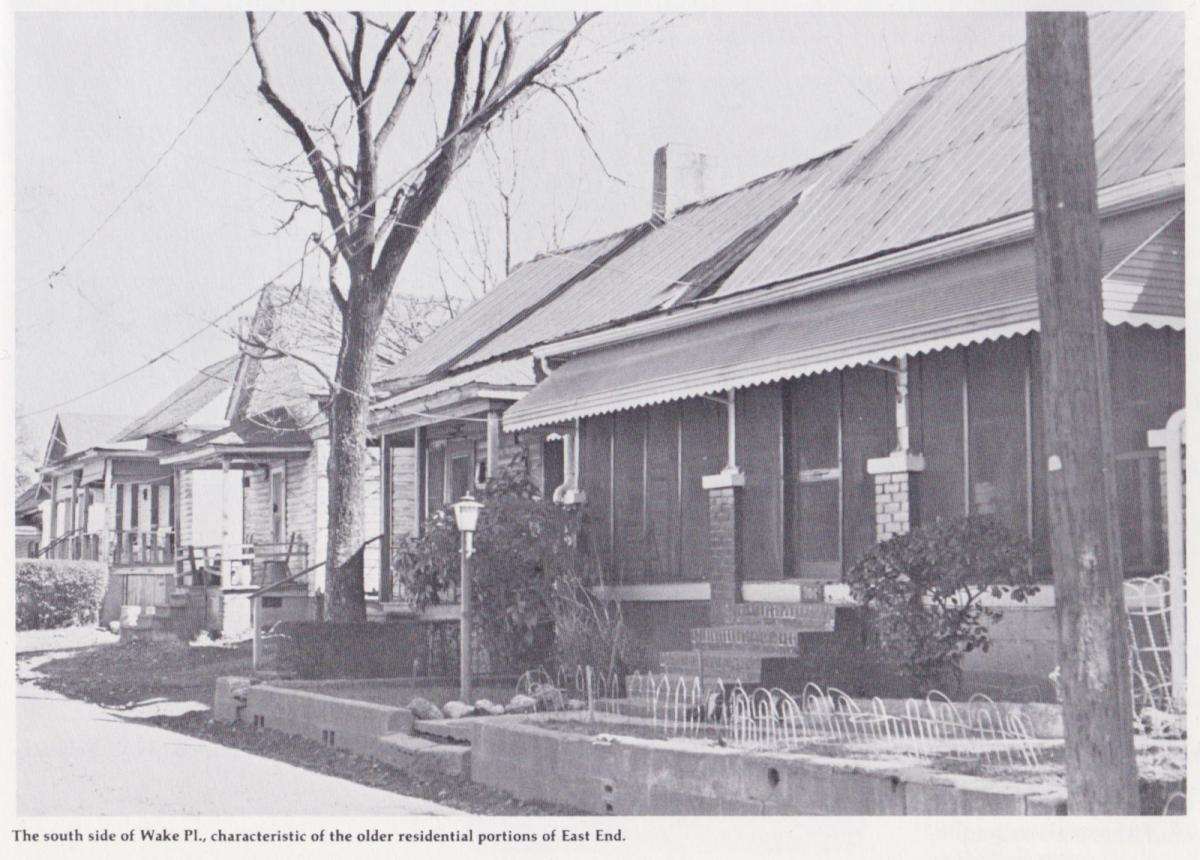 From the 1880s to the 1920s, this development trend was typical of most North Carolina towns experiencing a rapid influx from rural areas of poor people, black and white alike, who sought steady work in factories. The houses built to accommodate them were not tenements, but small, inexpensive houses of a few types. Their extensive survival here serves as a reminder of this important phase of Durham's growth. The neighborhood of East End, with the exception of N. Roxboro St. and a few houses just to the east of N. Roxboro St. on such streets as Gray and Dowd, has been a Black community since its inception. Its traditional focus remains on Dowd St., where several businesses, Mt. Gilead Baptist Church and the East End School are interspersed among several blocks of residences.

As throughout Durham, the quality of housing rises with the elevation of the terrain. Most of East End proper is on ridged slopes and low-lying land through which a creek once flowed. Fashionable, medium sized one- and two-story frame houses, embellished with popular millwork decoration on porches and gables, were built at the greater heights, where they were occupied by local merchants, artisans and well paid factory workers. Probably they were constructed according to designs found in popular builders' guides.

In the bottom land, very modest one-story one room deep houses, usually duplexes, were constructed as rental housing for low wage earners. Decoration was limited to simple turned porch posts and sawn spandrels. The most humble housing includes the shotgun type and, in the 1920s and 1930s, two and three room deep, gable front houses and the simplest of bungalows. Rows of houses are found throughout the lower-lying areas, their originally identical appearances reflecting their investment property status. This sort of construction, reminiscent of millworker houses, is particularly characteristic of the 600 block of Canal St., which is the lowest elevation in East End proper. The name of this street is, in fact, an apt one, as the brook which ran across nearby blocks has been channeled into a conduit that runs beneath the pavement of the 600 block of Canal St.

Until the late 1910s and early 1920s, the area of East End situated east of the Norfolk and Western Railroad Belt Line was considered to be suitable only for industry. From 1865 until the early 1900s, the southern portion of this area between the railroad tracks and Calvin St. was owned by Calvin O'Briant and his family, operators of a large brickyard near the intersection of Holloway St. and Alston Ave. Most of this eastern portion of East End, which in recent years has become known as North Albright, was considered undesirable for residential use due to the wide brook which bisects the area from north to south and is flanked by large expanses of loamy soil. East and north of this brook, scattered small farms, owned and operated by blacks and consisting of just a few acres, small one-story frame houses and outbuildings, characterized this area. It was considered until well into this century to be "out in the country." Although the remote location of this eastern portion of the neighborhood, lack of a trolley line and poor soil discouraged the construction of houses, the Norfolk and Western Belt Line naturally attracted industry. By 1913, Carolina Power and Light Company had established a gas works at the west side [sic - east] of the railroad on Gilbert St. In the late 1910s, Paragon Hosiery Mills erected a red brick factory on the west side of the railroad tracks just across from the gas company. This mill was soon acquired by Julian S. Carr as a branch of his Durham Hosiery Mills and was renamed in honor of Carr's longtime faithful black servant as the John O'Daniel Hosiery Mills. In 1930, the Farmers Mutual Exchange, later known as Central Carolina Farmers Exchange and now named FCX, purchased the brick building and converted it to a market and distribution center for poultry, eggs, milk, feed and livestock.

A few more fashionable houses, such as the Dick House, were built along Hanover St. and the east end of Dowd St. Along N. Hyde Park Ave. at the eastern edge of East End, modest one-and-one-half story frame bungalows were built by blacks who had recently moved to Durham. A builder of one of these bungalows recalls that this new construction of the 1920s and 1930s covered many of the old fields and surrounded a few small farmhouses dating from the turn of this century, but the land east of N. Hyde Park Ave. retained its rural character well into the 1940s.

Although most of East End has suffered a general decline since the 1950s, it retains its identity as one of the major black neighborhoods of Durham. The city dump has been converted to a large city park and much of the land unsuitable for building is being upgraded with fill dirt.

Nonetheless, the early development patterns remain easily discernible. Almost all of the original housing remains in use and its quality continues to be related to the grade of the land, with the lowest lying land still the site of the poorest housing. Dowd St. with its businesses, church and school, remains the focus of the older portion of the neighborhood, although many of the houses that were once the finest in the area have been subdivided into rental units. In recent years, Community Development Block Grants have been used by the city to rehabilitate many houses and to pave, curb and gutter several East End streets. The street that has undergone the most drastic change is Elizabeth St., where severe decline was met with destruction of many of its houses, conversion of a couple of blocks to industrial use by the expanding Central Carolina Farmers Exchange, and its recent widening for a major north-south thoroughfare. In contrast, in the northeast area of the neighborhood, now known as North Albright, one still finds large open spaces that survive as a reminder of the area's former agrarian character.

In 1914, land on the eastern edge of the East end was subdivided as "Geerwood Park." The plat notes that the land was owned by Max Shevel at the time of subdivision. This area remained mostly undeveloped until the 1920s, when predominantly Craftsman single family houses and duplexes filled in Hazel, Gearwood, and Hanover Streets. The single-family dwellings were built by middle-income African-American families; investors built numerous duplexes interspersed with these. 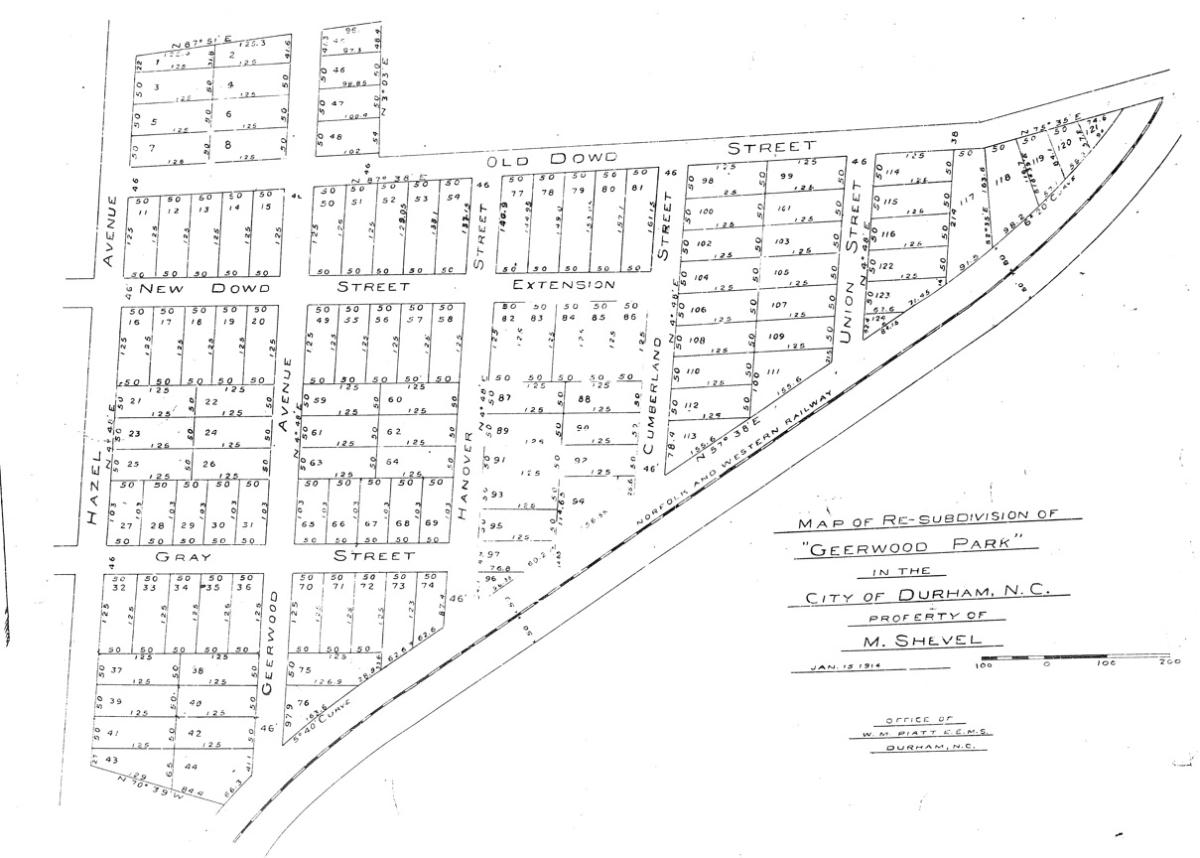 A virtual conversation about the history of East End was hosted in spring 2021 by the City of Durham's Equitable Community Engagement team (part of Neighborhood Improvement Services) as an installment of their "Our Community Stories" series.

In early 2022, Open Durham launched a volunteer inventory campaign to upload photographs taken by Preservation Durham volunteers twenty years earlier, part of an effort to document East End history and the rapid transformation of the neighborhood in recent years. (Click here to find out more and participate!) 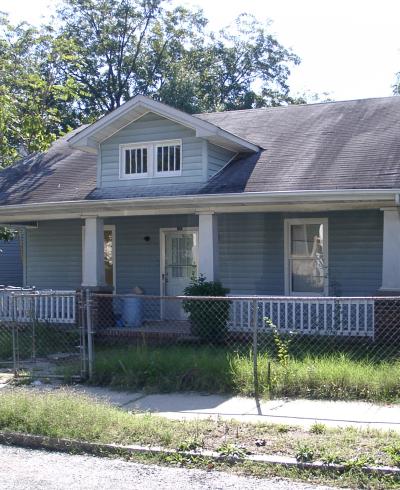 According to County Property records this house was built in 1925.
Read More 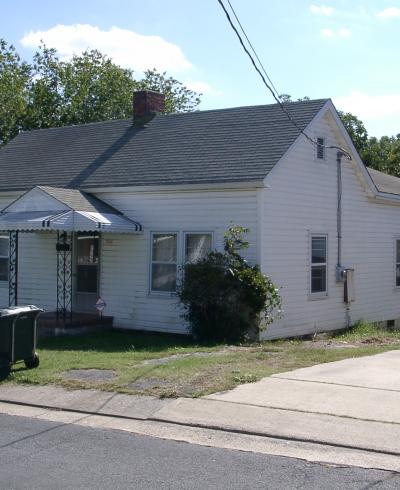 According to county property property records, this house was constructed in 1934.
Read More 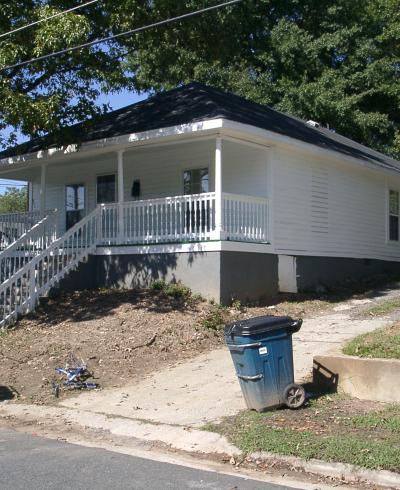 According to county property records, this house was constructed in 1940.
Read More 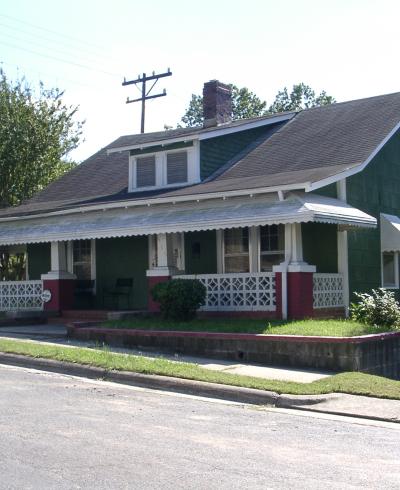 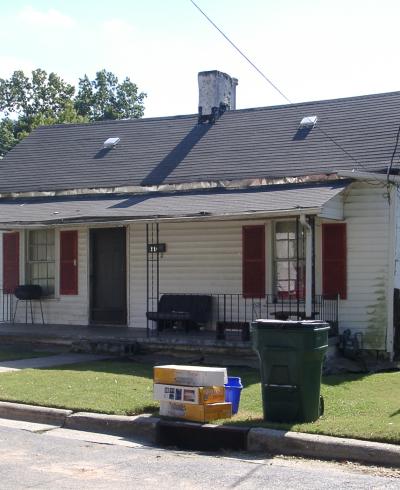 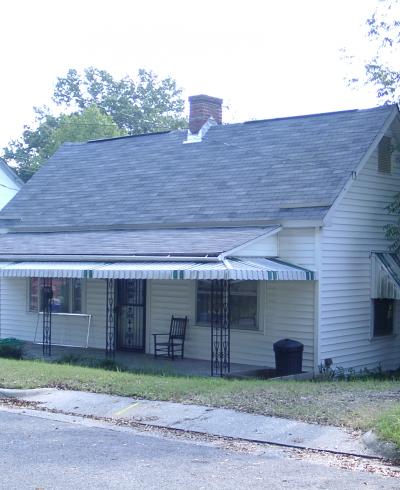 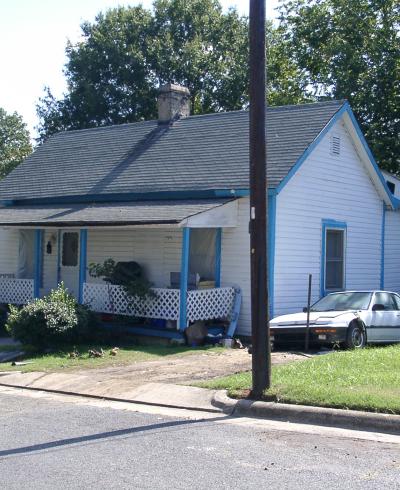 According to county property records, this house was constructed in 1924.
Read More 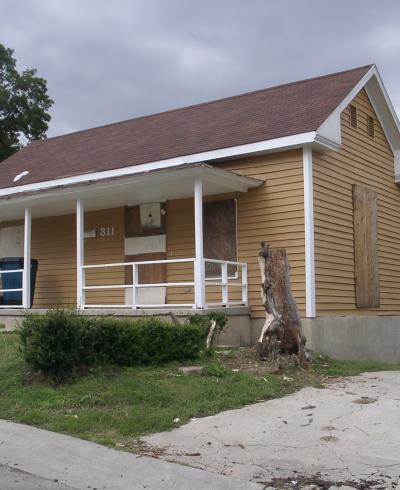 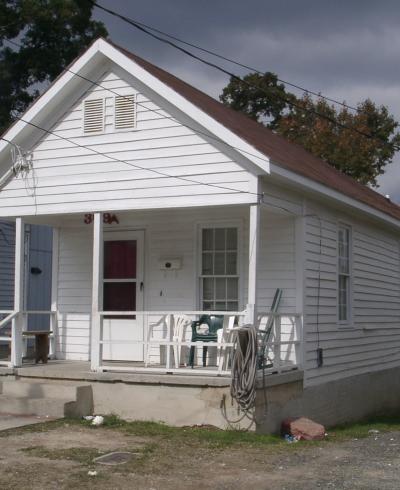 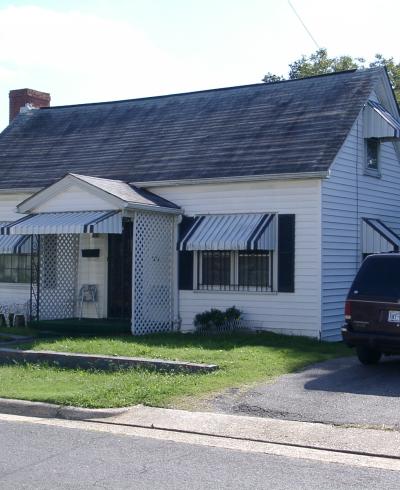 According to Durham County tax records, this house was built in 1934.
Read More