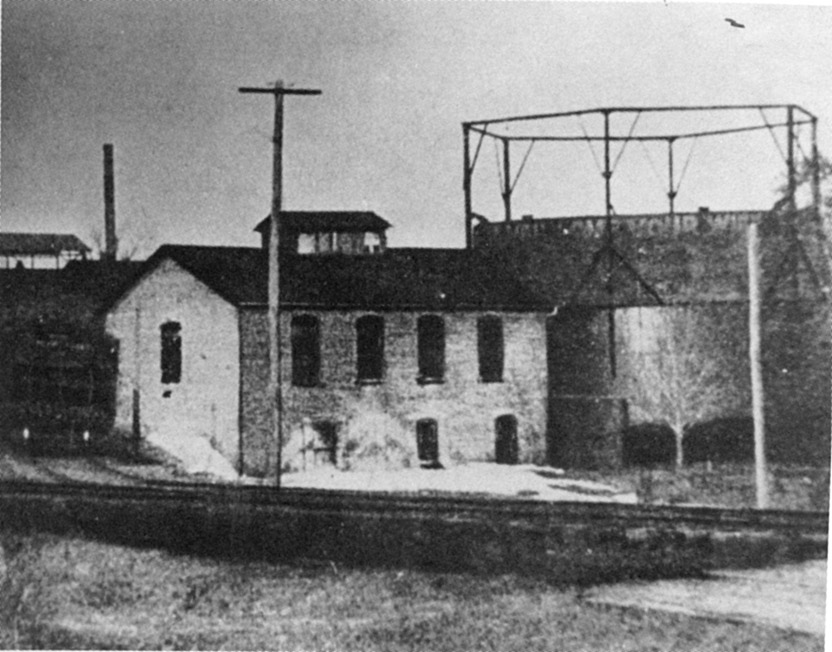 The company was absorbed by Carolina Power and Light in 1911. In 1928, the company was sold to Southern Cities Utility Company, headed by Charles Whetstone of Philadelphia. The company was then renamed the Durham Gas Company. In 1934, the Public Service Company of North Carolina (PSNC) took over the company and franchise.

In 1946, the company purchased the former Durham Sun Building on East Main Street for their offices. By 1953, the plant on Gilbert Street had expanded to a capacity of 1.09 million cubic feet of gas. 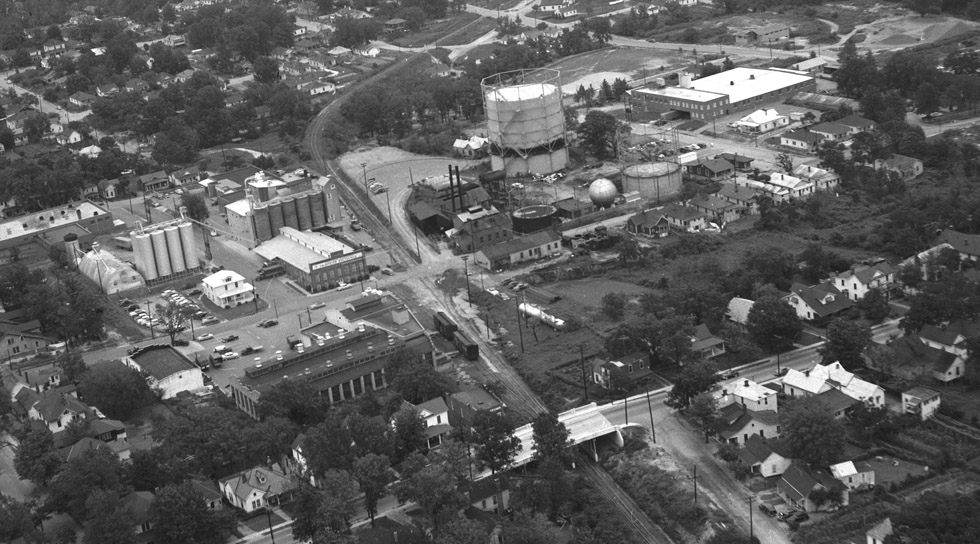 Looking north. Holloway St. is in the foreground, and the John O'Daniel Hosiery Mill and Durham Gas Company are just to the north, separated by the railroad tracks, 1950s.
(Courtesy Herald-Sun) 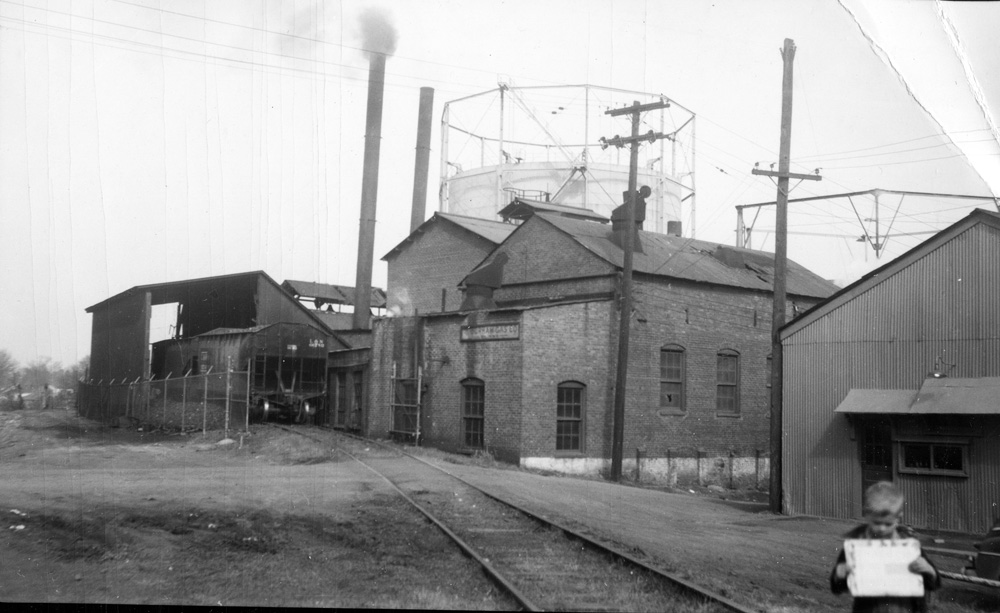 Shot of the gas plant from the tracks, looking northeast across Gilbert St., 1952
(Courtesy Bob Blake)

Plans were already afoot in 1953 for the Gilbert St. plant to become a temporary storage station for gas piped in from afar. Sometime soon thereafter, the Durham Farmers Exchange purchased the facility and site for its expanding grain/feed production operation. They tore down the former gas plant and built a new facility. The feed production facility is still in operation in 2007, run by Southern States.

As of spring of 2009, the Southern States facility was for sale. I'm curious to see whether someone had the creativity to find an adaptive reuse for this building.