WHEN Brodie L. Duke established the Pearl Cotton Mills at the end of the 19th century, he chose an undeveloped tract of land outside of Durham's town limits as the site for his industrial complex. This parcel lay at the southern edge of the middle portion of his vast real estate holdings that wrapped around the western and northern edges of Durham. The industrial site, situated just a short distance from his home, had an irregular boundary dictated by a creek and ravine. It was the only textile manufacturing complex in northwestern Durham and its out- skirts.

Duke incorporated the Mills, which he named for his daughter, in 1892 with a capitali- zation of $175,000.2 Within a year, speculation in cotton futures contributed to Duke's financial ruin in the Panic of 1893. Members of his family and their business associates came to his aid by increasing the Pearl Cotton Mills' capitalization and taking over the management. In the Handbook of Durham, published in 1895, George W. Watts is listed as president of the company and W. H. Branson as secretary and treasurer.4 The City of Durham, Illustrated, published in 1910, lists Watts as president, William A. Erwin as vice- president, and J. Harper Erwin as secretary-treasurer. The mill manufactured extra-wide sheeting, using 10,000 spindles and 160 broad-looms. The Hand-Book also states that the Pearl Cotton Mills employed 200 workers, "all of whom lived in houses recently built by the company." The 1910 publication numbered the employees at 150.

A photograph taken early in the century reveals that the factory consisted of a three-story brick building (cited in the Hand-Book as measuring 80 by 255 feet), a two-story picker room, and engine and boiler rooms. It probably is not coin- cidental that the mansard roof on the factory tower is very similar to that of the tower of Duke's house a few blocks away. Other industrial buildings on the Pearl Mills lot were a cotton house and a waste house. At the edge of the factory lot, at the present southeast corner of the intersection of N. Duke St. and W. Trinity Ave., there was a small frame church, named the Pearl Cotton Mills Chapel, which was the antecedent of the present Trinity Avenue Presbyterian Church, now located one block to the west.

The history of the early development of the Pearl Cotton Mills Village is uncertain. The earliest Sanborn map of Durham to include this area was published in 1913. It appears that this map does not represent all of the mill village as it indicates only 35 houses - 23 two-story houses along Orient and Washington streets and 12 one-story houses with long rear ells on Foster St. Houses were also built along N. Duke St. and probably some across from the mill on W. Trinity Ave. at the present site of the former Y.M.CA. Two of the residential areas, those along Washington and Orient streets to the east and along N. Duke St. to the west, were separated by the ravine and the railroad spur to the mill.

Construction of the mill-owned housing occurred in stages. The precise location of all of the mill's earliest dwellings, mentioned in the Hand-Book as housing 200 employees by 1895, is not certain; on the 1913 Sanborn map, a few of these houses are indicated on Foster St. The two-story houses along Orient and Washington streets are believed to have been constructed around 1905 and the one-story, two room deep cottages on N. Duke St. in the same decade. During the 1910s, the mill constructed several bungalows along N. Duke St. and Harper PI. Around 1935, the Erwin Cotton Mills, the larger textile manufacturing company established by Washington and Benjamin N. Duke, which acquired the Pearl Cotton Mills around 1930, built four bungalows on Washington and Orient streets. 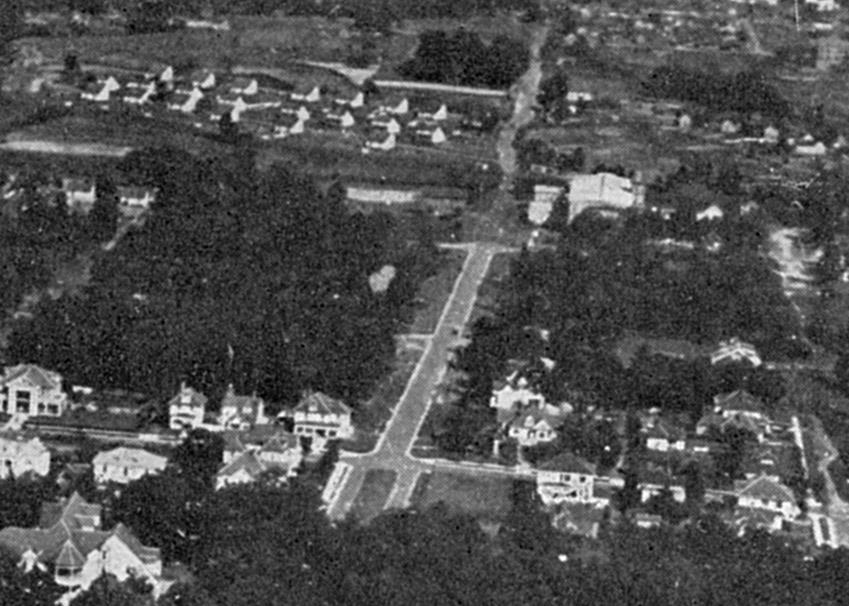 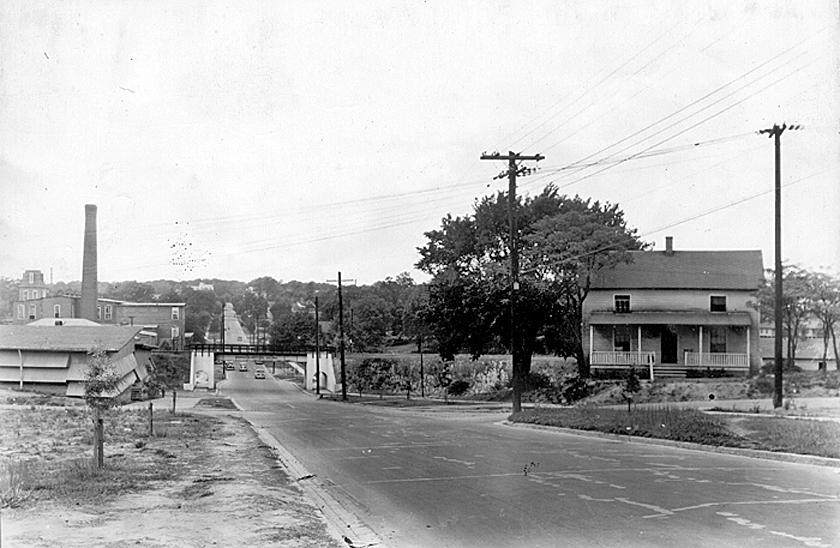 One of the houses of the Pearl Mill Village, at the corner of Washington and West Trinity, 1930s.
(Courtesy Duke Forest Archives)

The Erwin Cotton Mills continued to manage the Pearl operation until the 1950s. At that time, the Erwin Cotton Mills sold the houses to private individuals. After standing vacant for several years, the factory, with the exception of its smokestack and four-story tower, was razed to make room for the Duke Tower Apartments around 1971. Although all of the houses along Foster St. have been destroyed, vestiges of the mill village survive on N. Duke St., Harper PI. and Orient and Washington streets as isolated pockets of identical forms that belie their industrial origin. In spite of numerous cosmetic alterations, all of the dwellings constructed by the mill along Washington and Orient streets survive with their original character intact.

(From the Durham Architectural and Historic Inventory, 1980.)

Although the mill was out of business by the 1960s, and the mill village lost houses at its periphery, with the encroachment of 1950s-1960s infill development, the core of the mill village remains fairly intact, and continues to feel a bit like a place apart from Trinity Park to the west and Old North Durham to the east. 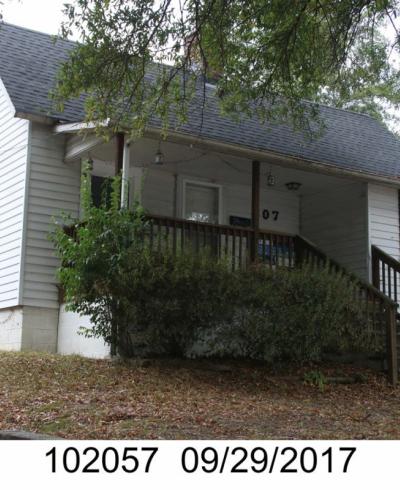 Durham County Tax Administration photograph, September 2017. From the 1982 Durham Architectural and Historic Inventory (p.171, entry for 803 North Duke two doors south, built at the same time): "During the first decade of this [20th] century, the Pearl Cotton Mills built a row of one-story frame houses along the west side of the 800 block of N...
Read More 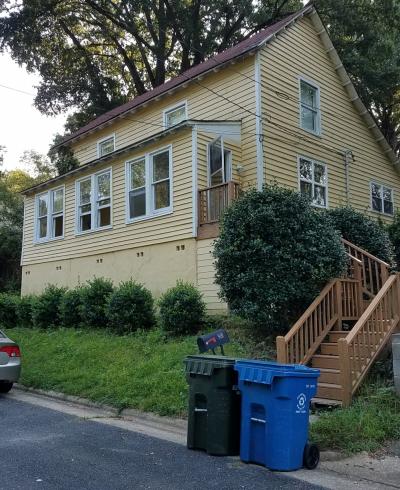 (08.30.2018, N. Levy) 910 Orient is one of several remaining early 20th-century two-story houses built by the nearby Pearl Cotton Mills for its workers. The exact date of construction is difficult to determine, as city directories from the turn of the century describe residences in the area as "near" the factory or simply "Pearl Mills" with a house...
Read More 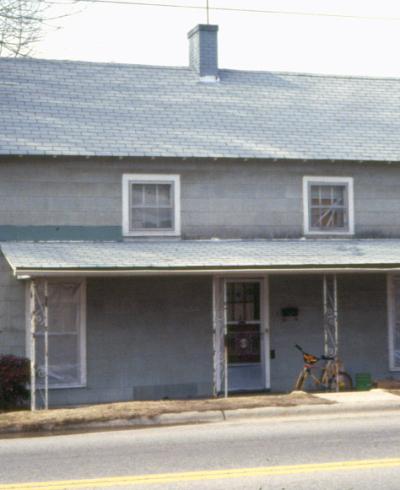 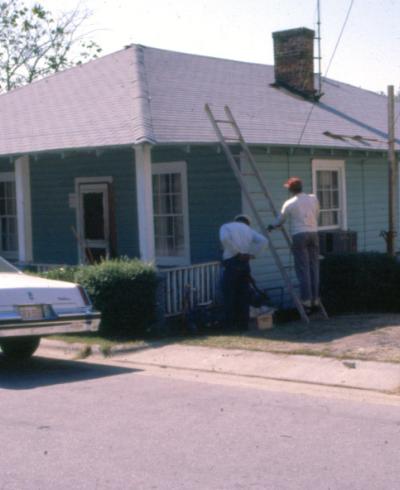 September 1980 (Old North Durham Architecture Slides collection, Durham County Library) Like the house at 913 Orient, this is one of four "one-story bungalows built by the mill around 1924. These rectangular, single-family 'builder's houses' are three rooms deep with a low hipped roof, recessed full-facade porch, and three-bay main facade." (1984...
Read More 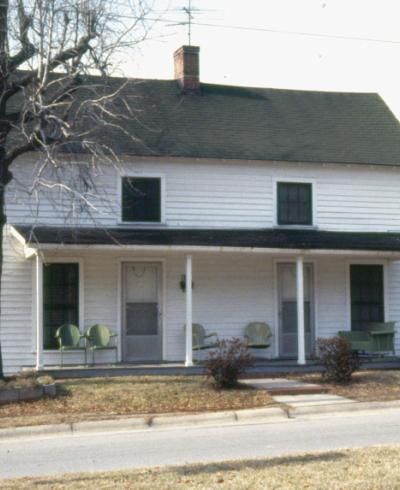 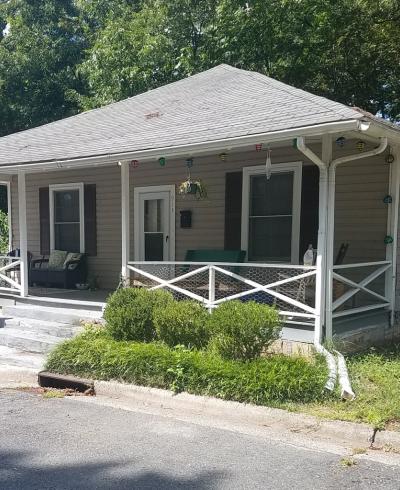 09.03.18 (N. Levy) According to a 1984 National Historic District application, this is one of the Pearl Cotton Mill Village's four "one-story bungalows built by the mill around 1924. These rectangular, single-family 'builder's houses' are three rooms deep with a low hipped roof, recessed full-facade porch, and three-bay main facade." Its porch had...
Read More 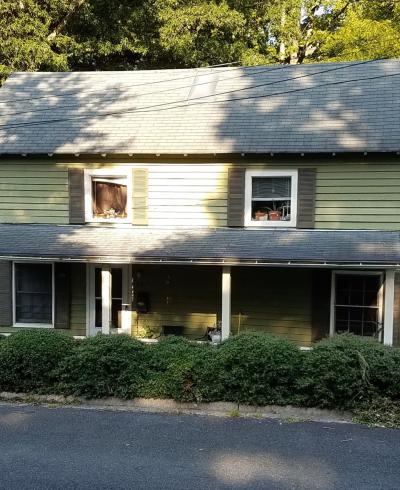 08.30.18 (N. Levy) Like much of the surrounding Pearl Cotton Mill Village, this two-story house was built as a duplex for factory workers and their families around 1905. Sold along with the other mill-owned houses in the area in 1945 or 1946, it was still rented as a duplex when recorded as "largely unaltered" in a 1984 National Historic District...
Read More 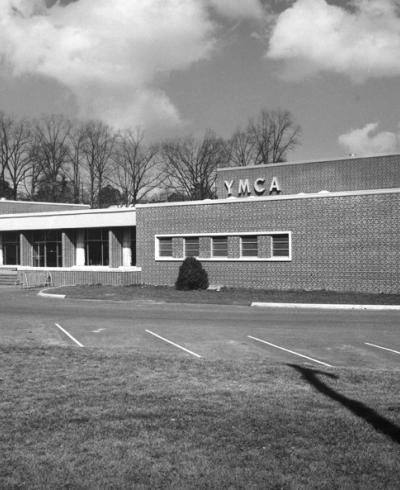 When William Erwin (Jr?) decided in 1955 to give a large parcel of land just north of the Pearl Mill (across West Trinity Avenue) to the YMCA so that they could built a 'modern facility' to replace the original YMCA downtown, there remained one earlier structure on the site - the (Pearl Mill) Lyceum. "Erwin Gives Land to YMCA - 08.08.55" (Courtesy...
Read More 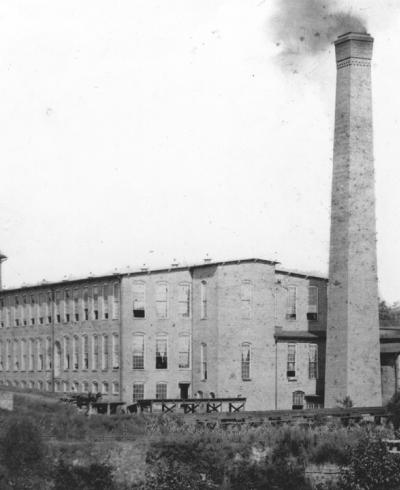 Looking west from near present-day Washington St., 1890s (Courtesy Durham County Library / North Carolina Collection) The Pearl Cotton mill was established by Brodie Duke in 1892, named after his daughter Pearl. After Brodie Duke suffered significant financial reversal in the 'Panic of 1893', Washington Duke and his two half-brothers helped him re...
Read More 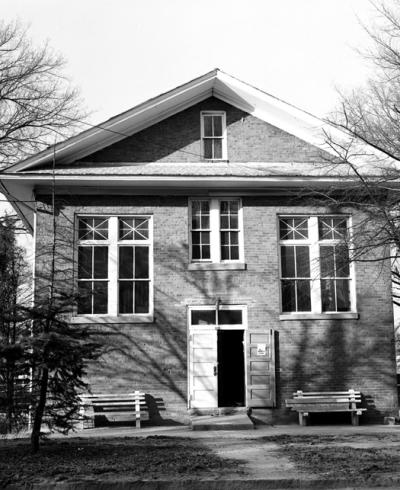 Looking north from Trinity Avenue, 02.18.57 When William Erwin (Jr?) decided in 1955 to give a large parcel of land just north of the Pearl Mill (across West Trinity Avenue) to the YMCA so that they could built a 'modern facility' to replace the original YMCA downtown, there remained one earlier structure on the site - the (Pearl Mill) Lyceum. The...
Read More