It may not have occurred to you to wonder what this collection of 1920s-era structures is doing up Roxboro Road, mostly surrounded by 1950s and 60s residential structures. If you heard the name "Bragtown", though, you might have surmised, correctly, that this area was a separate, unincorporated community until it became part of the city of Durham in 1957.

The natural bottomlands of Ellerbe Creek separated Bragtown from inner Durham during the early 20th century, such that for the most part, there was a distinct urban-greenbelt-urban transition that occurred when heading north/east/northeast out of Durham or the reverse. You can get a sense of this when traveling east on West Club Blvd from Washington St., where you drop into the lowlands along the creek in Northgate Park, passing 1940s-1960s era houses, and re-emerge into the fringes of Bragtown at Roxboro Road with some still-extant 1920s bungalows.

Some settlement may have occurred in the area of Bragtown as early as 1781, when Richard Rhodes gave land for a meetinghouse to be established in the area, later called the Eno Meeting House and associated with the Primitive Baptists.

However, Bragtown had more official beginnings in 1880 when John S. Carden was appointed postmaster of the small settlement. 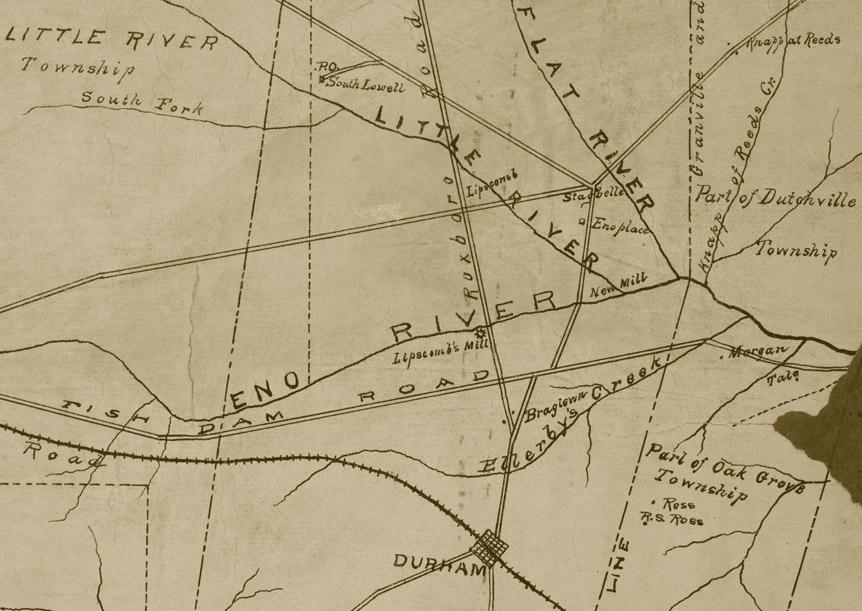 Bragtown developed significantly in the 1920s, and many of the structures of that era - both commercial and residential - persist. Notable structures include the former AT&T repeater station, built in 1928 (still a phone service building, now owned by Verizon) and commercial row structures immediately to the south, lining both sides of the street, as well as numerous frame residential structures, particularly to the east of Roxboro Road. The bungalow is a particularly popular structure in Bragtown. 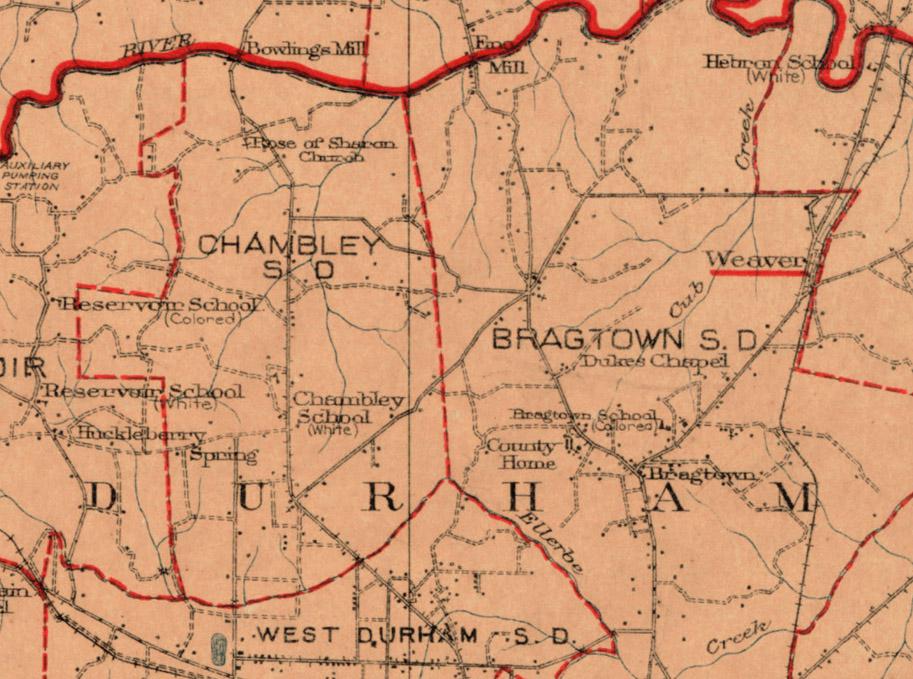 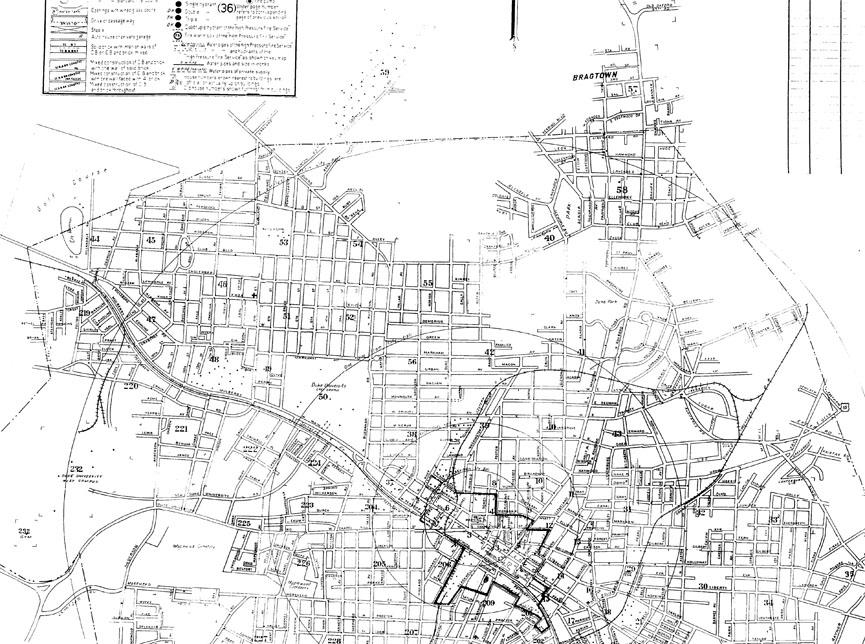 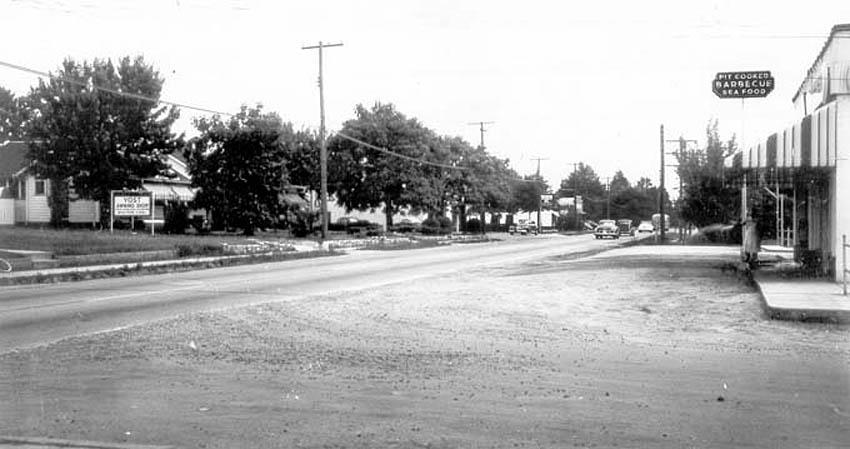 Bragtown had its own, separate Xmas parade into the 1950s. 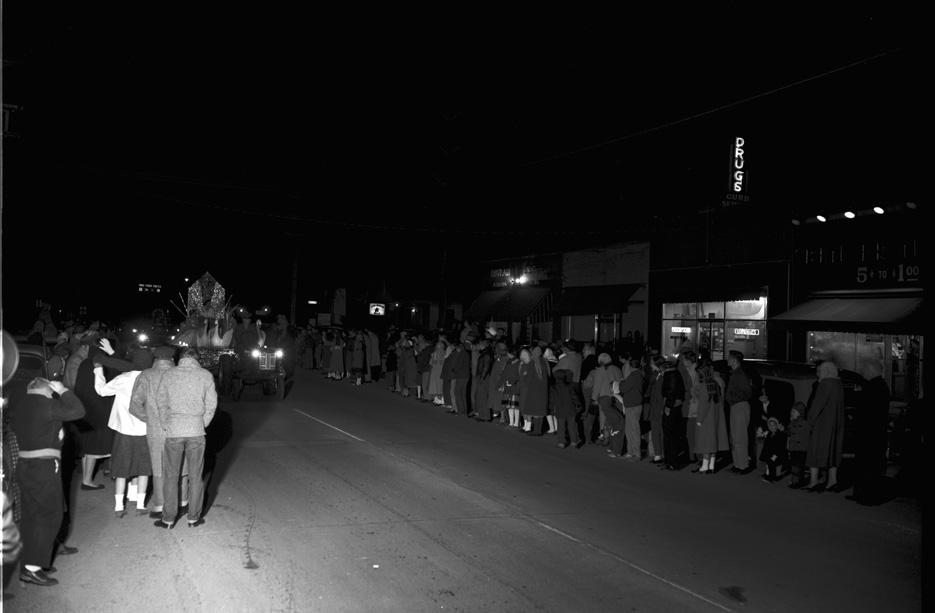 After Bragtown became an official part of the city of Durham in 1957, its distinct identity began to fade, abetted by the development of the US70 bypass (later I-85) and much accompanying residential development in the 1960s in the former 'gaps' between the core of Durham and Bragtown.

Although the volume of traffic on Roxboro Road makes the main drag a fairly uninviting place for pedestrians, if you get out and walk around, it does still have the feel of a place a bit apart from Durham proper. In recent years, the storefronts have become progressively more representative of the burgeoning Latino community in this area. 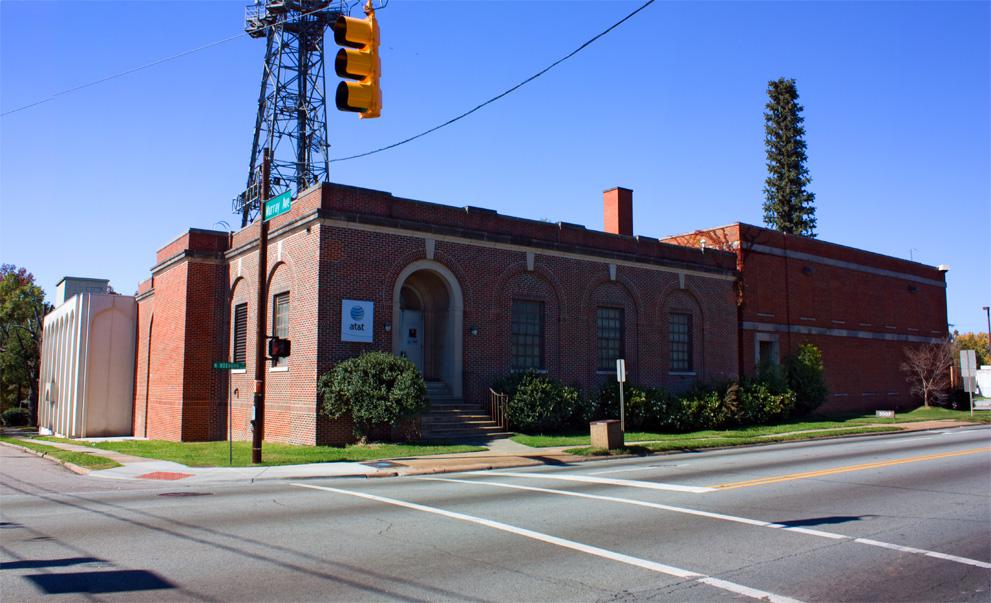 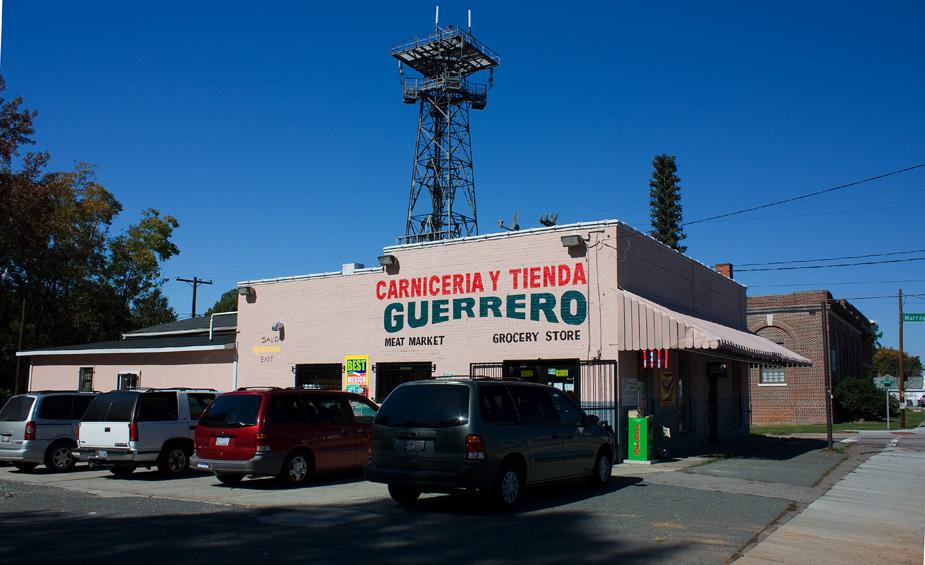 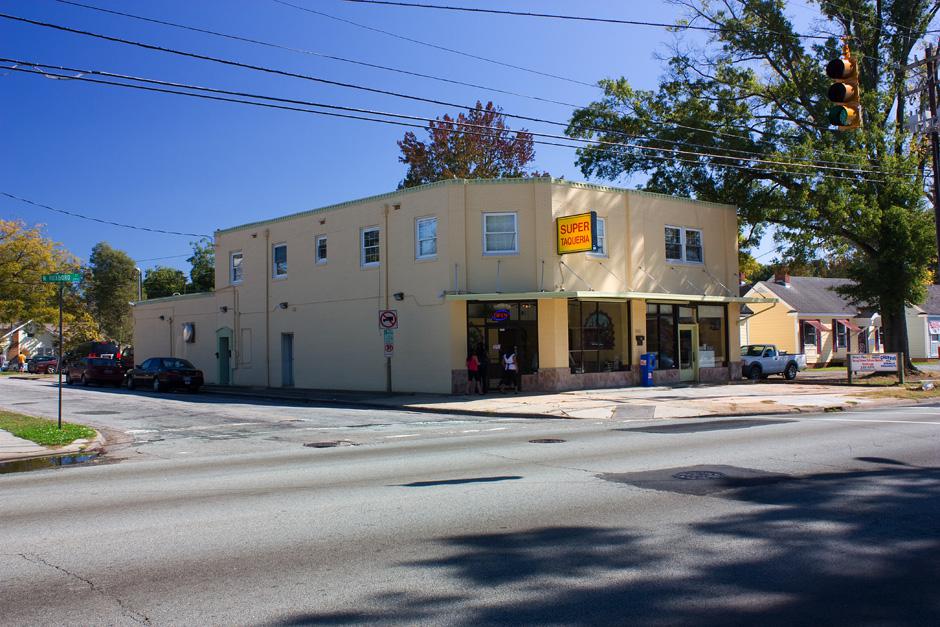 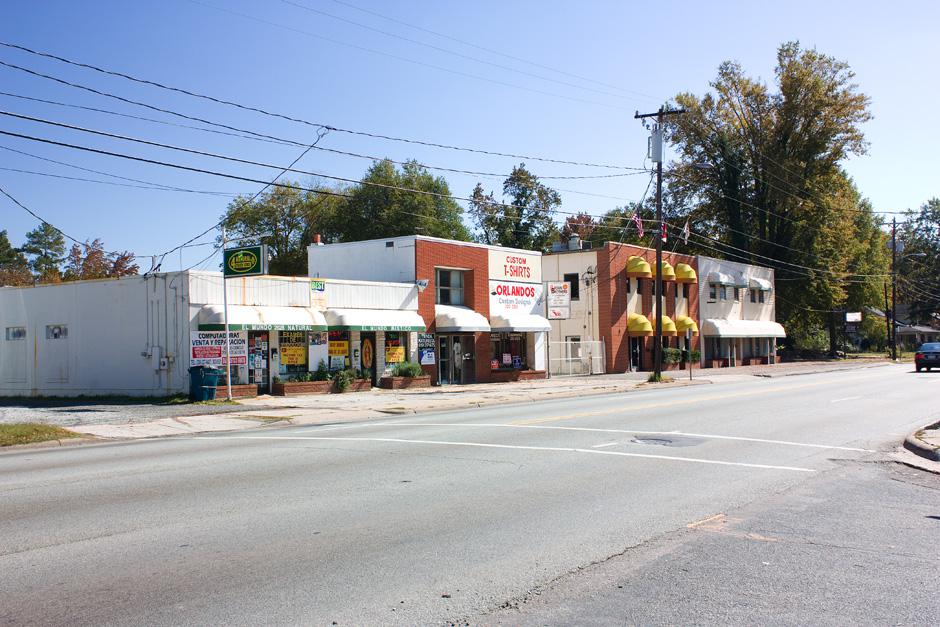 Bragtown is, unfortunately, as Endangered as any part of Durham. Both the Bragtown Trading Post at 2810 N. Roxboro Rd. and the unique Whitehead House bungalow at 2804 N. Roxboro Road were demolished by a company named "LTH Investments" in August 2008. 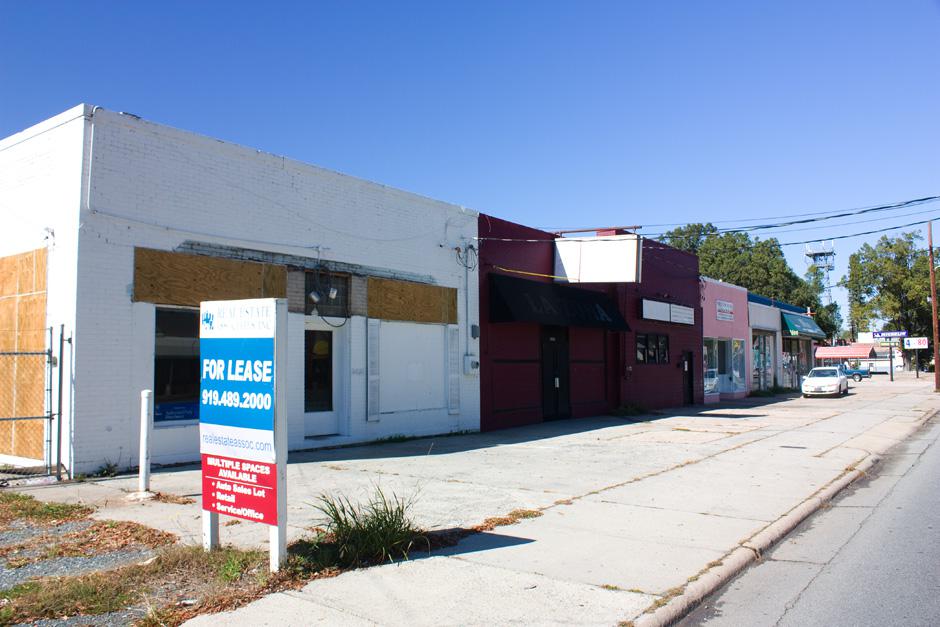 The main commercial strip on the west side of the 2800 block of N. Roxboro, looking northwest, 10.26.08. (The same strip poorly visible in the Xmas parade shot above.) 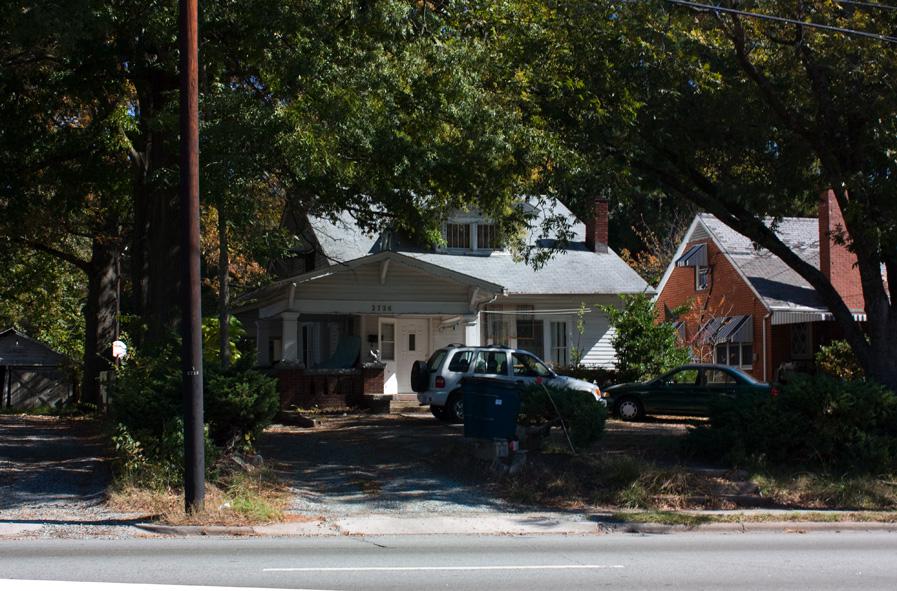 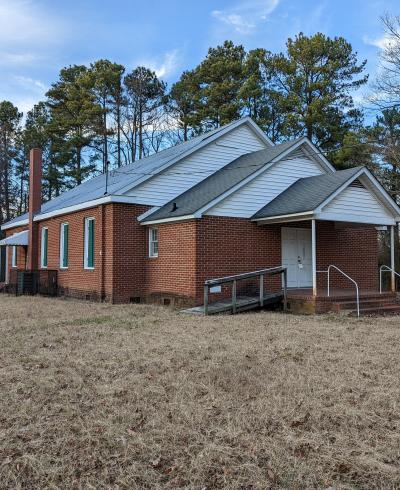 Organized in 1773 as Eno Meeting House, this was one of the earliest congregations established in what became Durham County. As documented by Jean Bradley Anderson, the will of Richard Rhodes and property records from Orange County as far back as the 1790s indicate land at this same location was set aside for this purpose. The name of the...
Read More 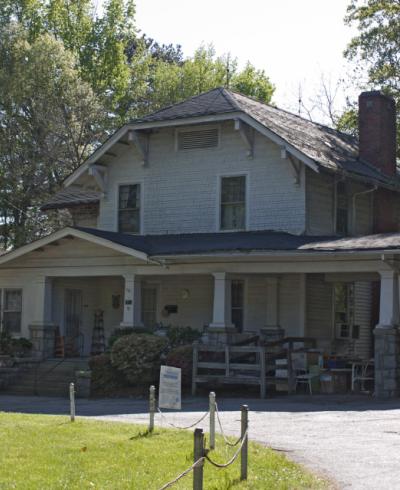 The very large lot with mature trees and the semi-circular driveway with stone posts flanking the entrances enhance the distinction of this large two-story frame house with bungalow features. At the time of its construction in the 1920s, it was the only house in this block. Clipped gable rooflines, exterior sheathing of alternating tall and short...
Read More 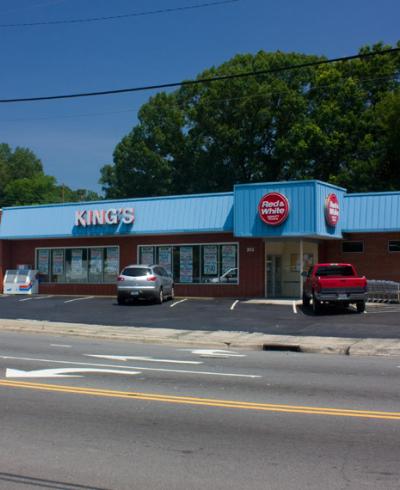 As far as I know, the last of the once common Red and White grocery stores in Durham is King's, at North Roxboro and East Club Boulevard. It's likely the oldest continually operating supermarket left in Durham.
Read More 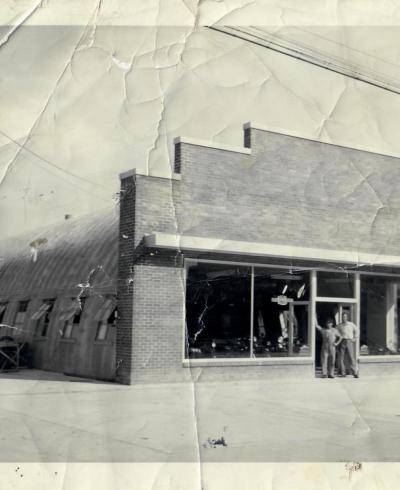 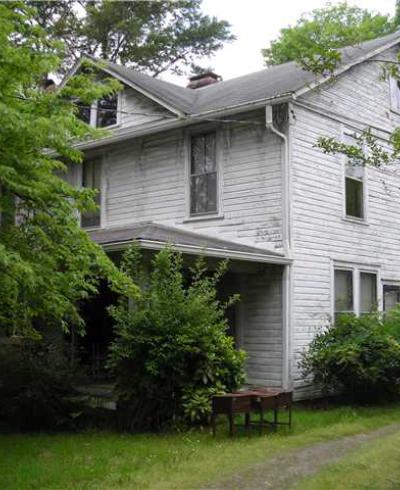 2013 In 1918, Hugh Scarlett bought 10 lots of land in Bragtown that had been part of a subdivision of land performed in 1913 by EJ Parrish & SW Minor. Parrish and Minor called the subdivision "Belvindale." He purchased the acreage for $750. Scarlett was a US Commissioner for the United States Dept. of Justice (4th circuit,) notary, and an attorney...
Read More 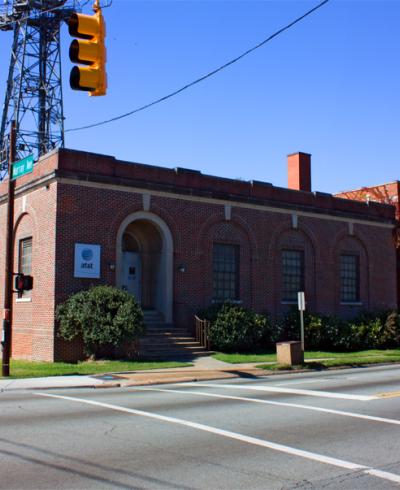 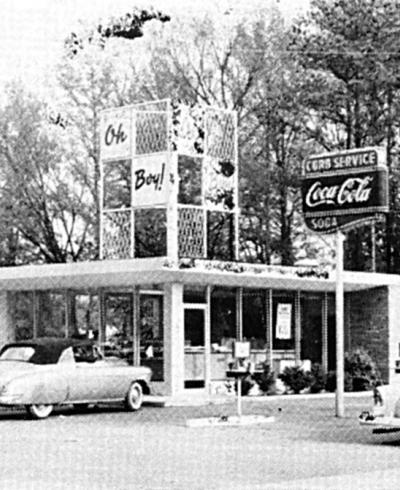 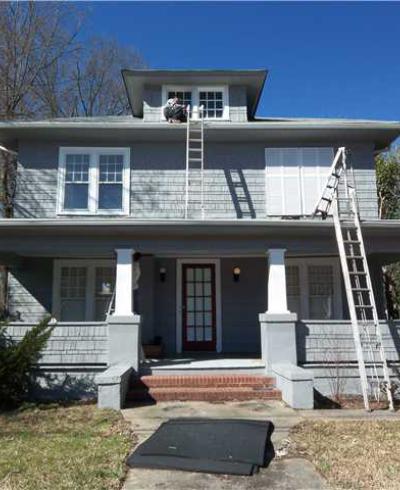 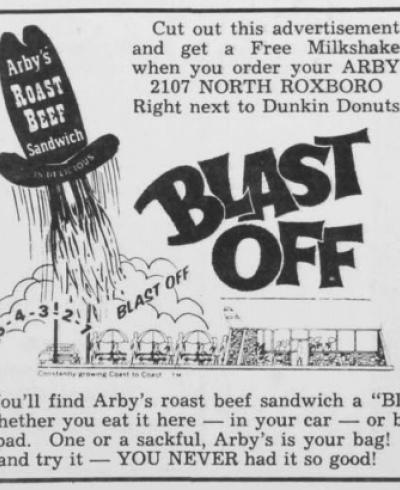 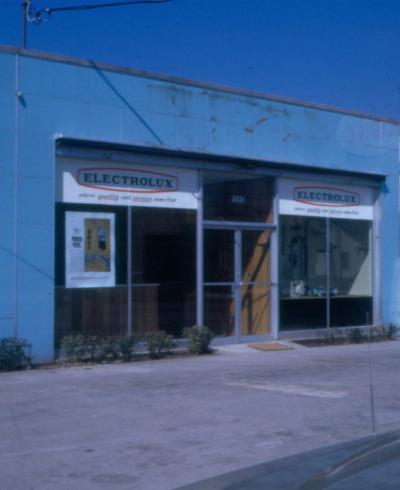