2713
North Roxboro Road
Durham
NC
Year built
1920-1930
Year demolished
2019
Architectural style
Craftsman
Construction type
Frame
Neighborhood
Bragtown
Use
Residence
Daycare
Building Type
Residential
Can you help?
You don't need to know everything, but do you know the architect?
Log in or register and you can edit this. 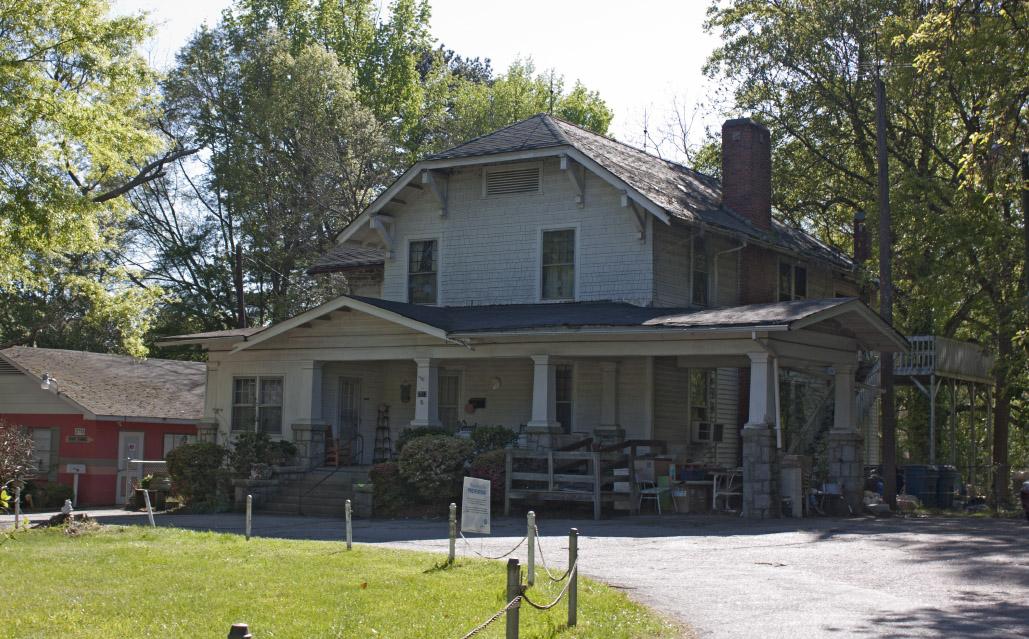 The very large lot with mature trees and the semi-circular driveway with stone posts flanking the entrances enhance the distinction of this large two-story frame house with bungalow features. At the time of its construction in the 1920s, it was the only house in this block. Clipped gable rooflines, exterior sheathing of alternating tall and short rows of cedar shake shingles in the upper story and weatherboards below, and the full-facade front porch that extends to form a porte-cochere distinguish the L-shaped house. The house is augmetned on the rear by a two-story ell.

Large square posts on plinths of cut granite support the wraparound porch, which has been altered by the enclosure of one of the southern bays to form another room.

ALthough the earliest known occupant of the house was Charles M. Crawford, Manager of the Durham Gas Company, who probably had the house constructed, it is popularly known for Marcus Wade Perry, the owner of Perry Lumber Company, who moved here in the mid-1930s. A subsequent owner of the house was Leon Jones, whose wife operated the Bragtown Daycare Center here for 18 years. After the death of Mrs. Jones, the building was sold to an owner who continued to operate the daycare center in the building. Thfacilities have been expanded with eh construction of a cinderblock building just to the south of the house

This house was demolished in full in August, 2019.