The small town of Bahama evolved much as Durham did: a crossroads settlement that solidified its position as the center of (very) local commerce with the addition of a rail line.

This rail line was the Durham and Lynchburg railroad, which was established around 1890. This line branched off from the main North Carolina railroad line through Durham just east of the core of Durham, near where Prattsburg had been located. (A small segment of this line, which runs past Golden Belt and the John O' Daniel Hosiery Mill is still in operation in Durham, I believe only as a siding for Southern States.)

The Durham and Lynchburg Railroad established small depots in Durham County at Willardsville, just to the east of Orange Factory, another near a small crossroads community originally established around 1750, known as Balltown (located at the juncture of the Raleigh-to-Roxboro and the Hillsborough-to-Oxford Roads), and a third at Rougemont.

The new station at Balltown became a focal point for some additional growth, and the older crossroads community 1 mile to the south, known as both Round Hill and Hunkadora (one of my favorite lost Durham names) faded in importance. 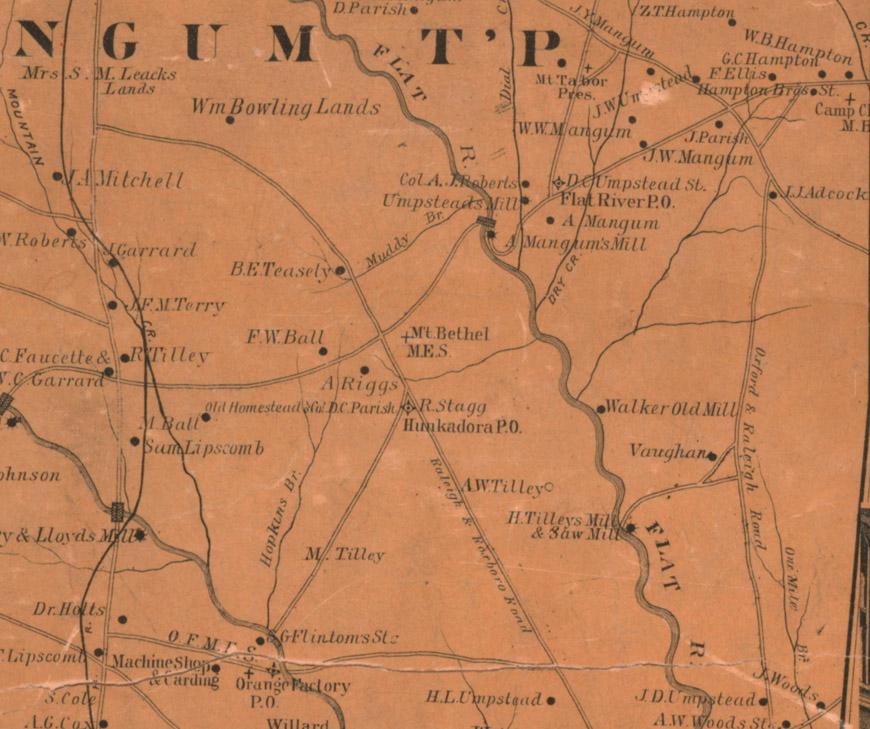 The former Balltown community became known as Bahama, pronounced Ba-Hay-Ma, a portmanteau from the surnames of three prominent area families, Ball, Harris, and Mangum. By the beginning of the twentieth century, Bahama had grown to establish a post office, the A. W. Tilley and Turner and Hill stores, a graded public school with three teachers, and the Tilley Brothers’ Roller Mill. The Durham and Lynchburg railroad became the Durham and Northern Railroad, and later the Norfolk and Western railroad. 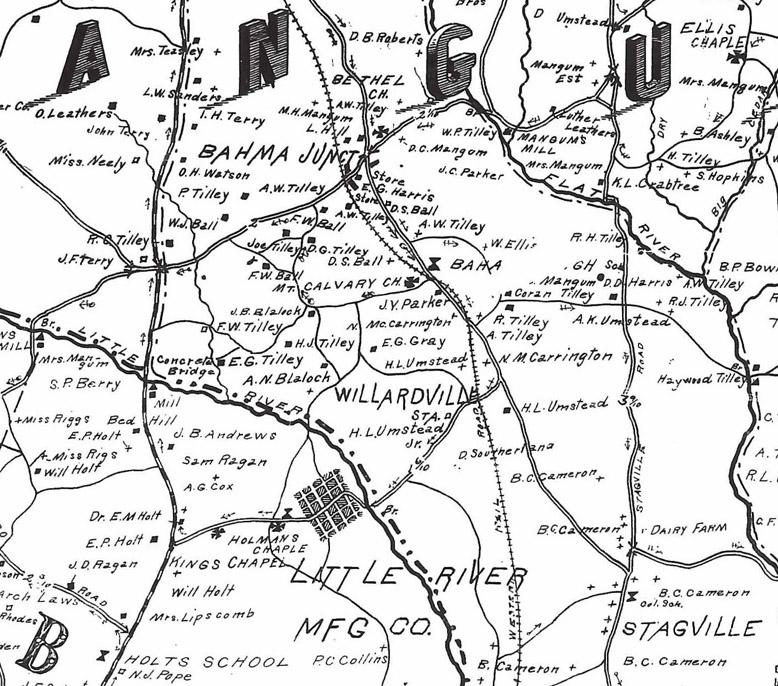 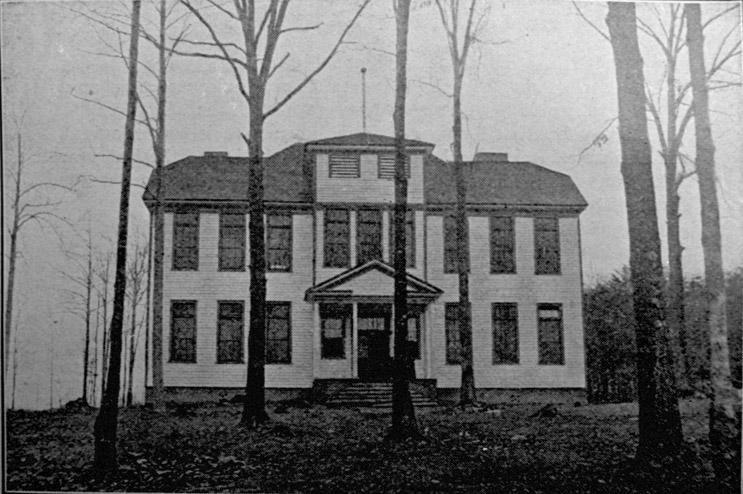 Following World War I, the Umstead Bothers’ converted the Roller Mill into the Bahama Milling Company, which, under the ownership of Bradley Mangum, continued operations into the mid-twentieth century. 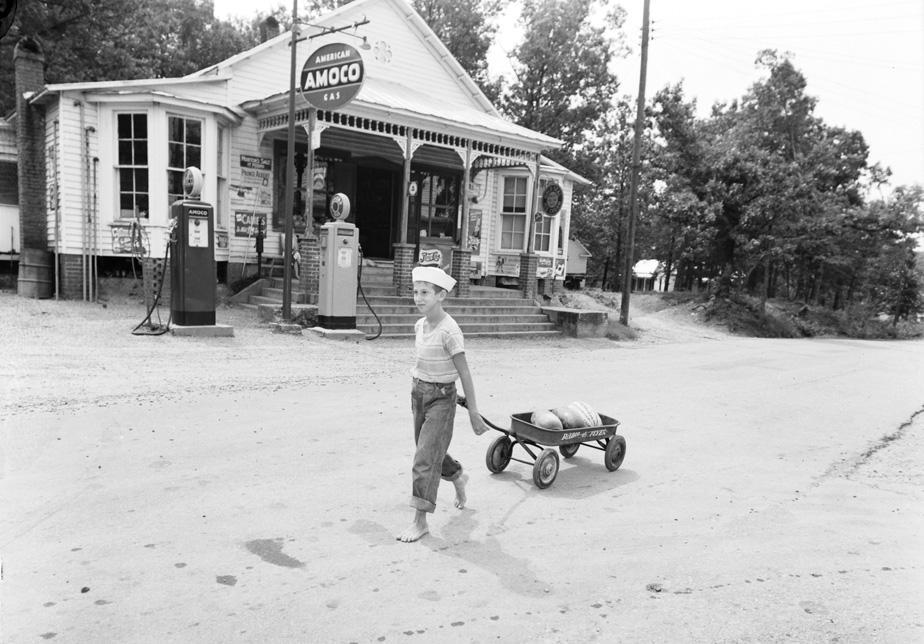 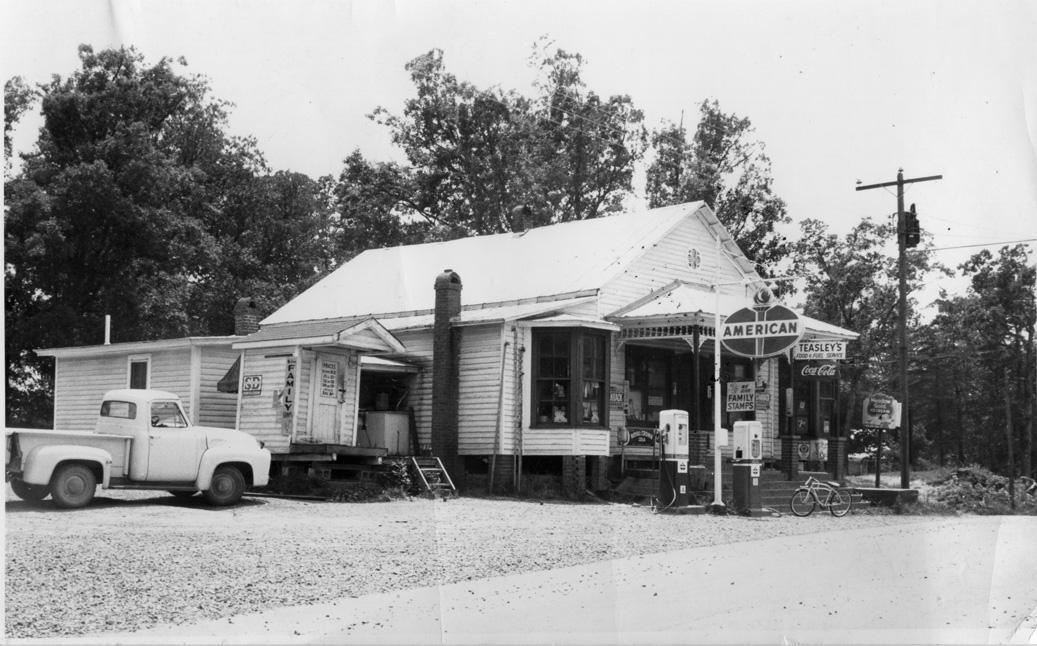 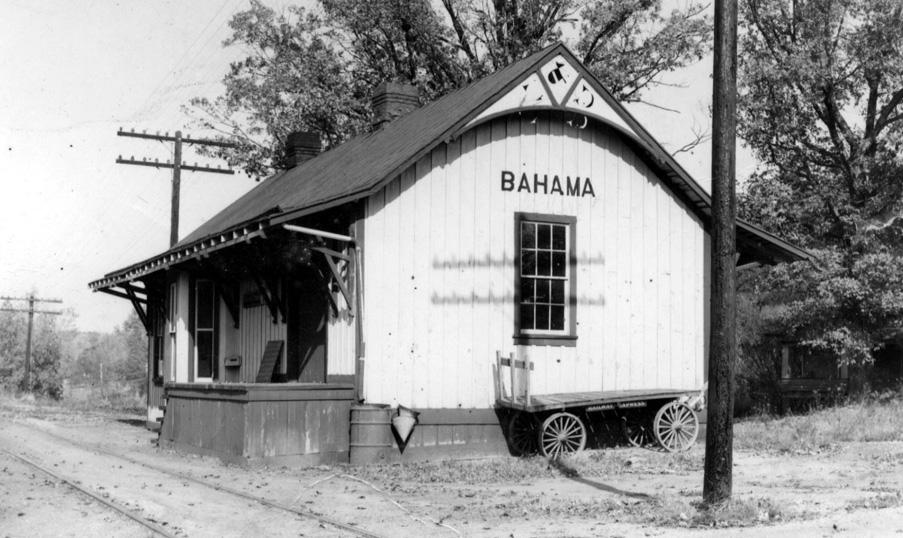 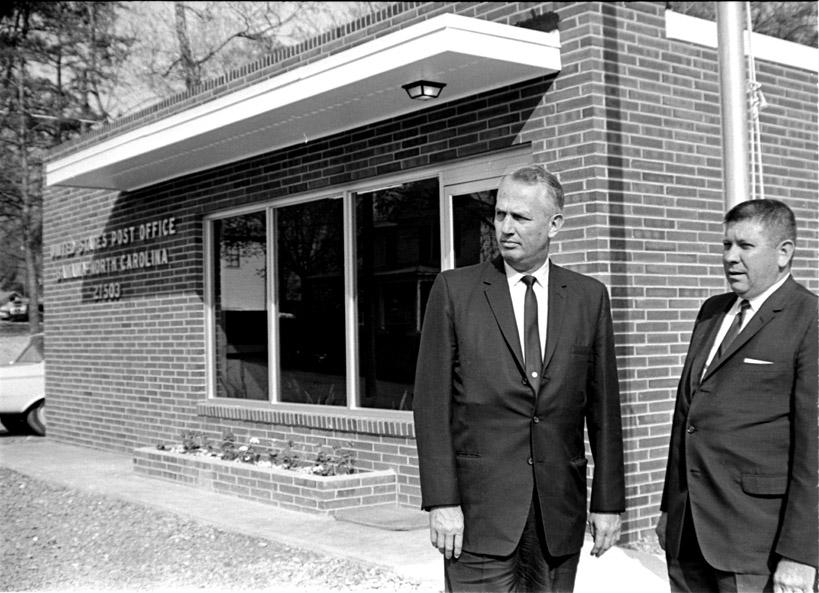 I don't know when the Norfolk and Western Line north of Durham was abandoned, but it has been long enough for reasonably sized trees to have grown up through the tracks. The mill has been closed a long time as well, and the depot at Bahama was torn down.

Bahama has retained its small-town character and charm with a variety of late-nineteenth and early-twentieth-century buildings. The Parrish store evidently attained some renown in the early 1990s for hosting regular festive dances, leading to Bahama being profiled in media such as Life Magazine, National Geographic, Our State, Down Home in North Carolina, and Charles Kuralt‘s On the Road. 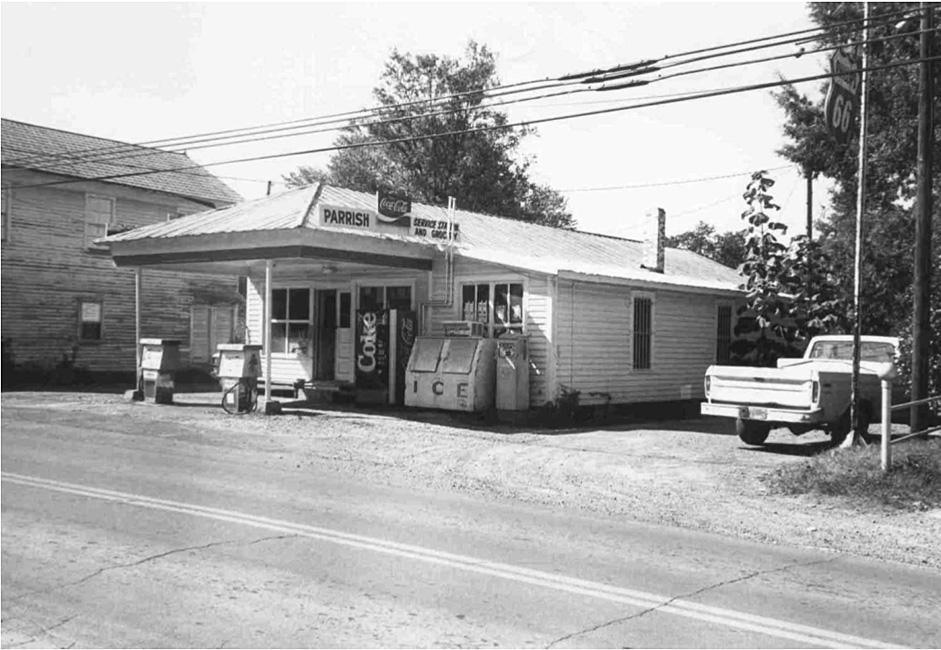 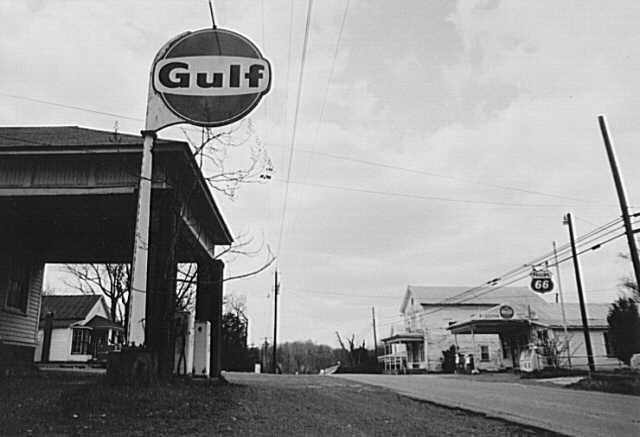 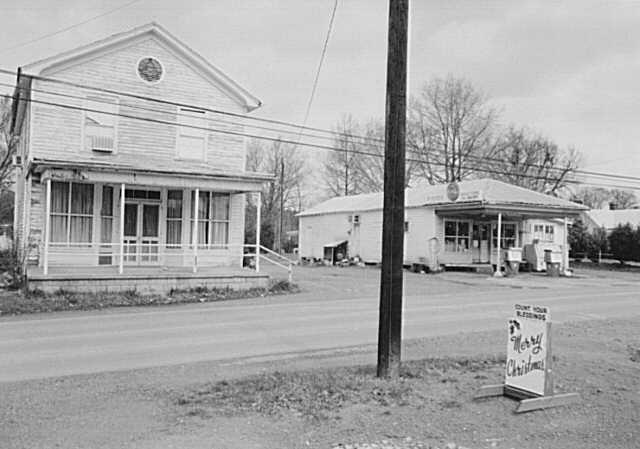 Parrish's store is now a gun shop, lowering Bahama's national profile. The town is a favorite spot of mine to swing through on a a nice drive through northern Durham county (if I could hack it, I'm sure it would be a great bike-riding waypoint.) 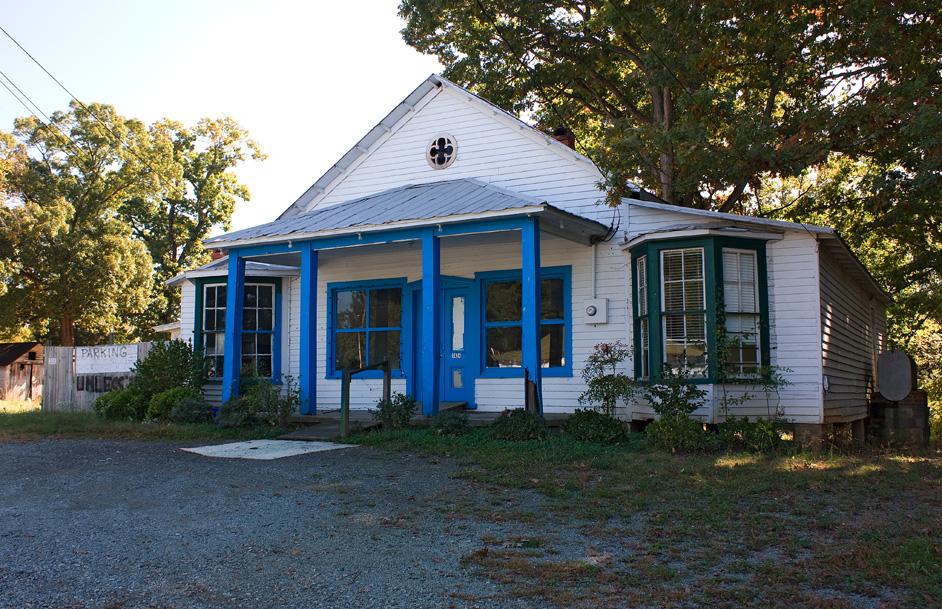 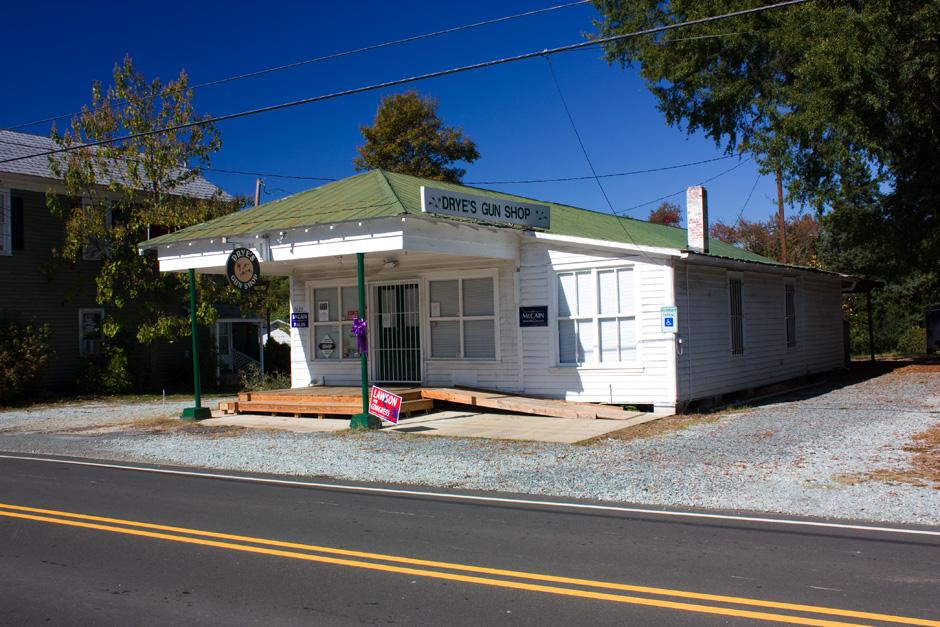 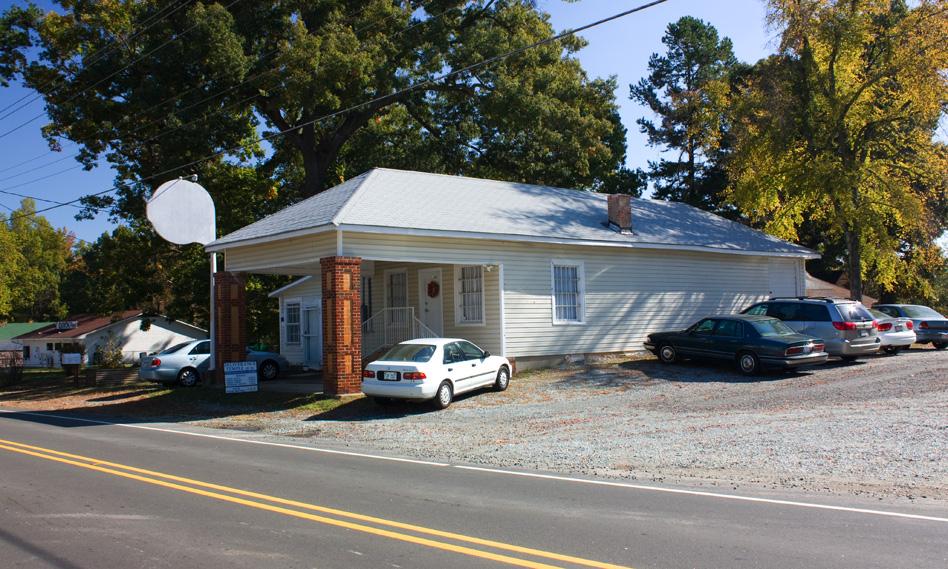 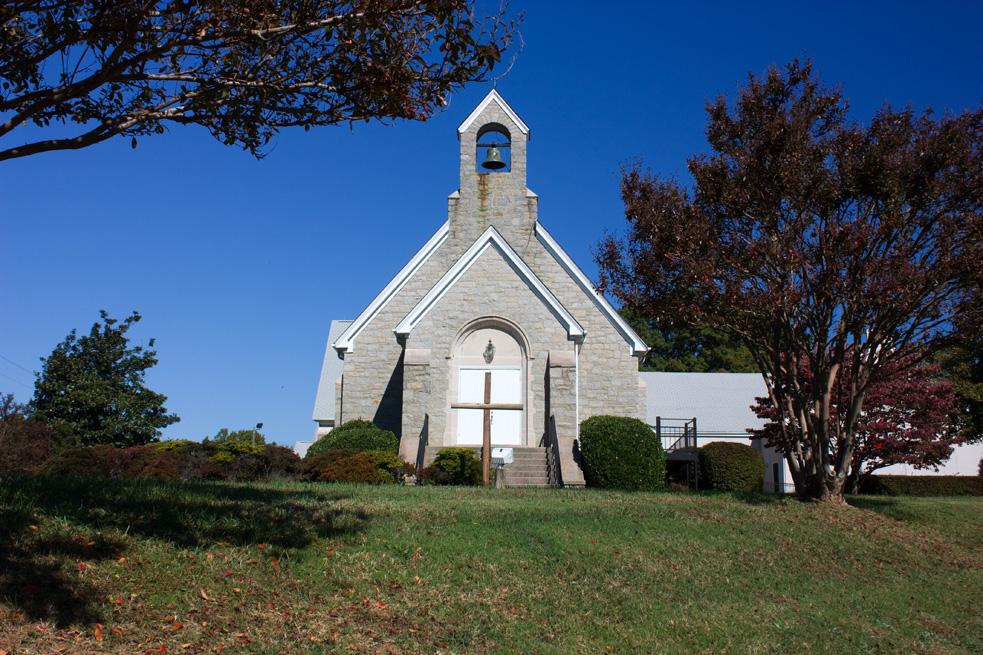 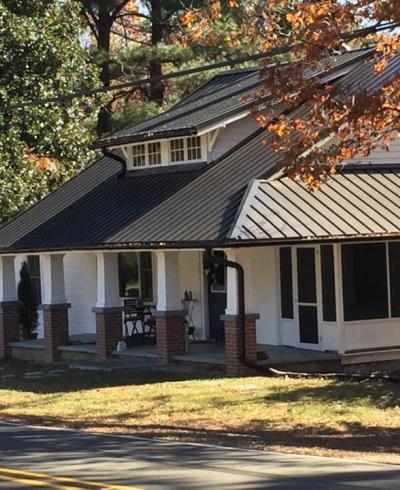 A side addition was added in 1957.
Read More 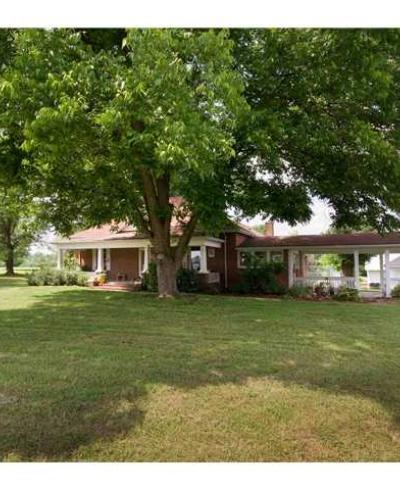 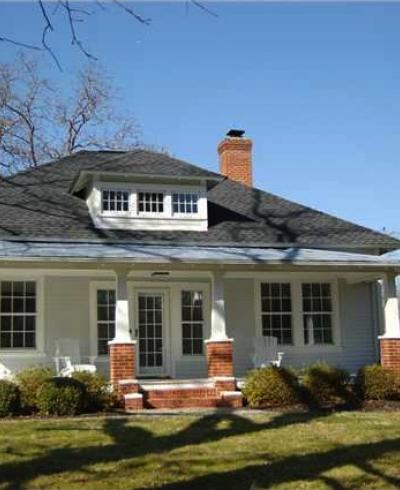 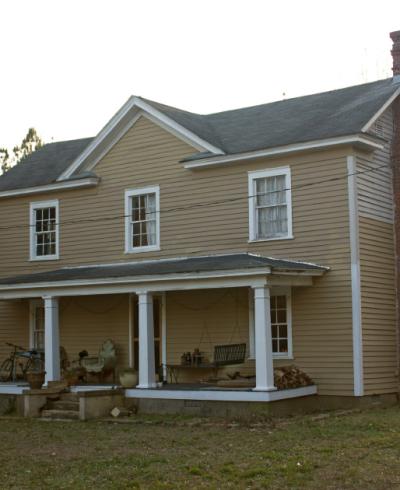 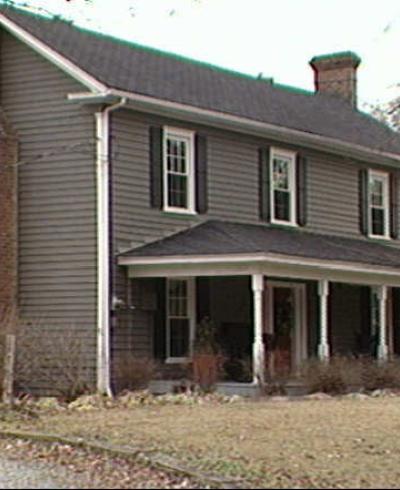 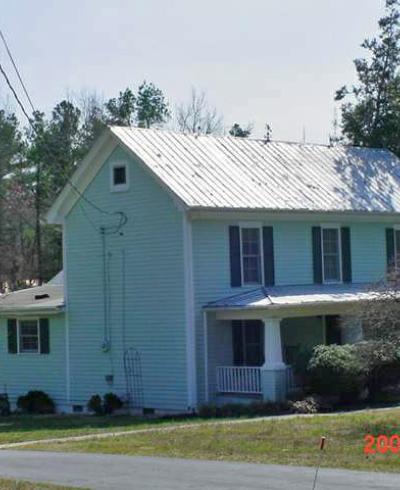 Built in 1918, this house lost its central chimney for bathrooms - which originally were housed in a three-seater outhouse.
Read More 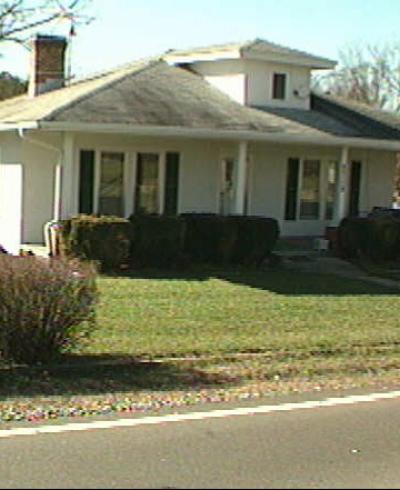 Mangums have been in the Bahama area since the 1750S. Marcus and Ida Mangum bought three acres of land in the village of Bahama in 1913, but the Mangum family soon outgrew the house that was on the property. Marcus wanted to recycle materials from the old house into a new larger one, so during construction, the Mangum family, which by 1919 included...
Read More 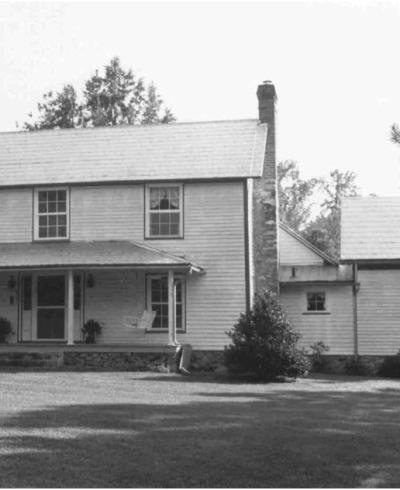 Individually-listed on the National Register, the 1850's (and likely earlier) Adolphus Umstead house once sat on 182 acres.
Read More 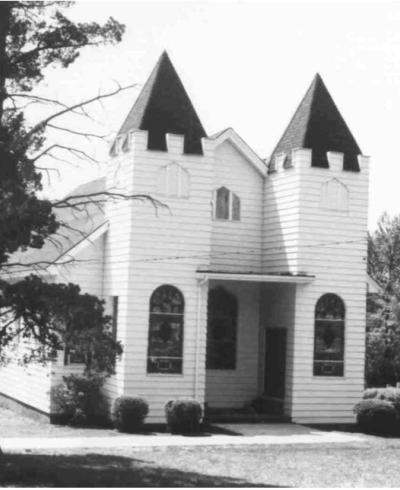 In 1892, a group of African-American worshipers organized a Sunday school in a log cabin beside the Norfolk and Western Railroad tracks one mile south of Bahama. The structure also served as an elementary school for black children. By 1915, the congregation had acquired land and constructed a small building at the site of the present church. As...
Read More 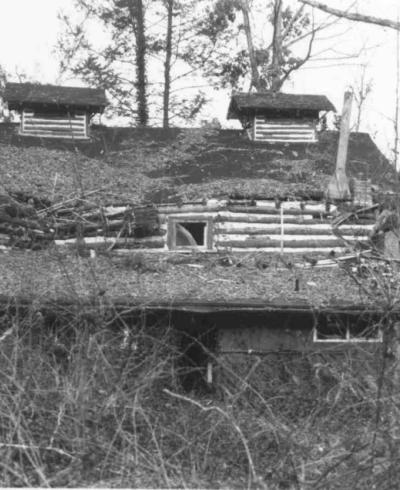 Late-nineteenth-century log camps in the Adirondack Mountains served as models for rugged vacation homes and recreational structures built in scenic areas during the 1920s and 30s. When a reservoir for the Town of Durham was planned near Bahama, members of the Seeman family, owners of the large and successful Seeman Printery, bought land east of...
Read More