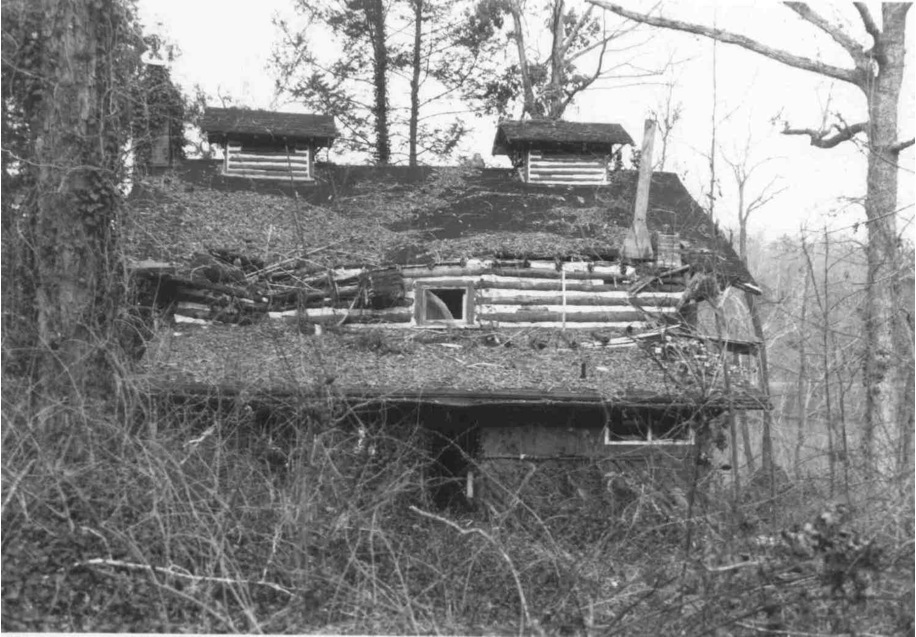 Late-nineteenth-century log camps in the Adirondack Mountains served as models for rugged vacation homes and recreational structures built in scenic areas during the 1920s and 30s. When a reservoir for the Town of Durham was planned near Bahama, members of the Seeman family, owners of the large and successful Seeman Printery, bought land east of the village along the Flat River. There they constructed a rustic Adirondack-style dwelling on a slope that eventually overlooked Lake Michie where Ernest Seeman, an amateur naturalist, frequently hosted members of an exploration group he had formed.

The one-and-a-half-story round-log dwelling is two piles deep and capped by a broad gable roof with a brick chimney on the north facade. Fenestration is varied; banks of casement windows with multiple lights are found on both floors and a belvedere at either end of the house along the roof ridge. There are numerous imaginative details: interstices in dark log walls are filled with short sticks placed at regular intervals and chinked with light-colored concrete; half-round and peeled slabs are placed diagonally on gable ends and on interior doors; and round logs serve as rafters and ceiling joists. A white quartz rock fireplace and a balustrade of interwoven branches that ornaments the staircase are outstanding decorative features. The dwelling has been vacant for a number of years and is deteriorating; the front porch has fallen; an enclosed frame shed porch at the rear of the house is unstable; windows are broken; and there is a large hole in the roof. A small log caretaker’s cottage near the south end of the property has been maintained and is still occupied.