The Fitzgerald family moved to Durham from Philadelphia (via Hillsborough) in the 1880s. Richard Fitzgerald established a brickyard near the current intersection of Jackson St. and Kent St. Within several years, he was the leading brickmaker in Durham and had expanded his business in real estate and banking. In 1890 he built a large home for his family at the west end of Wilkerson and the north end of Gattis Sts., which he called 'The Maples'. 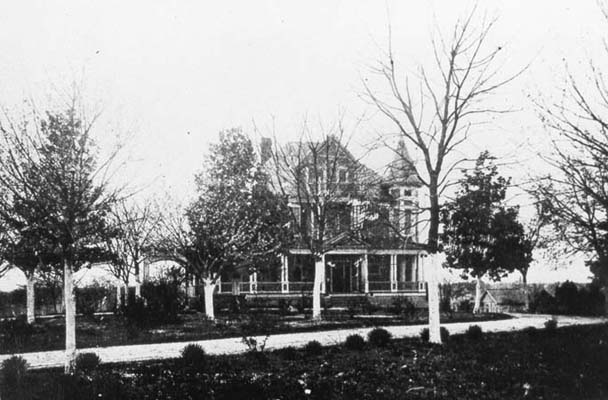 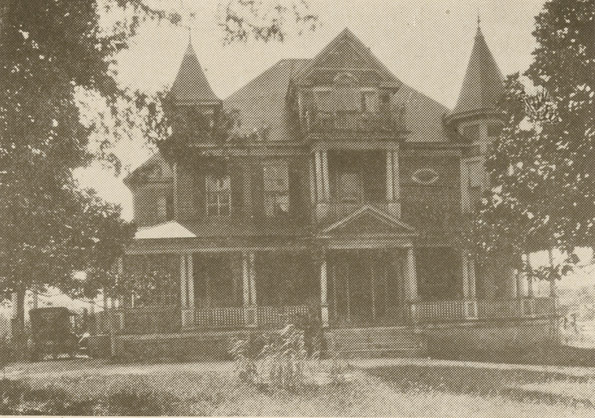 By 1937, 'The Maples' had burned down. In the 1960s or 1970s, Duke University built a hospital laundry facility on this land, which overlooks the low ground of Campus Drive. I believe the laundry facility is no longer in use.

Looking west from Gattis and Wilkerson. 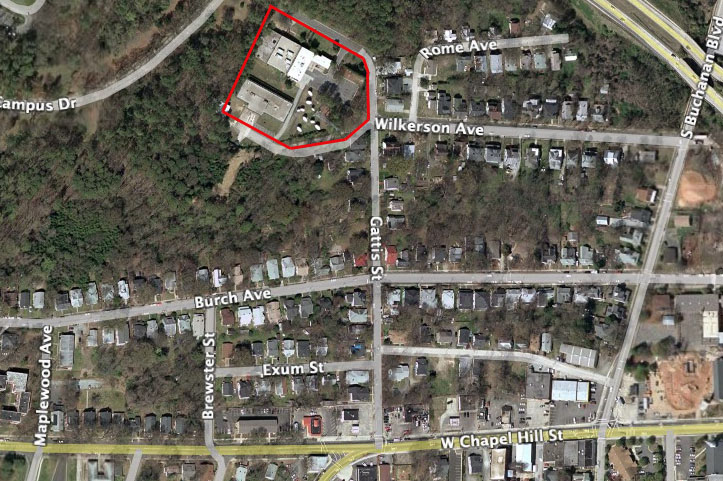 The site of 'The Maples' and the laundry facility.