828
Wilkerson Avenue
Durham
NC
Year built
1919
Architectural style
Bungalow
National Register
Burch Avenue
Neighborhood
Burch Avenue
West End
Use
Residence
Building Type
Residential
Local ID
103221
State ID
DH3062
Can you help?
You don't need to know everything, but do you know the architect?
Log in or register and you can edit this. 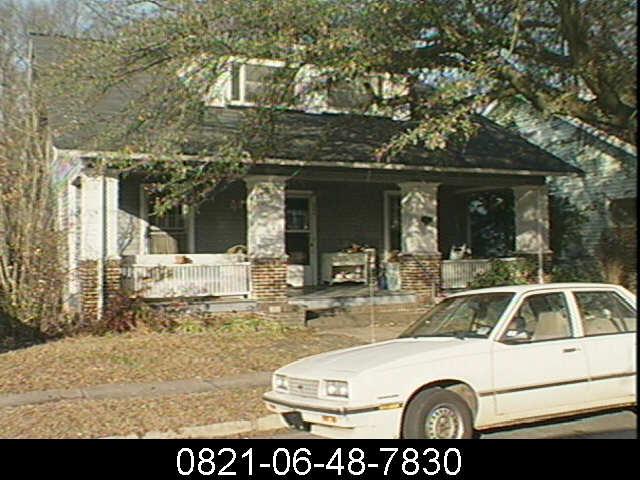 This one-and-a-half story, side-gabled bungalow is three-bays wide and triple pile. The house has an engaged front porch supported by shingle-covered posts on brick piers with an original wood railing running between them. The shed-roofed front dormer is covered with wood shingles and has two vinyl windows. The house retains original wood weatherboards throughout and has twelve-over-one wood windows. The front door is an original nine-light over three-panel door. A wide, shed-roofed dormer extends across the rear of the house. An earlier house appears on this site on the 1913 Sanborn map; however the house was likely constructed around 1919. The house was identical in form and detail to 826 Wilkerson, indicating that they were likely built by the same person. The earliest known occupant is J. A. Phelps in 1919.