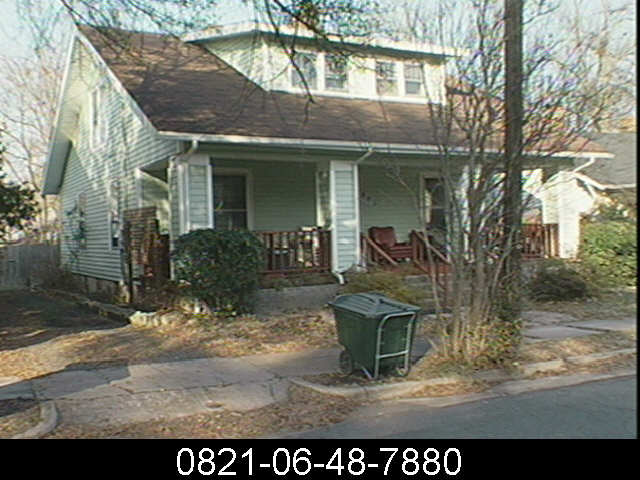 This one-and-a-half story, side-gabled bungalow is three-bays wide and triple pile. The house has an engaged front porch supported by weatherboard-covered columns that have been sheathed with artificial siding; a weatherboard-covered knee wall has been removed and a modern railing installed in its place. Two interior brick chimneys have been removed. The entire house has been covered with artificial siding and has smaller-than-original vinyl windows. The shed-roofed front dormer has a small vinyl window centered on the façade. The house has been expanded to the rear with the addition of a second story and two-story porch. An earlier house appears on this site on the 1913 Sanborn map; however this house was likely constructed around 1919. The house was nearly identical in form and detail to 828 Wilkerson, indicating that they were likely built by the same person. The earliest known occupant is C. F. Delamar (clerk, Liggett & Myers Tobacco Company) in 1919.