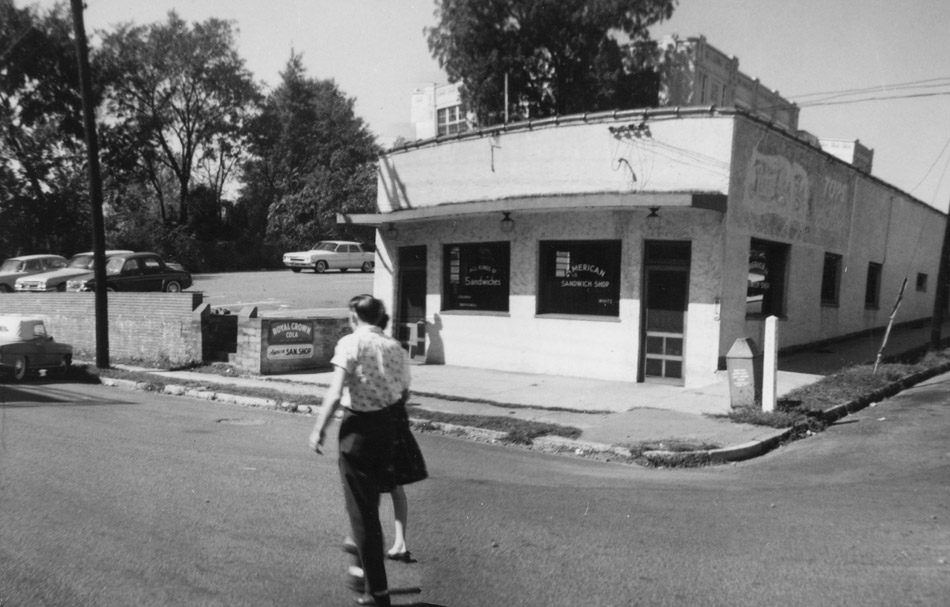 Sandwich shop on the southwest corner of Jackson Street and Carr St., looking southwest. The picture is a bit distorted because I spliced two old pictures together.
(Courtesy Durham County Library) 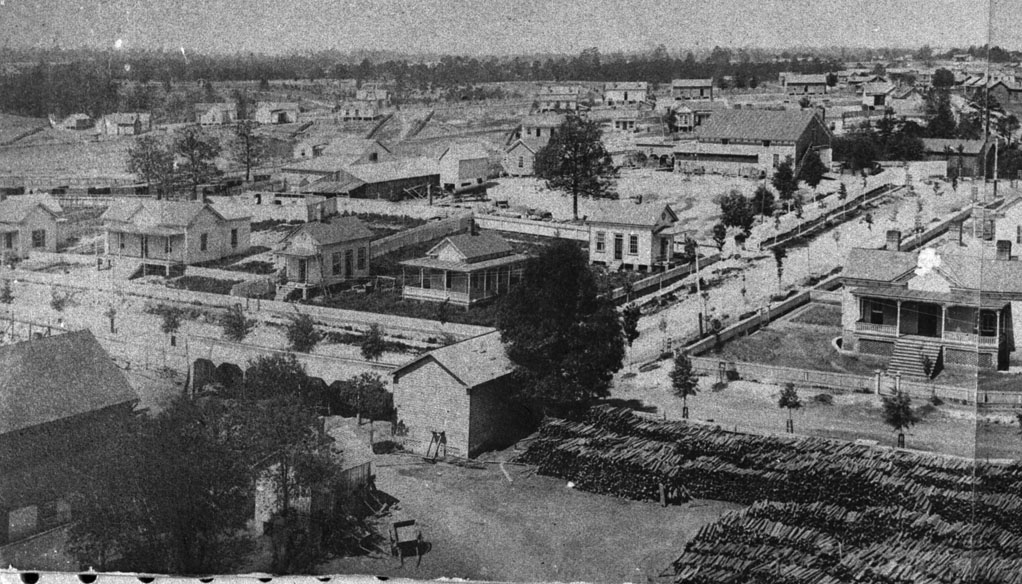 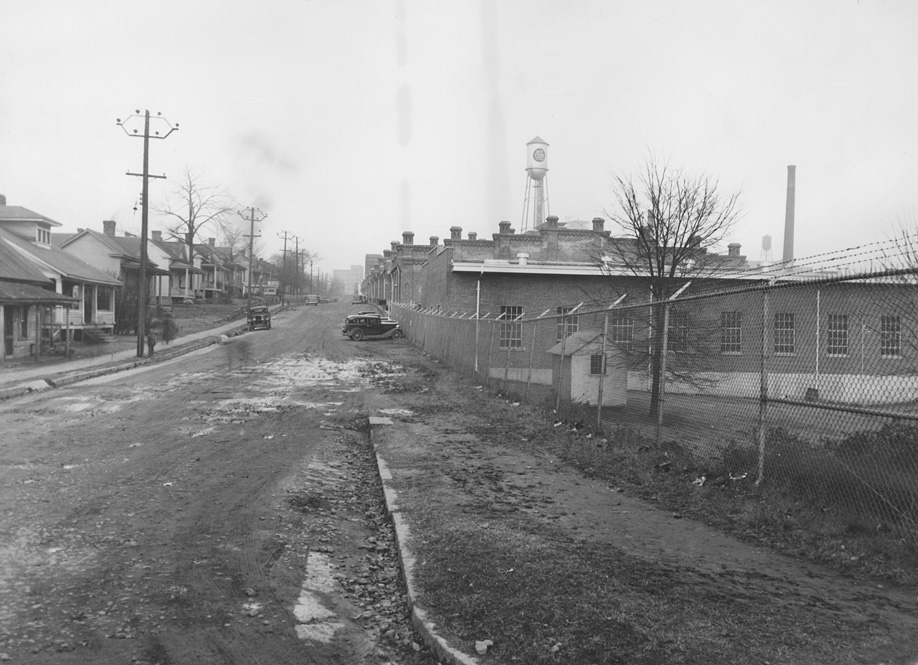 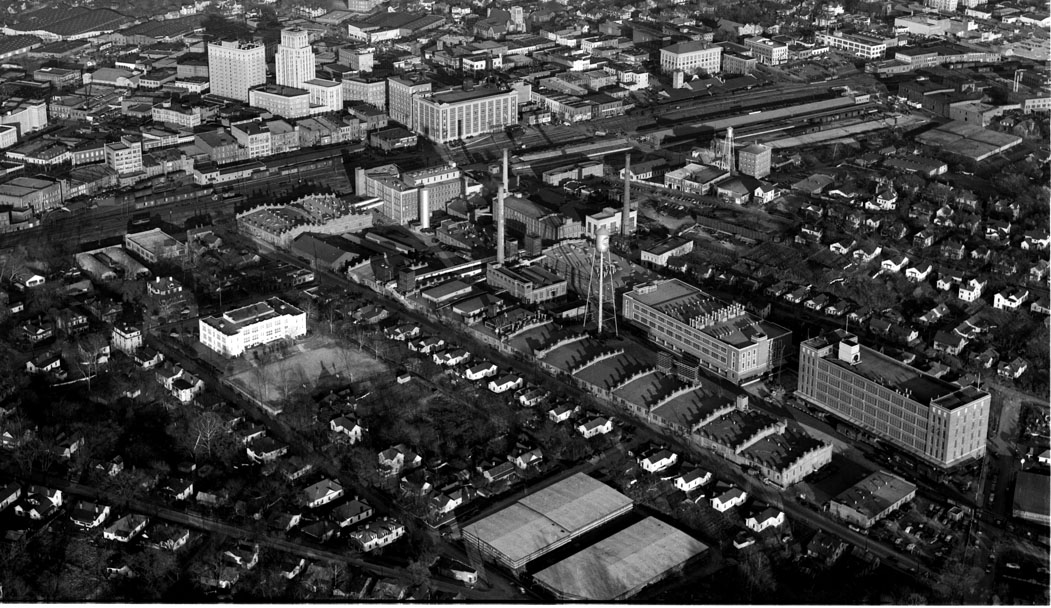 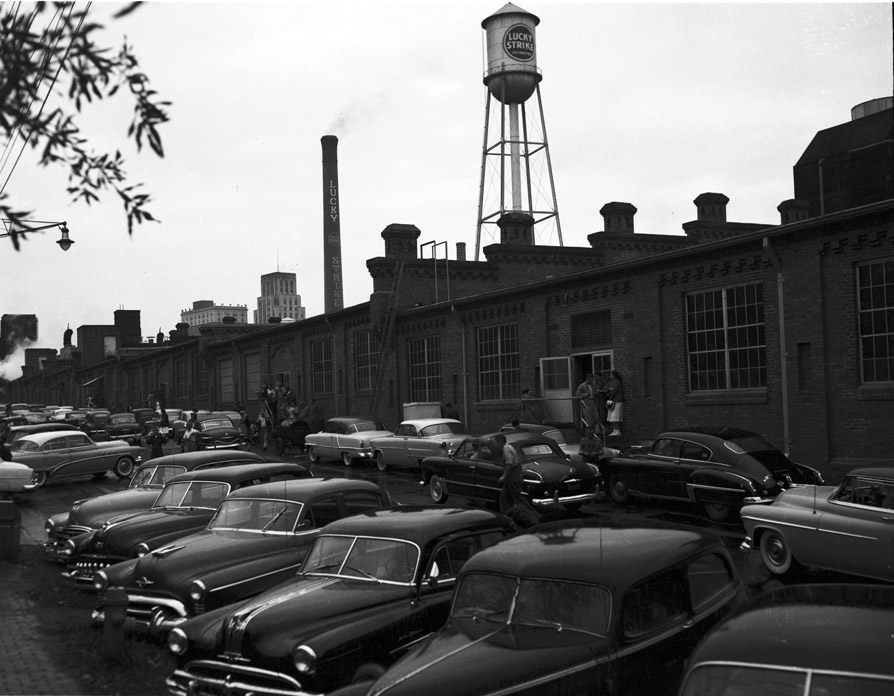 Most of these houses were torn down during the late 1950s/early 1960s for surface parking for American Tobacco, leaving only a few structures. Some were torn down for later commercial uses mid-century, such as 502-504

The remainder of these buildings were torn down by urban renewal. 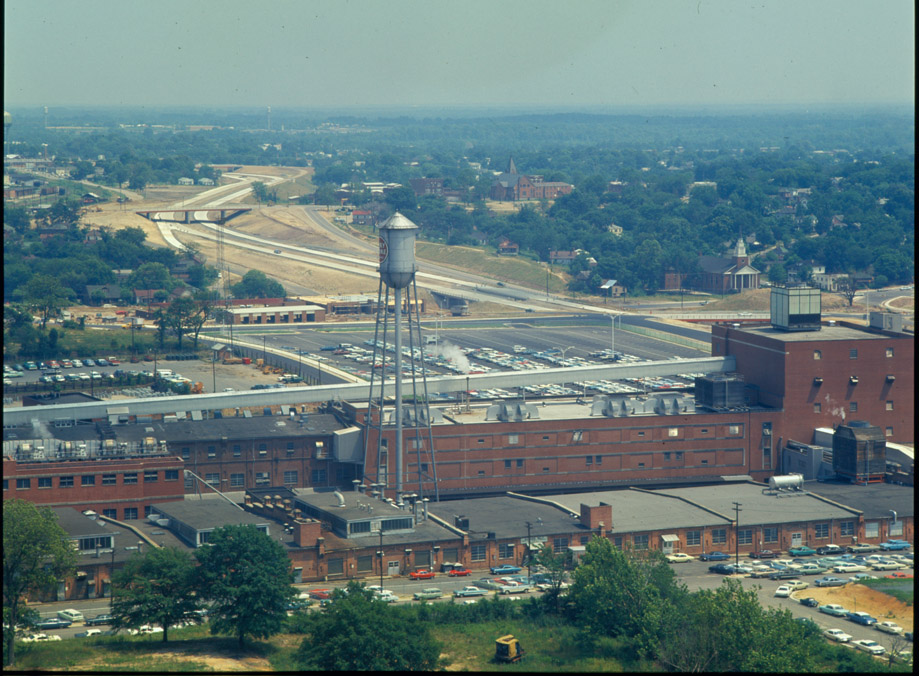 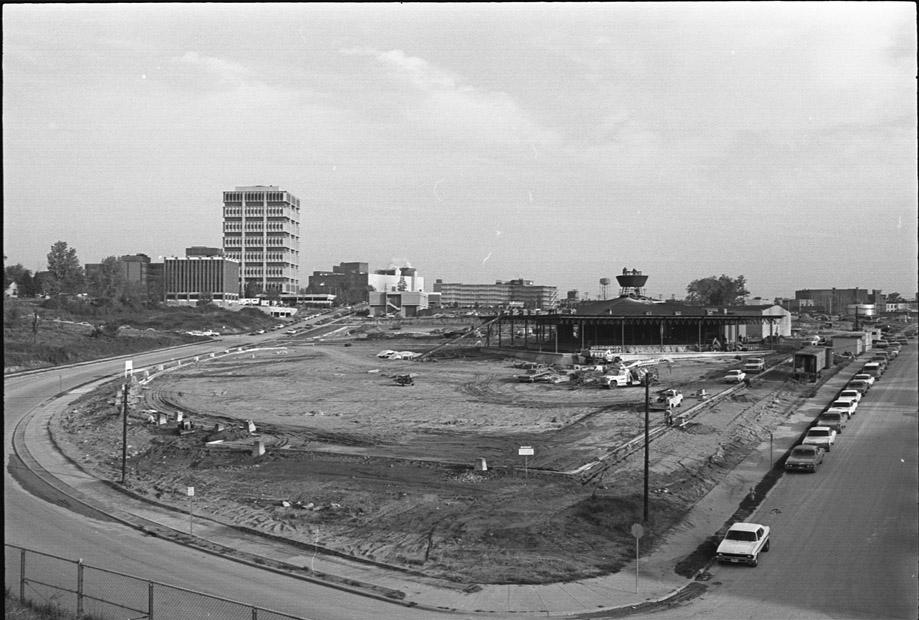