404
Formosa Avenue
Durham
NC
Year built
1935
Architectural style
Bungalow
Construction type
Brick Veneer
National Register
College Heights
Neighborhood
College Heights
Use
Residene
Building Type
Residential
Can you help?
You don't need to know everything, but do you know the architect?
Log in or register and you can edit this. 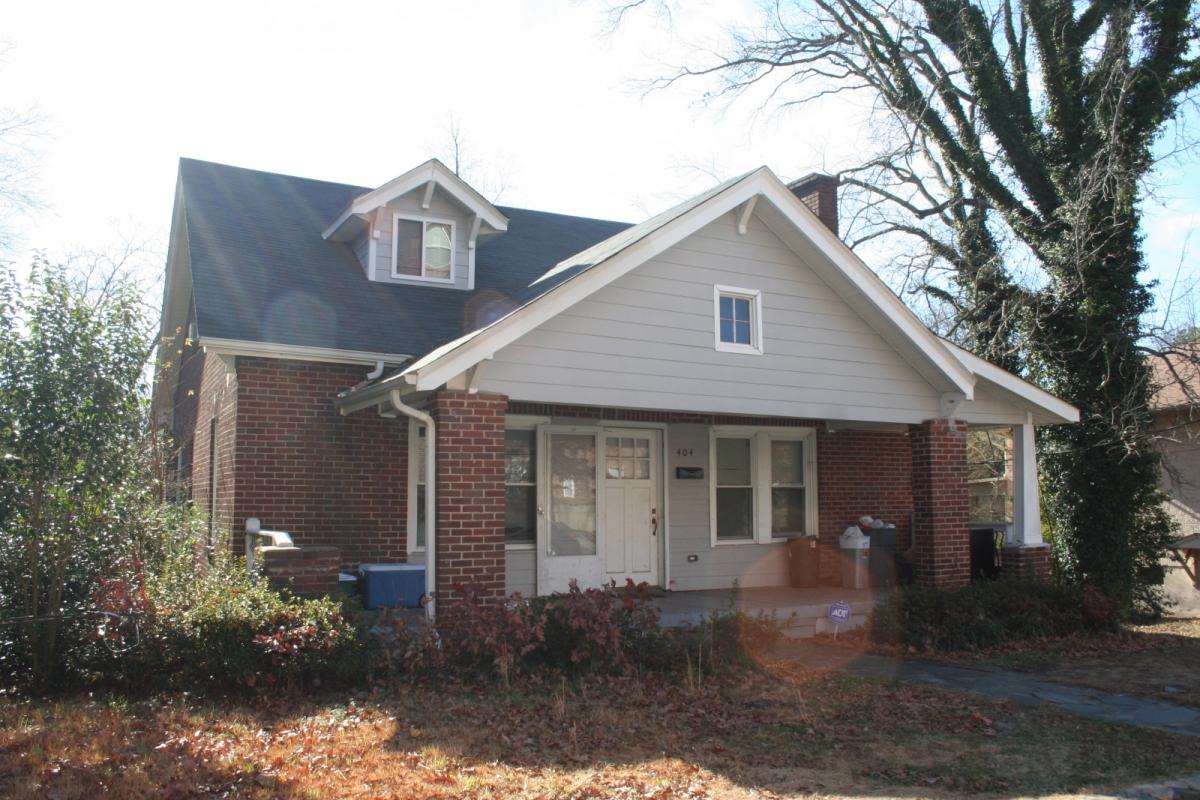 This one-and-a-half-story, side-gabled bungalow is three bays wide and triple-pile with a brick veneer, vinyl windows, and vinyl siding in the gables, dormers, and on the center portion of the façade, under the porch roof. A six-light-over-two-panel door, centered on the façade, is flanked by paired windows and sheltered by a three-bay-wide, front-gabled porch supported by full-height brick piers. There is a four-light window and knee brackets in the front gable. The porch floor extends as an uncovered terrace on the left (east) side and a terrace on the right (west) side has been covered with a later shed roof on a tapered wood post on brick pier, the roof installed after an original flat-roofed porte-cochere was removed from this end of the porch, after 1981. Gabled dormers flanking the front-gabled porch each have paired vinyl windows and knee brackets in the gables. There is an exterior brick chimney on the right elevation and a shed-roofed bay just behind the chimney has a triple window. Paired windows are located in the side gables and a shed-roofed frame wing extends from the rear (south) elevation. County tax records date the house to 1935 and the earliest known occupant is Booker W. Kennedy, an executive at NC Mutual Life Insurance Company, and his wife, Evelyn W. Kennedy, in 1940.

W.G. Pearson and his wife, Minnie S. Pearson, sold the lot to B.W. Kennedy on January 29, 1935.  The Kennedys lived in the house for many years.  After their deaths, their son, Booker W. Kennedy Jr., sold the house to Cecelia Davis on July 24, 2013.  The house had been rental property since the late 1970s.  Ms. Davis sold the property to Swing Set Properties LLC on March 5, 2014 and it remains rental property.