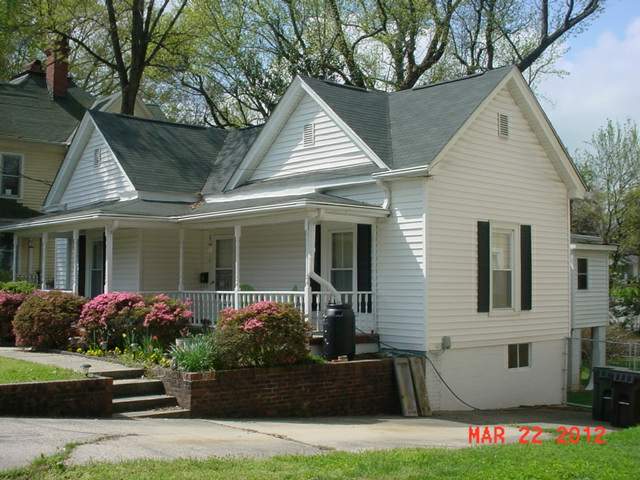 Vernacular 1-story house of gable-and-wing form, with a side-gable roof, a front cross-gable, a wraparound porch, and 2/2 sash windows. Alterations include replacement porch posts and railing and vinyl siding and trim. It does not appear in city directories until 1930, when Boroughs P. Roberts was the occupant, but it was obviously constructed earlier.

Wonderful as the city directories are as a resource, this is a good example of how relying solely on them - particularly without reference to other sources that can help account for changes in city boundaries and street numbering - leaves a lot of stones unturned.

B. P. Roberts purchased this property from E. J. Parrish in April 1907, one of hundreds of lots in what became northern Trinity Park, Trinity Heights, and Walltown that Parrish and other real estate speculators were offloading around that time.  A Durham native, woodworker, and longtime manager with the Durham Lumber Company, it is likely Roberts had this home built around the time he married Lottie Pendergraph in June 1908.  Indeed, he is described as a sashmaker living on Watts near "B" - as the westward extension of Green was long known - in the city directory for 1909-10.

The Sanborn Map for 1913 just barely includes what became the 1100 block of Watts, just beyond the Durham-West Durham line. 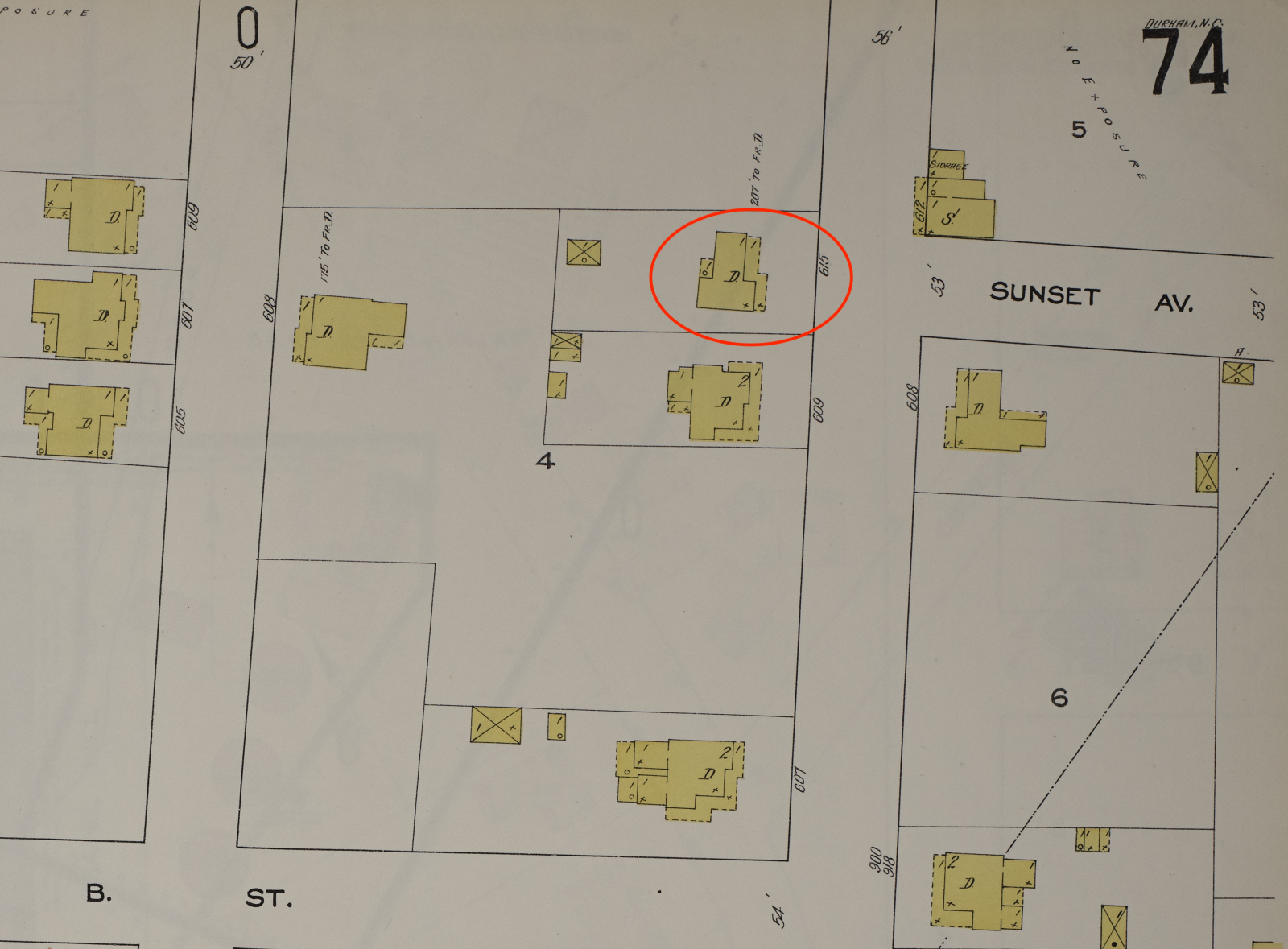 Excerpt of 1913 Sanborn Fire Insurance Map (online via Library of Congress) with 1115 Watts circled in red. Other extant structures include the Watts Street Grocery building at the top right, the neighboring Holland-Wilkerson house below the Roberts', and the Markham Farmhouse across the street. Note that the numeration classifies this as the 600 block at the time, while the extension of the same page to the south across the city limit (denoted by the dotted line, partially visible across the right edge of this excerpt) jumps back up to the 900s. "Sunset Av" is present-day Demerius.

Roberts remained with the same company and in the same house, raising his family and attending Duke Memorial Methodist Church - where he had been a charter member - until his death in 1936.  With several children still at home, Lottie Roberts remained in the house until the family sold it in 1959.  The buyers, Walter and Martha Sims, were already neighbors, renting an apartment at 1207 Watts.  She worked at Erwin Mills, while he was a post office employee.  The Sims would match their predecessors' half-century tenure, selling to the present owners in 2011.