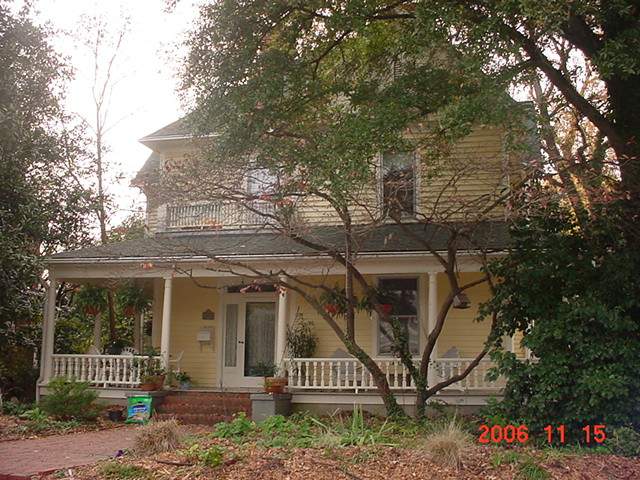 Although this house is not listed in Durham city directories prior to 1927, it appears to be contemporary with the almost identical Stephen Gates House at 1319 Watts St., dating from the 1910s. The earliest known occupant of the house was an insurance agent named W.C. Lindsey; during the 1910s the house was occupied by a dentist named Nathan T. Holland. By 1938, a popular Durham contractor named Oscar W. Wilkerson and the architect A. Ernest Wilkerson were residing here. The two-story form with central hipped roof and shallow gabled wings is distinguished by a small second-story balcony; decorative gables are filled with butt-end shake shingles. When a later owner restored the property in the 1970s, he unearthed gardens in the back yard which included a brick wall, brick walks and a pond.