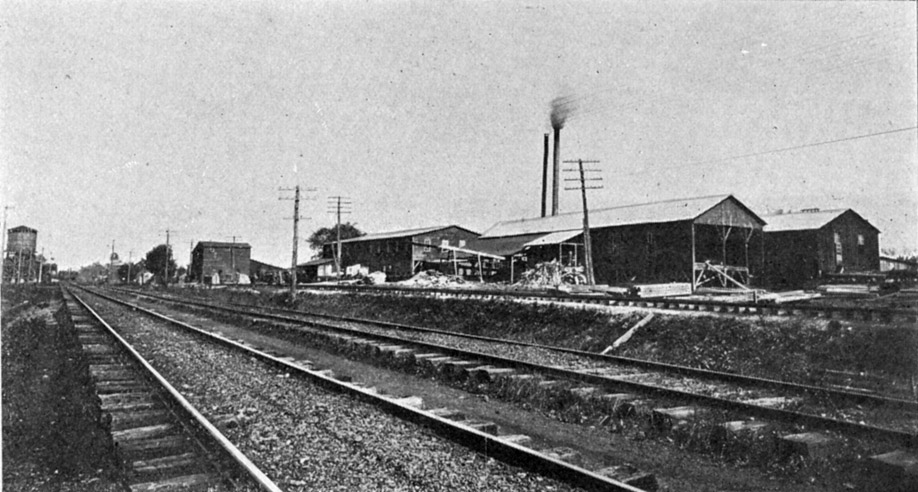 "Among the lumber manufacturers of North Carolina, one which holds a prominent position among the leaders is the Durham Lumber Company, Incorporated. This company, which was incorporated in June 1909, is the direct successor to the business of the WT Carrington Lumber Co., which had been in existence for about five years, they having succeeded the old Durham Lumber Company. The present company has an authorized capital stock of $125,000 and does an enormous business in the manufacture of lumber, sash, doors, blinds, and general builder's supplies. They have large mills and yards in East Durham, their main building being of two stories, 50 x 150 feet in dimensions and with saw-mill in connection. They employ a staff of about eighty-five expert men and assistants, and not only supply builders and contractors throughout this district, but also ship a great deal of their manufactured goods to the Northern States. They make a speciality of band-sawed North Carolina pine and hardwood lumber, and have their plant completely equipped with modern mill machinery. The officers of the company are all gentlemen well known in local circles as men of the utmost integrity and splendid business ability. The President is Chas. A. Gribble, who was connected with the building business in Ohio for Some years before coming to Durham. The vice-presdient is James B. Mason, cashier of the Citizens National Bank, and vice-president of the Commonwealth Cotton Manufacturing Co. The Secretary-Treasurer is Dillard C. Mitchell, a most capable man for his important position. He has had long experience in the lumber industry, and is an acknowledged authority on all matters pertaining thereto."

The site has remained industrial throughout the 20th and into the 21st century. Delta Gypsum currently calls it home; the site is owned by Jeth Corporation of Oxford, NC.