1820
James Street
Durham
NC
Year built
1890-1920
Year(s) modified
1947
1996
Construction type
Masonry
Frame
Neighborhood
Lakewood-Tuscaloosa
Use
Institutional
Dairy
Building Type
Industrial
Can you help?
You don't need to know everything, but do you know the architect?
Log in or register and you can edit this.

The history of Lakewood Dairy extends back to the early 20th century, when the Ward family had farmland extending from present-day Ward and James Streets to Chapel Hill Boulevard. A large two-story house was located on James St. with barns and other frame buildings to the west-southwest. 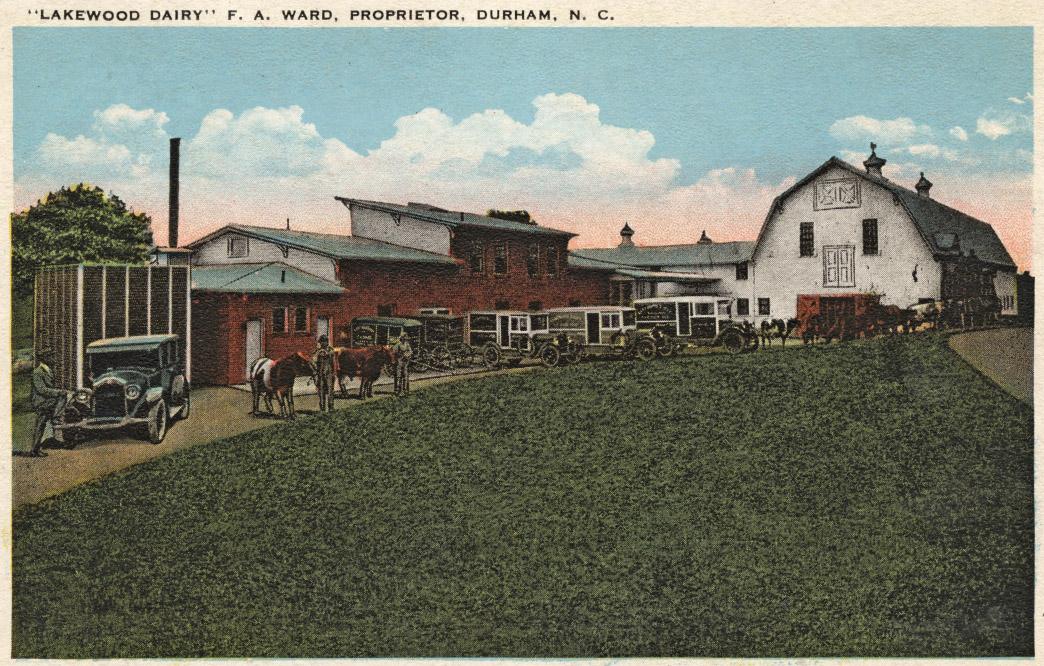 FA Ward delivered milk in horse-drawn wagons throughout the neighborhood, and contributed generously to Lakewood Baptist Church. After his death in the 1920s, his sons sold the Lakewood Dairy to the Pet Dairy Company, which tore down the frame structures associated with the dairy and built the still-extant office building on James Street.

In 1940, a group of 162 'dairymen' affiliated with the Central Carolina Farmers' Exchange on Gilbert St. purchased the dairy from Pet Dairy Co. Another source states that Long Meadow Dairy acquired Pet Dairy in 1947, and then "modernized the plant on James St." The same source says that in January 1950, a cooperative of dairy farmers purchased Long Meadow Dairy, become Long Meadow Farms Cooperative, operated by "134 member-producers in the Durham milkshed." 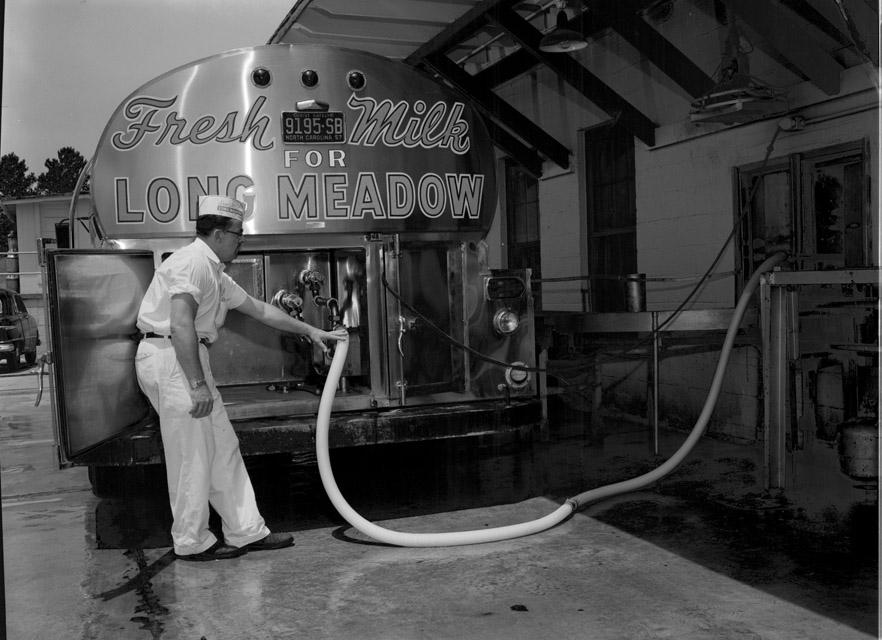 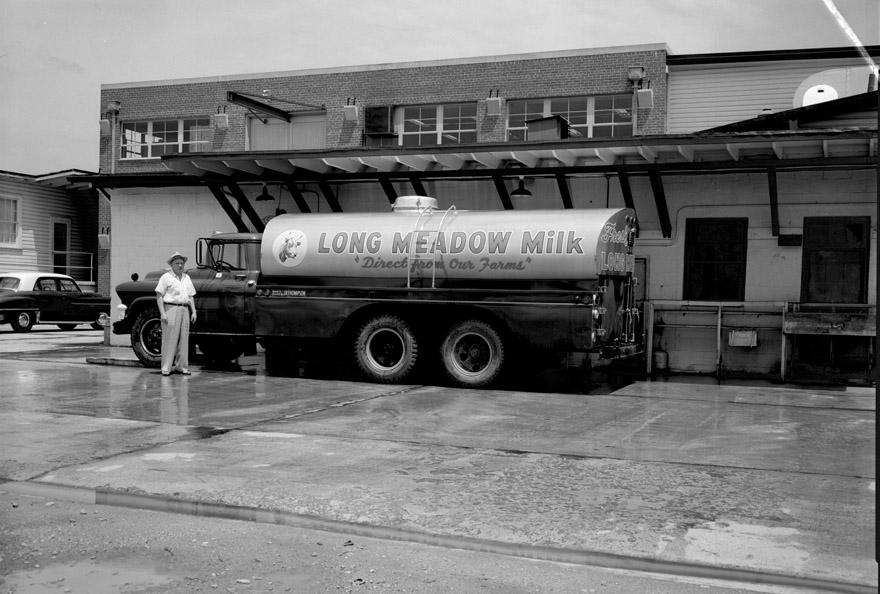 During the mid-20th century, parcels of former farmland were sold off and developed, becoming single family homes and apartment complexes. 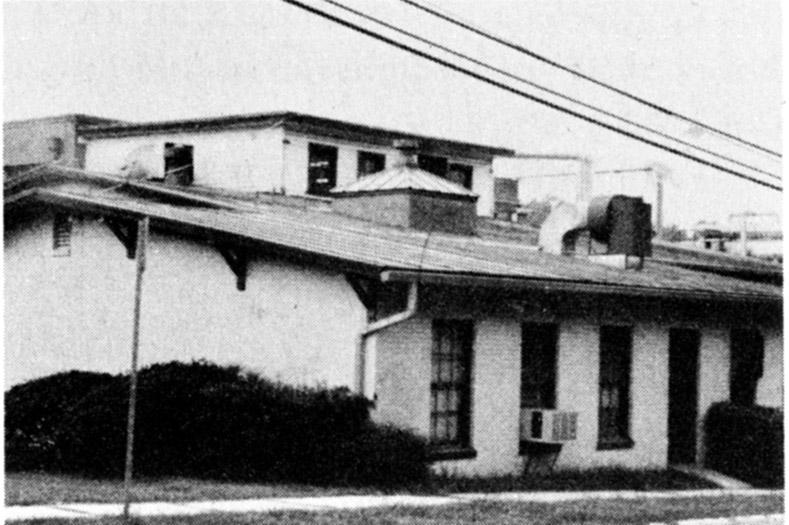 The dairy moved into the hands of Flav-o-Rich at some point, and had shut down by the 1990s.

In 1996, TROSA (Triangle Residential Options for Substance Abusers) purchased the dairy site, which by that time was composed of a 13-acre site with 3 buildings, 6 automotive bays, office space, and 100,000 sq. ft. of storage. TROSA operated their moving services out of this facility for several years, but they are currently in the midst of converting the buildings into a residential campus.

TROSA Moving no longer operates out of that location. Our moving co. is located on Mallard Ave. We also operate a storage facility on E Main. TROSA is 3 years into a 5 year project that is turning the James St. facility into a campus that will house 90% of our residents.

I found a clear glass bottle in a creek today that says "Lakewood Dairy Durham NC Half Pint Liquid". I'm wondering if this bottle is from the 20's or did Pet Dairy continue to use the Lakewood Dairy name after they bought it.

After Flav-o-rich shut down the plant, the owners of the property attempted to have the property re-developed as a shopping center. The Tuscaloosa-Lakewood Neighborhood Association fought this proposal vigorously, arguing that the grandfathered industrial zoning status of this property was not a good reason to drop a high traffic commercial operation into the middle of a residential neighborhood. After this rezoning failed, TROSA purchased the property.

I am looking for pictures from the Long Meadow Dairy Bar...which is now the building of The Original Q Shack. Does anyone have any or know where there are some posted? Amanda

I have a Long Meadows Dairy 1/2 pt. dairy bottle.
Please, let me know if you are interested.
Tammy

Could you send pictures? What do you want for it?3

This message is for Kelly. My friend Troy Lloyd ask me to put this message out here for him. His family used to run the Lloyd's Diary over in Efland. Part of his tasks as an employee of the dairy was to deliver the milk in the cans to the Lakewood Diary. He is very familiar with the dairy and its history.

My Father C.A.HAWKINS WORKED FOR Long Meadow Farms for 38 years. I have some really great memories of him on his big truck. all the christmas preasant's he would bring home, early to bed early to rise. I was real young and didn't know how HARD my Daddy worked to keep his family going, but now I know.very hard, never complained, Loved working for this company. alot I could tell, but don't have the time. then it turn to Flavor Rich. he was still working then for a long time. but one day he worked all day hurting,when he came home after his job, he went to the Doc. he was and did have a heart attack. he got ok, BUT he still finished his job that day even though he was hurting,because he knew his customer's were counting on him to be there. my Daddy passed away in Jan. of 1997. I miss him terriably. but he left me with lot's of good " Memories". and how much hard work ment. I would Love to have a Long Meadow Truck. to set,and remember my childhood day's and how Hard my "DADDY WORK" Thank you Long Meadow Farms for giving this job to my Daddy Long ago. Millie Hawkins Lamberth.

My Father,Melvin Whitfield was a Long Meadow producer. He talks about the horse drawn milk wagons and how he wanted one off the horses real bad when they sold them. Any one know where I could get a picture of one of the horses and milk wagons?

Just found a half pint bottle in a dump from the 1920s-1930s less than a mile from the old location of this dairy. The bottle says: "Half Pint Liquid, Wash And Return, Lakewood Dairy, Durham, NC, Phone 9801, Registered" It has a few scuffs on it and it is a bit dirty from being buried all these years. I would love it to go to someone who is looking for a bottle and worked on this dairy or is close to it in some way. Send me an email if interested.

Anyone know of a Long Meadow affilated dairy farm off Leesville Rd.in Durham County ? May have been in 40's or 50's , thank you .

My mother was the Lab Technician at the Dairy for over 30 years, I was Basically raised at the dairy, she would take me to the different farms to check the bacteria in the milk. Mr.Frank Weaver was the Plant manager.I also worked the summer of 1974 there. Once a year all the Farmer Producers would have a big get together at the dairy to celebrate the years business success. The Good Ole Days.

My father was the supervisor of Health Inspectors for Durham County. Back then dairy farm and plant inspections were under County jurisdiction. I have many memories of trips with him to Long Meadow for inspections or my favorite to collect milk samples to be tested. He always said he felt like he was part of the Long Meadow family of employees. We would leave James Street with chocolate milk, and stop at Davis Baking around the corner for a long john. I also remember the family dinners at the plant each summer for all the producers employees and their families

My dad worked at the dairy from around 1941-42; it was then Pet Dairy. His name was Aubrey Pierce. My mother was Ruby Pierce. We lived in the little white house across the street from the dairy, 1809 James Street. My sister, Judy Pierce Fleming , was born in 1944. THE MAN PICTURED IN THE SECOND IMAGE OF THIS SITE IS: VERNON WEAVER. Mr. Weaver and his wife, Becky, and son Billy lived at 1415 James Street. We were members of Lakewood Baptist Church and close friends with Mrs. F.A. Ward, Sr., whose husband founded the Lakewood Dairy. She lived in the big two story house that they built when they founded the dairy; it is no longer there. My dad started out as a milkman and was later "promoted" to the office where he was an assistant bookkeeper; he continued to work for the dairy and its successor, Long Meadow until around the mid 50's. Other dairy employees that I remember were Mr. Register (who was the manager of Pet Dairy); he lived in the house on James Street that sits between Ward St. and Wallace St; the house still stands. I also remember a Mr. Strickland (known as "Strick") who was the manager of the mechanic shop for truck maintenance. I do not know where "Strick" lived. I graduated from Durham High School in 1954 and left to attend and graduate from Wake Forest College and I have not lived permanently in Durham since then. I would love to hear from any other people who have dairy memories from the 40's and 50's.

Grew up drinking Long Meadow delivered milk. Still have the milk box that the deliveryman used to put our weekly milk order in. Milk today doesn't taste as good as the fresh milk from Long Meadow farms. However, found a dairy in Hillsborough, Mapleview Farms, who deliver to some area stores…. very close to the milk I grew up on. I know we had Long Meadow milk from the late 40s into the mid-60s. We drank a lot of milk! Still love it too!

Yes, grew up drinking Long Meadow milk and remember all the years they delivered milk and place the bottles in a Long Meadow milk box.  I still have this metal box.  Great milk with that cream sitting on top when you opened a bottle.