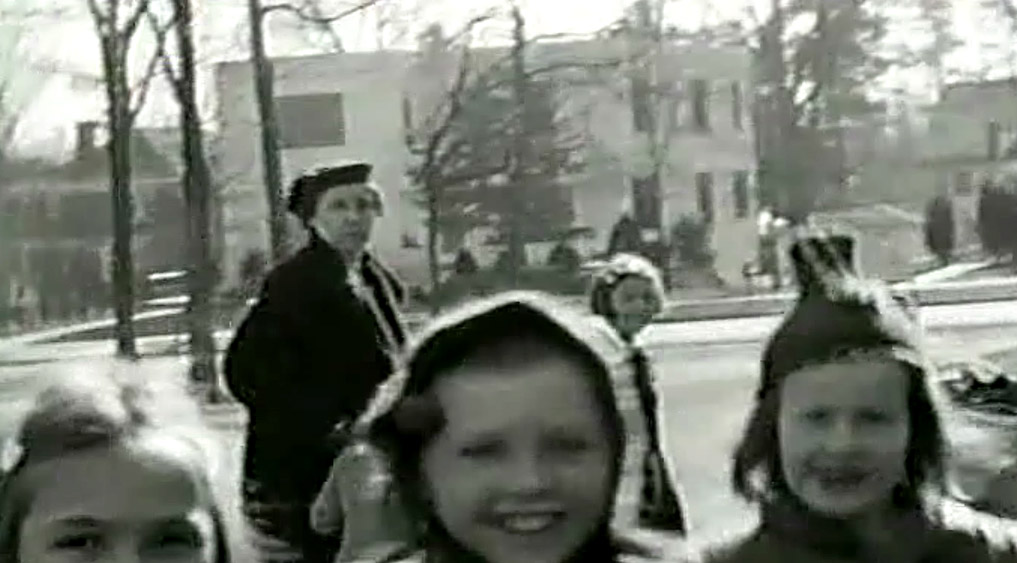 The Evans house was built in 1937 by Eli Evans and his wife Sara; Evans had come to Chapel Hill to attend UNC from Fayetteville, and Sara had come to Durham with her parents, the Nachamsons, who started United Dollar Stores on West Main Street. Eli and Sara were married in 1928 and took over the United Dollar Stores - which would become Evans' United Department Store - in 1929.

I'm unsure where they lived prior to commissioning this house, but they hired Durham architects Atwood and Weeks to design the house in a very-unique-for-Durham International Style in 1938. Per the Historic Inventory, "the builder of the house tested the design by constructing clay models to be sure that the curved wall of glass brick would be structurally sound."

The house was built as a duplex, and the Evans rented out the second floor apartment. They lived in the house until 1950, when they moved to another modernist house at 1401 Forestview in Forest Hills. Evans would serve Durham as its mayor from 1951-1963. 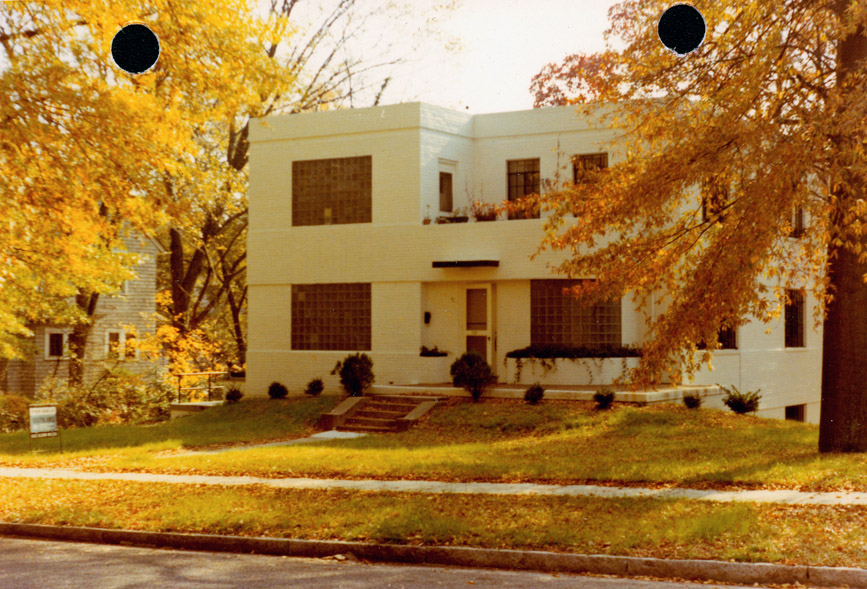 The house later became a sorority house, per the historic inventory, with the large basement "used as a game room." It was subsequently further divided into apartments. In 1994, the then-owners received a Pyne award from Preservation Durham for restoration of the house. 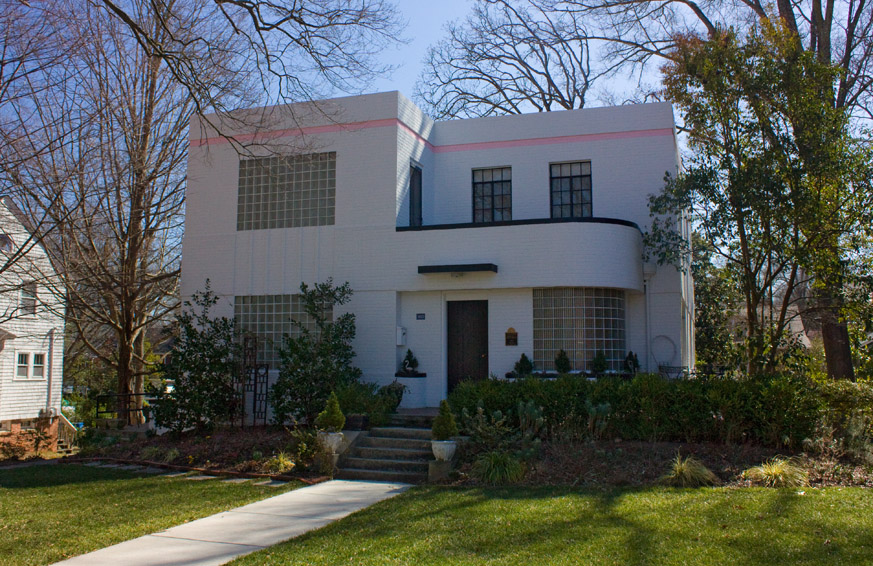 This reminds me of another

This reminds me of another house, except all pink with red trim(!), on Hwy 158 heading from Roanoke Rapids to Weldon, NC. The 'Pepto-Bismol house' served as a landmark when giving directions. :)
Now I'm curious who designed the house at 655 Hwy 158 in Weldon. I had always assumed the style meant it was more recently built than 1940; obviously, I've assumed incorrectly.

This style dates back to the

This style dates back to the mid to late 20s Germany - beginnings of the "International Style": http://en.wikipedia.org/wiki/Weissenhof_Siedlung

Hahaha... I can see why few

Hahaha... I can see why few houses are built in the "international style"!

I like modern homes - we lived in an Eichler townhome in CA - but I agree with Dollar, this isn't by cup of tea. But hey, diversity is Durham's calling card.

What a very unique house,

What a very unique house, especially compared with most of its neighbors. The pink trim is pretty far out too. But how fortuitous for Durham that it not only survives, but was correctly renovated. Very cool.

Dollar, sorry we cant all

Dollar, sorry we cant all live in Khaki pants and button downs. I love this house! Think Pink!

I lived in the upstairs

Eli told me that the upstairs 2-bedroom apartment was built for and used by Mutt Evan's maiden aunts.

The current owner of the home makes elegant and detailed bird houses, and during a visit Eli commissioned two bird houses that would look like his former home.

The basement is a "walk out" basement.  The three-story stairs on the back of the house can provide significant exercise.

The house still has its original gas-fired hot water heating system.  Modern air conditioning has been installed, but the hot water system is kept in working order for emergencies since it doesn't require electricity to run.  A number of people "camped" at my apartment following a major ice storm that knocked out electricity in Durham for days.

The pink house in Weldon

My grandmother, Cornelia Miller Harris, lived in one of the upper floor appartments, (there were 2 upper floor appts at that time)during the 1950's until about 1970 She worked at Liggett and Myers and took the bus to work every day down at the end of the street on Gregson. She died in 1987. I loved this appt. We had to use the side door, and could run up the steps to see her. The other tennent upstairs was "Pearl" but I don't remember her name.