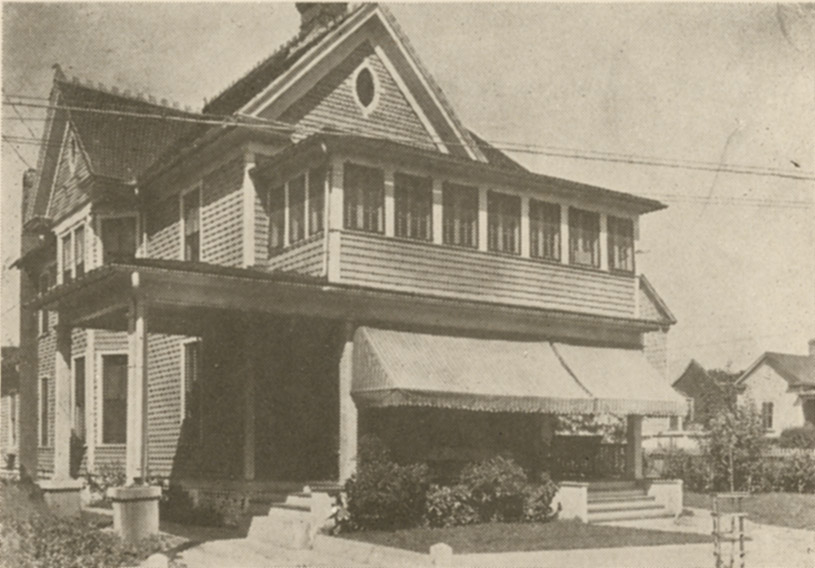 Spaulding, a cousin of Dr. Aaron Moore was born in 1874 and, like Moore, was born in Columbus County to a family that had been free landowners prior to the Civil War. He attended the Whitted School in Durham, graduating in 1898 at age 23. He held a multitude of jobs prior to accepting a position with the North Carolina Mutual Company, most notably starting out as a dishwasher before "moving his way up to bellhop and waiter." (I'd love to know where this was - perhaps the Jones Hotel?) He became the manager of a grocery cooperative to which 25 community members had each contributed $10 - this venture failed shortly thereafter.

In 1899, John Merrick and Aaron Moore brought Spaulding into the formation of the Mutual Company, installing him as General Manager of the company. He was the only employee at the outset, and did anything that was needed to keep the company's operations afloat - bookkeeping, agent, cleaning, etc.

In 1908, Spaulding became secretary of the Bull City Drug Company in 1908. Like Moore and Merrick, Spaulding had his hand in a multitude of local business ventures.

He was elected to board of the Slater Fund and was the regional broker for the Rosenwald Fund - both providing funds to further educational opportunities for African-Americans and served on boards of the Southern Educational Foundation and the North Carolina Commission on Interracial Cooperation.

Spaulding was appointed national chairman of the Emergency Advisory Council of the Urban League, organized to enlist support for the New Deal among African Americans.

Locally, particularly after the deaths of Moore and Merrick, Spaulding had a strong leadership role in the African-American community. He organized meetings between African-Americans and friendly whites in the early 20th century to forge alliances against the rise of the Klan. During the 1930s, he campaigned for the inclusion of African-Americans in juries, and better policing near African-American schools.

Spaulding could be conservative, however; when C.O. Pearson and Cecil McCoy tried to push the integration of UNC Chapel Hill (the School of Pharmacy) in 1933 through court action, Spaulding tried to dissuade the men from proceeding. As Anderson notes:

"Spaulding knew how to capitalize on fear that the more radical blacks stirred in white leaders, disposing them to compromise or concession... He felt free to explain the radical viewpoint without seeming to share it."

Spaudling advocated for adequate funds for Hillside Park in 1935 (Durham had budgeted a $39,000 WPA grant, which was unfavorably compared with Raleigh's $125,000 grant for a park for African-Americans.) He pushed for completion of the Whitted School as a high school, and the expansion of the East End School.

He was also a principal in the founding of the Durham Committee on Negro Affairs in 1935 - CO Pearson and James D. Taylor approached Spaulding, who set up an organizational meeting at the Algonquin Tennis Club. 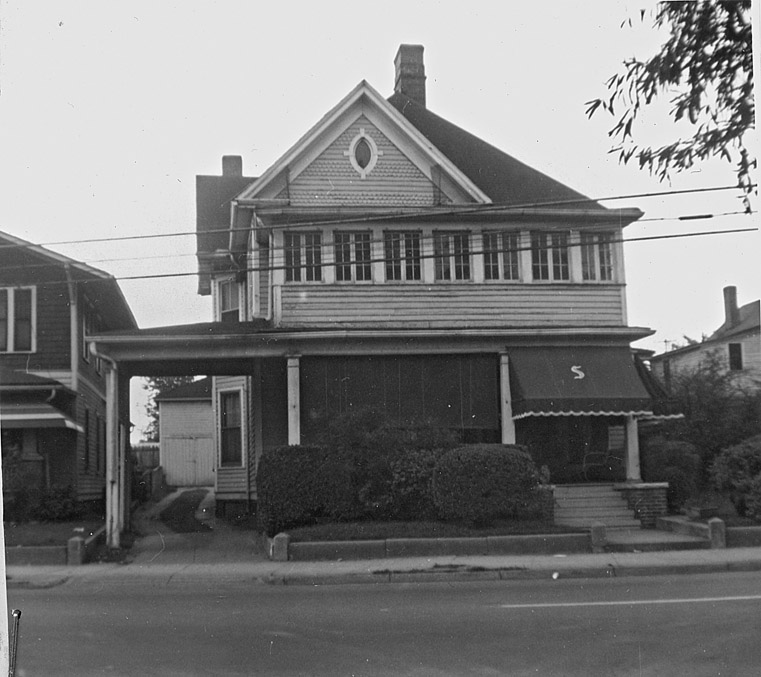 The houses were demolished by 1965. The right-of-way for 'old' Fayetteville St. is gone here, having become part of a parking lot and service area for a convenience store.

Your march down Fayetteville Street is sobering. It's hard medicine. But we need it.

Day after day, you are showing beautiful old homes that are forever gone. The CC Spaulding House, with the "S" in the awning over the entrance, is beautiful.

For the Spaulding House to now serve as a parking lot for a convenience store is a tragedy. Is this how we celebrate the contributions of a man who went from dishwasher to president of Mechanics & Farmers Bank?

It's a very sad commentary that the home of one of the founders of the North Carolina Mutual Company is now being used to store old trucks and trash.

Tearing down homes for parking lots was a mistake then -- and it's a mistake today. Future generations will look back at 'Endangered Durham' and ask, "What were they thinking?!"

Thank you for what you are doing here.

What John said. I can't add

I can't add anything else of value, other than to say thanks for this incredible blog.

John, SeanThanks so much - I

Thanks so much - I knew Hayti would be tough, and it is. I really appreciate your nice comments.

Your posts are truly helping me understand the loss of Hayti (not to mention other sections of Durham); I always had preconceptions about what had happened to the landscape of the area, and your postings have clarified and documented what actually occurred.

Thanks so much for all the work you put into this. And by all means, keep posting! (pretty please!!!)

I just want to throw my

I just want to throw my agreement with the above messages into the ring.

We may not always comment -- sometimes there's just nothing to add -- but we read diligently. Your work here is appreciated.