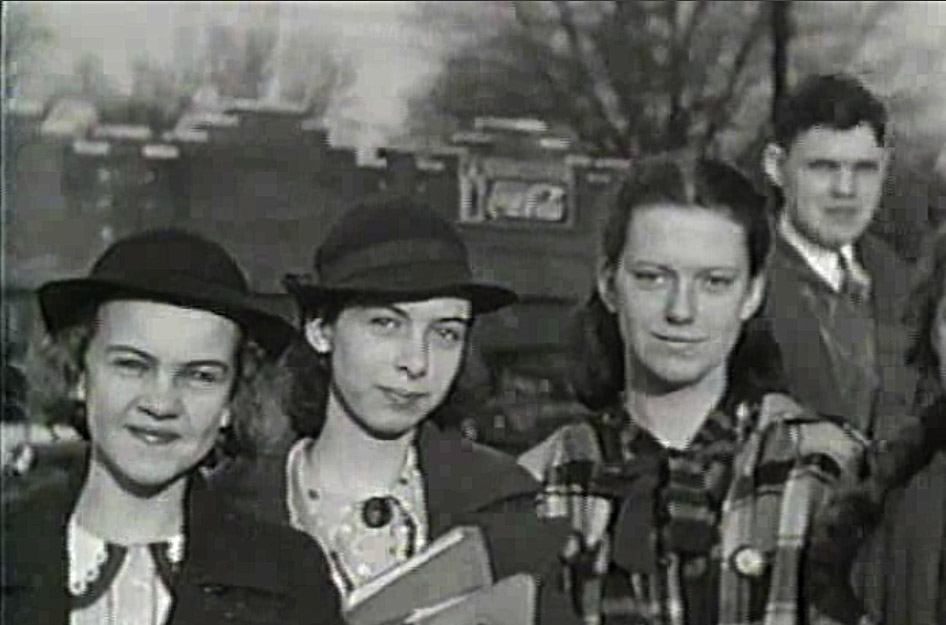 Constructed in 1927-1929, The building at 209-215 N. Gregson St. sat, and sits at the transition between the Trinity Park neighborhood and the business district on West Main Street that intermingled with the Liggett-Myers tobacco factories.

The building first appears in the 1929 city directories, with three of the four bays vacant. From 1930 to 1940, the building housed The Great Atlantic & Pacific Tea Company (which would soon become known by its much more pedestrian name, A&P), Servall Dry Cleaning & Pressing, Earley B. Ragland (listed in the city directories as a soft drinks store), Bob’s Confectionary, and (possibly the best Durham business name ever) the Rocket Shop Confectionary.

The Great A & P Tea Company was the largest of three groceries in the district, and the soda shop and confectionary benefited from their proximity to the Julian S. Carr Junior High School across the street. 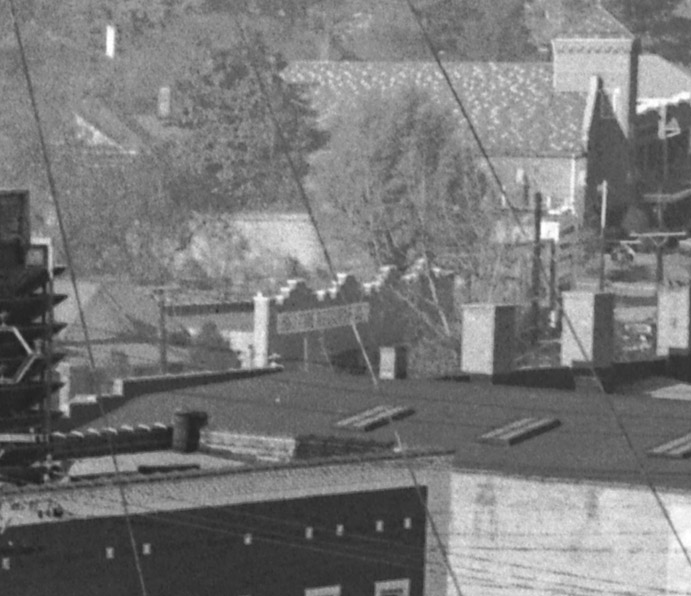 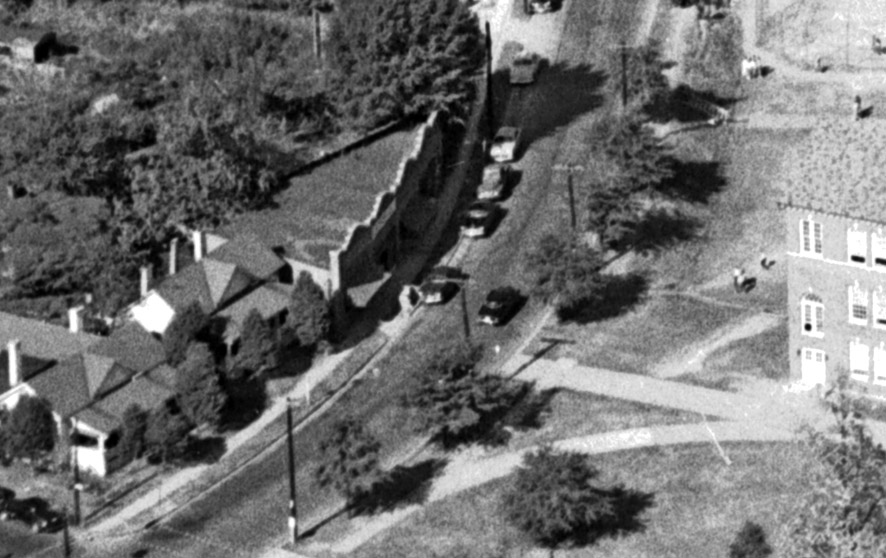 The building was constructed of brick laid in a common bond pattern and features four storefronts along a bowed façade, each with a stepped parapet. The facade displays decorative brickwork in a rectangular pattern formed by rowlock and header courses with a square masonry piece at each corner.

Three of the four storefronts (bays 211, 213, and 215) remain largely intact. These bays retain their original plate-glass windows encased with metal frames, tiled aprons and entry floors, and glass doors with wood frames. Bay 209 was removed entirely (likely in the 1980s) after a fire damaged the end bay. A plywood entry with a poured concrete side-entry was constructed in its place.

The building appeared to have limited, if any, tenants over the past decade. Although there were signs in some of the storefronts, the businesses never appeared to be functioning/open, from what I could tell.

Trinity Design+Build purchased the building last year and began a complete restoration of the structure, which will house their offices along with other storefronts. I'm thrilled to see them restore this type of structure, which helps reinforce street-level activity at the northern extent of the Brightleaf commercial area. 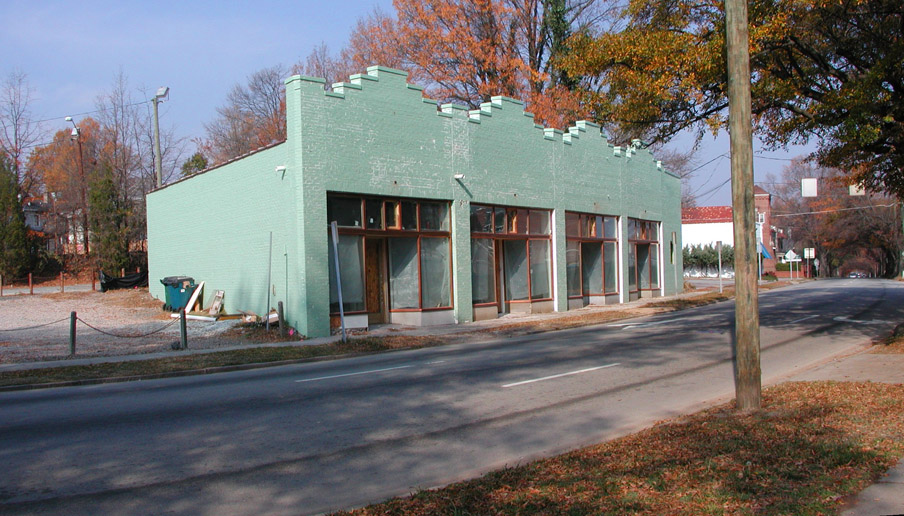 The building achieved LEED platinum certification, the highest standard, and the only platinum-level office building in Durham.

As of 2011, the building was occupied by Trinity Design | Build and The Paragraph Project.

Didn't one use to be a law

Didn't one use to be a law office? I remember walking by sometime in the early '90s and seeing a guy sleeping on a cot amidst all these books and papers.

I'm glad to see TDB got the

I'm glad to see TDB got the structure and renovated/restored it. That building has sat mostly neglected for seemingly forever, and I always thought it was underappreciated...

anonymous #1, I was just

anonymous #1, I was just about to say the same thing. I remember passing that office many times and seeing the cot in the front window.

Not only did TDB do a great

Not only did TDB do a great restoration of an underused building, but they are working to get LEED certification on the building. It's a very impressive project and a great asset for Durham, showing what can be done with relatively modest storefronts.

S&W Tailors, which was in one

S&W Tailors, which was in one of the bays up until TDB bought the building, was actually an active business. I had some pants hemmed there. I was bummed when they closed because I liked having a tailor nearby (as much as I dislike hemming my own pants).tlxvvol

Yes, one of the bays was a

Yes, one of the bays was a lawyer's office. Before the renovation I looked at the building with TDB and someone connect to their business was mining the debris for old phonebooks and other documents with potential historic value.

Another bay was a hair stylist, I believe. Hot pink was the primary storefront color.

I don't know the full story

I don't know the full story about the lawyer's office, but sometime last year his daughter was clearing out the office and selling off some of the furniture. (I bought two office chairs that we now use in the dining room; I was sad she wasn't selling any wooden filing cabinets.)

Do you know anything about the two(?) houses that were at the corner of Morgan and Gregson, next to this building? (They're now a gravel parking lot for Alivia's and the Fed.) When were the houses torn down?

One of the storefronts was a

One of the storefronts was a comic book store for a short period in the early 90s. I remember popping in there once or twice as a teenager when I got too bored of listening to music at CD Superstore in Brightleaf.