When writing about Gregson Street, I've frequently made the point that, until the late 1960s, it only extended as far south as Jackson Street.

Well, after finding some cool photos a few weeks ago, I will say that, while this is technically accurate, Gregson as a significant traffic route effectively ended at West Chapel Hill St., and the 400 block, between West Chapel Hill and Jackson, was almost off-road. 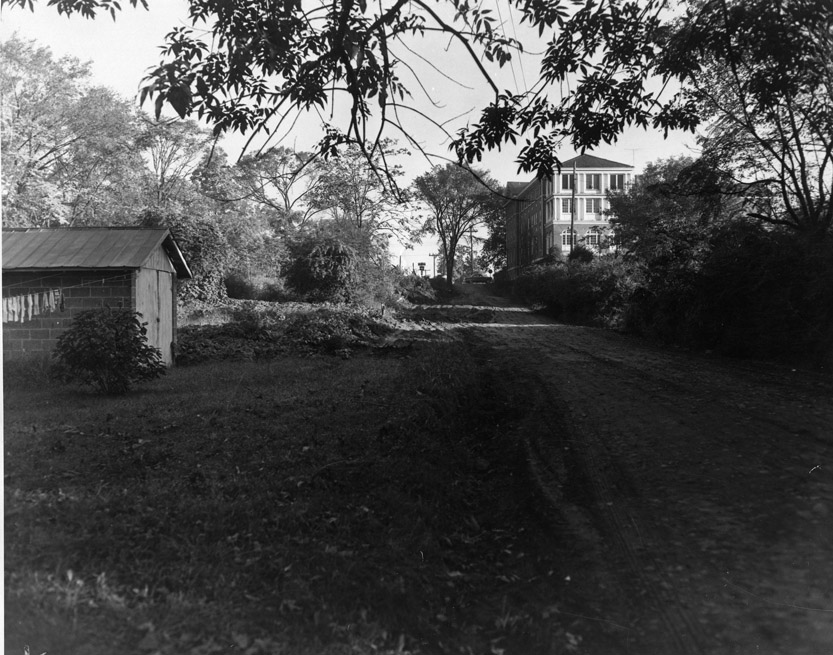 Looking north from Jackson Street on Gregson St., 10.08.56. The YWCA is the brick building at the top of the hill on the right.
(Courtesy Durham County Library / North Carolina Collection) 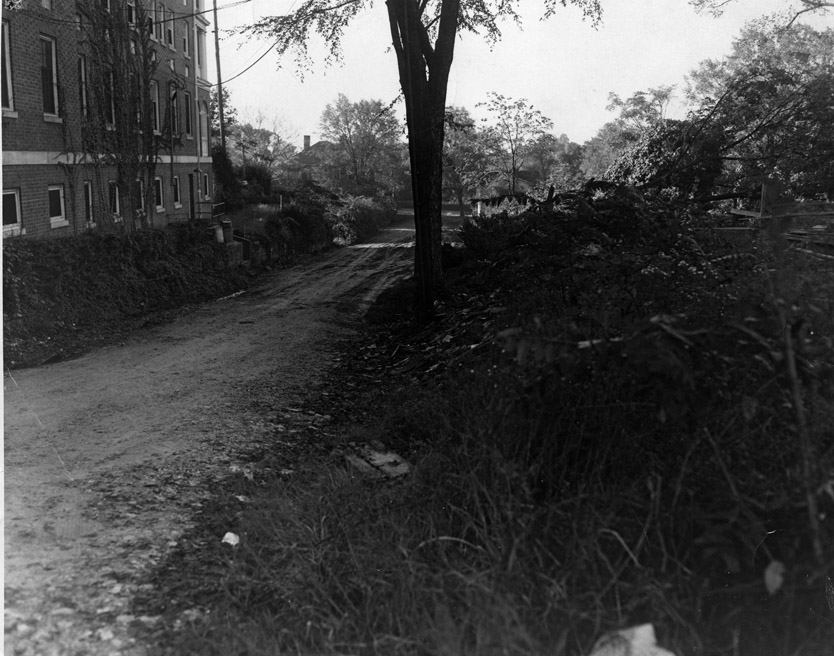 In 1959-1960, the west side of the street was demolished and cleared to build the Holiday Inn and a gas station - I believe this street was paved at that point. It wasn't extended to connect with Vickers until the late 1960s, at which point it became a more major southbound connector. 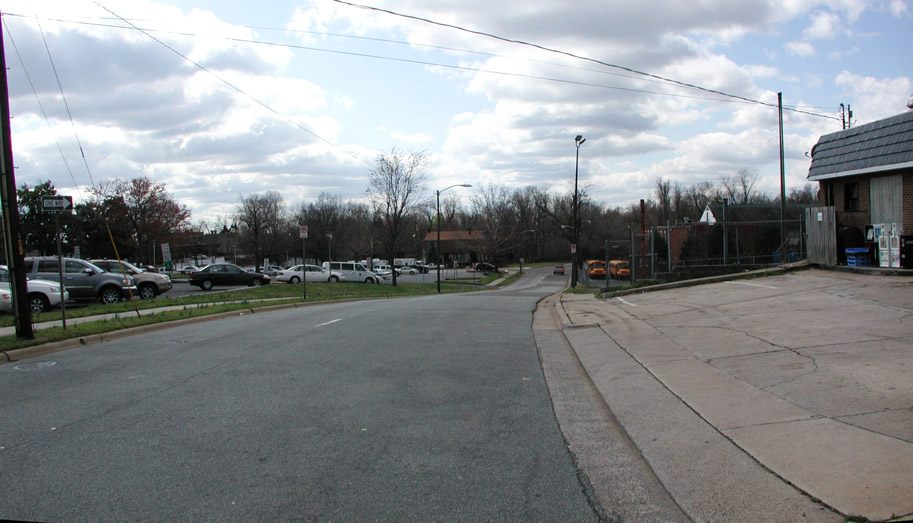 that there is what you call

that there is what you call an "unimproved road" ... some like to call them "secondary roads"

Gary,Not that I'm asking you

Not that I'm asking you to rationalize crazy, but where, exactly did Sturdivant's school buses come from, and why has the city let him keep them there -- they add so much to the aesthetic landscape.

Good thing - I might have to explain myself. I have no idea, but I guess it's better than the county letting him store mental patients there. The school buses are regularly used - I don't know if they are used by the public schools or other groups, but I used to get off the TTA bus right in front of Ronnie's place in the late afternoon - only to nearly be run over by big school buses turning off of West Chapel Hill into his driveway to slumber for the night.

So I guess the Planning

So I guess the Planning Department considers open air storage of school buses a legitimate accessory use for whatever primary (and apparently legal) land use(s) he's got going on there? What about used mattress sales? Eww.

How does this guy get an indefinite free pass to keep this eyesore in the midst of our community? Sturdivant has become almost legendary in his total disregard for the zoning ordinance yet continues to get away with it.

Maybe this is some sort of twisted contest between him and Bill "Saving Another Historic Property" Fields.

looks like Durham PD could use some trees - lots of unshaded and impervious black stuff and not a pedestrian in sight...