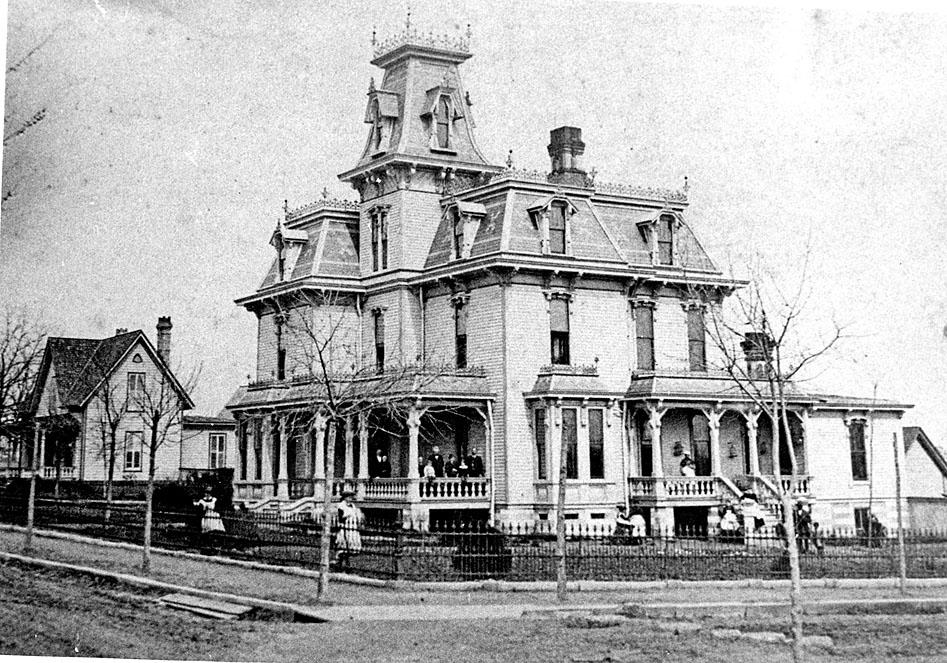 On the northeast corner of Main and Dillard streets is the below imposing structure. 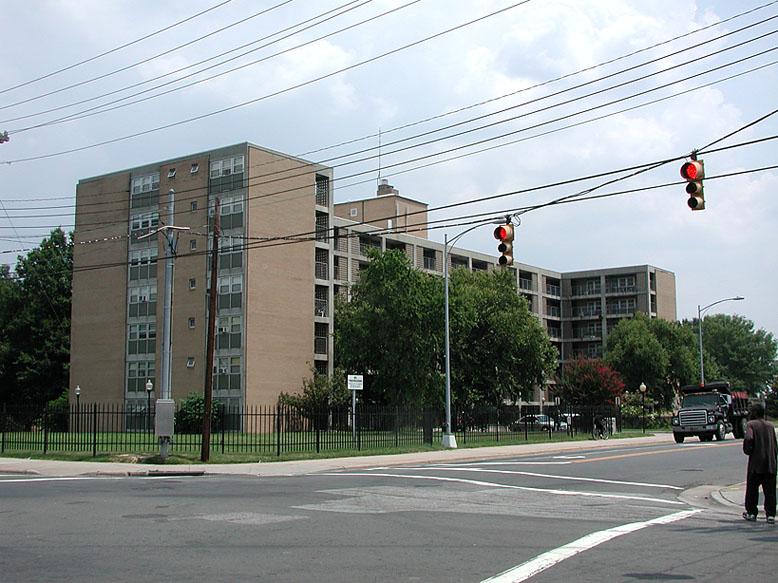 In the 1910s, the bifurcation of East Main Street west of Dillard was eliminated by closing the northern lane, and there was new open land between the Parrish house and the corner. On this land, the Franklin Court Apartments were constructed.

Wright constructed a country manse on the Roxboro Road, much like his predecessor EJ Parrish, and moved to the 9000 sf house, named "Bonnie Brae" in 1917. The apartment building, first called the "Wright Apartments No. 1" were built immediately thereafter on this 'reclaimed' land.. 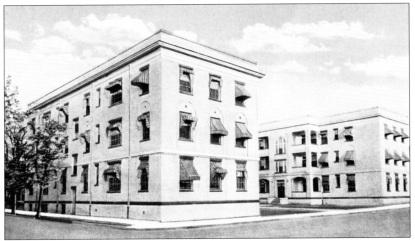 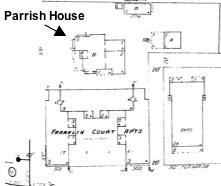 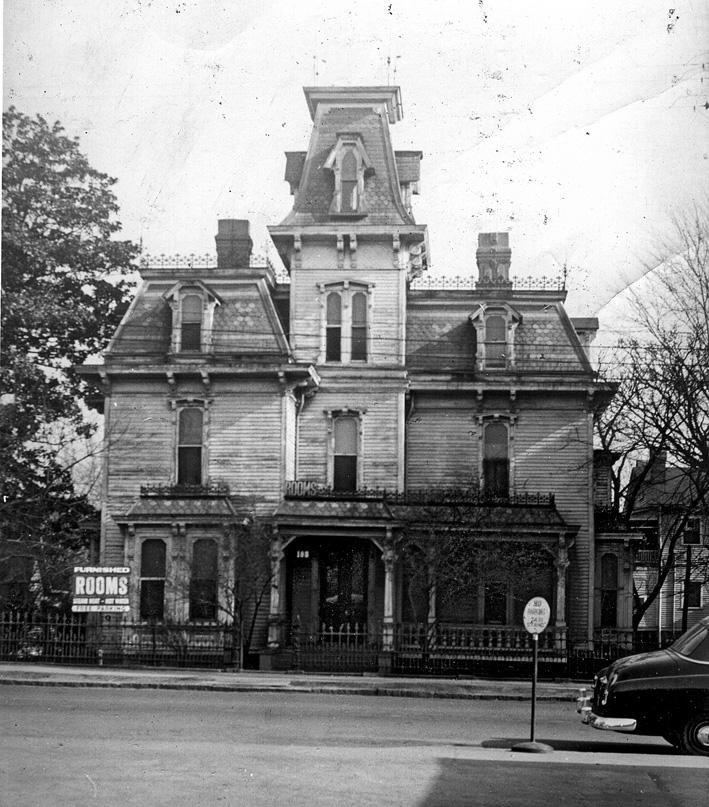 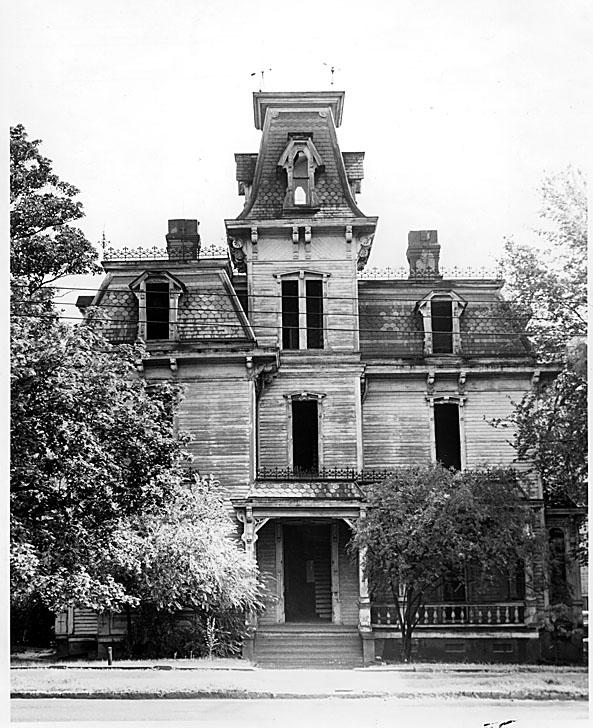 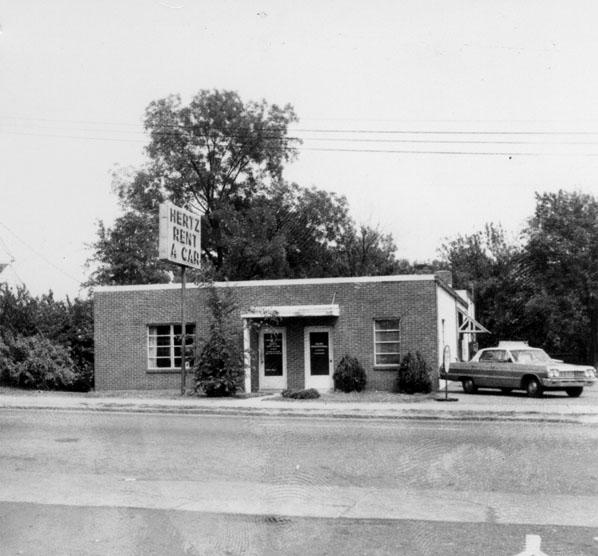 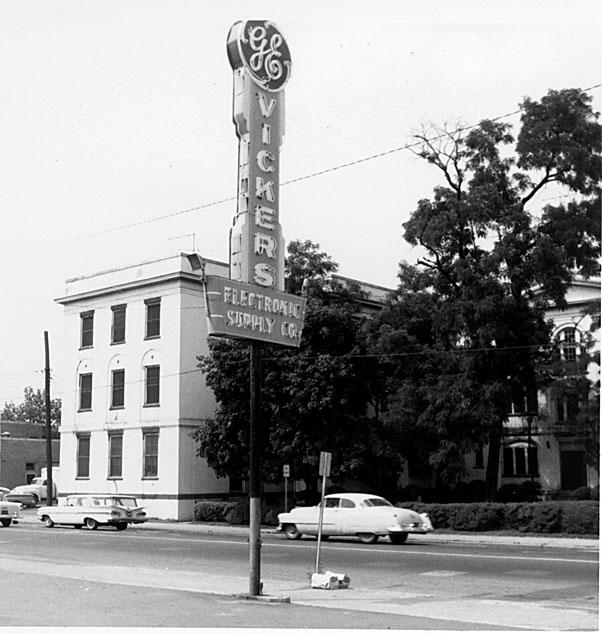 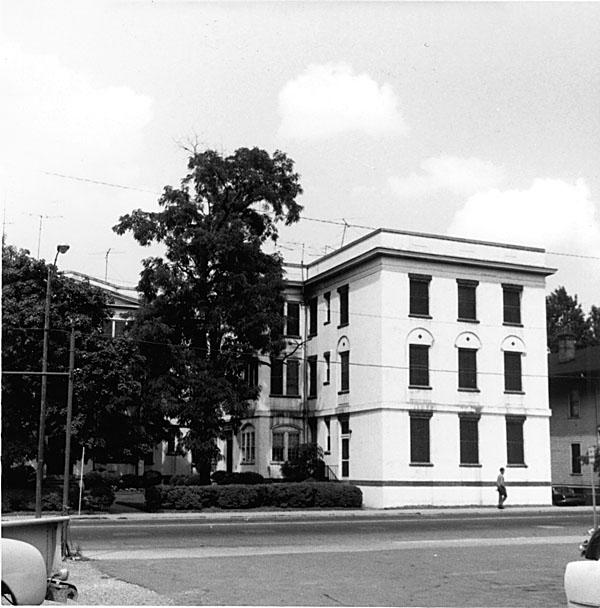 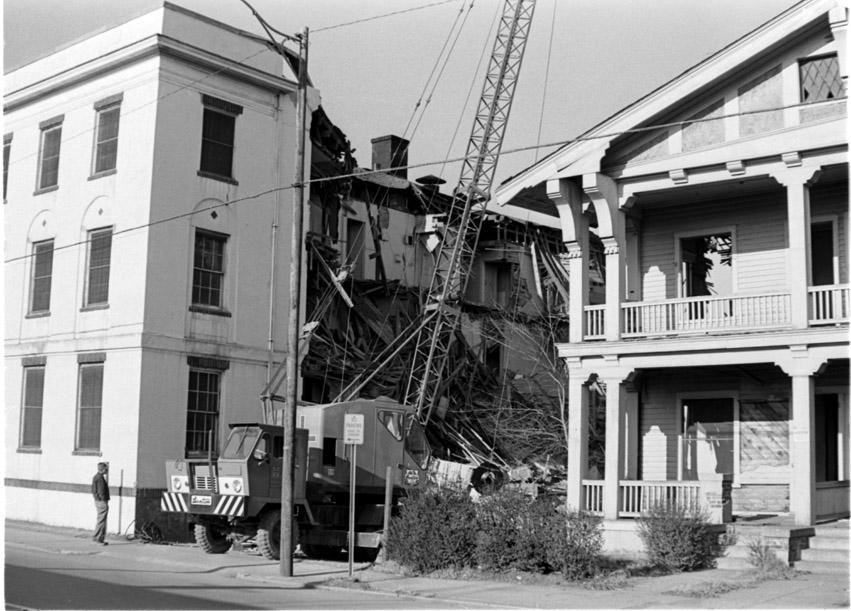 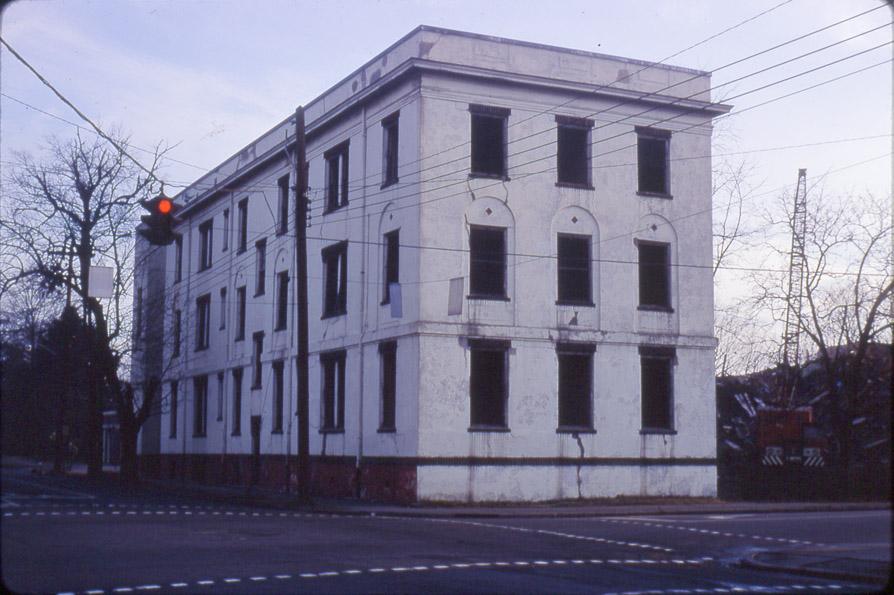 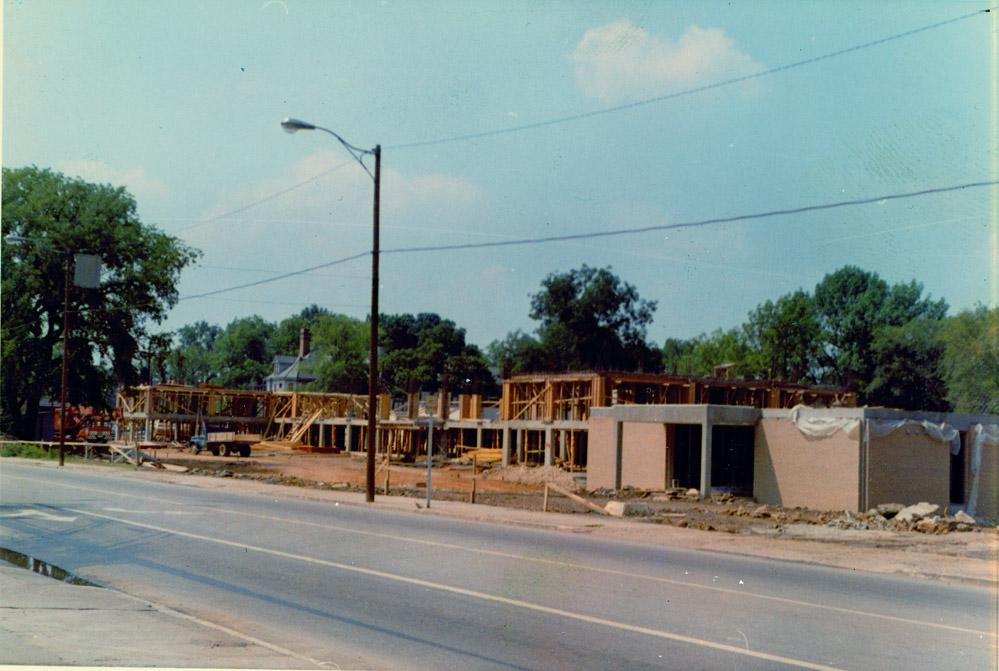 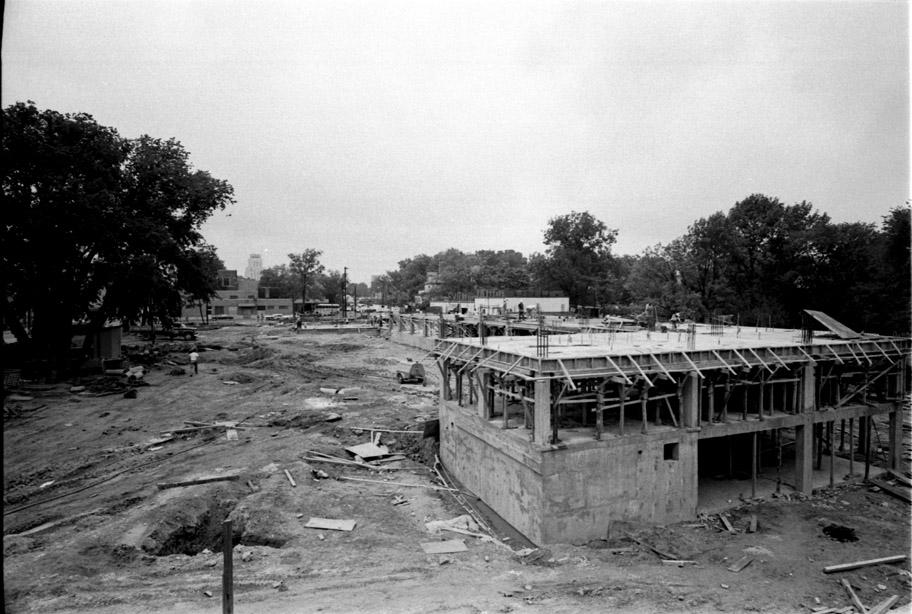 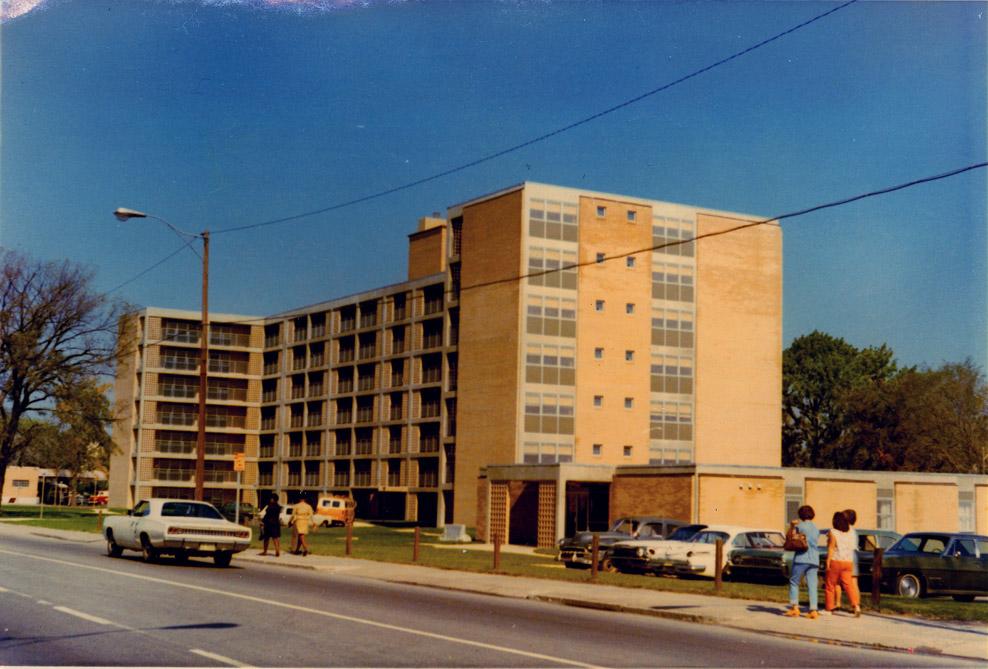 Notice the scale and orientation of the Franklin Court apartment building; there was no setback from Main Street, and the height of the building was similar to surrounding structures (3 stories). There are clear pedestrian entrances, and exterior details gave some relief to the surface, softening the facade. Compare with Oldham Tenem...er...Towers.
Related People 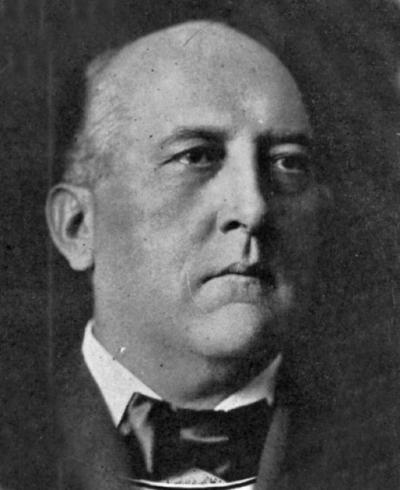 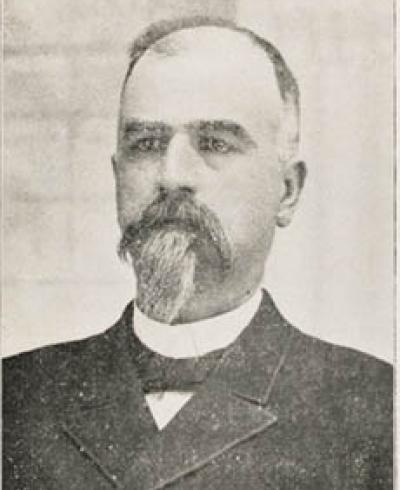 Merchant, manufacturer, and tobacco company executive, Parrish played a major role in marketing the output of Durham factories on a national and international scale. He was also a significant landowner, developer, and civic leader in the early decades of the city's growth. Read a more complete bio at NCpedia.org.
Read More

Do you have any old Pictures as to what Oldham Towers looked like when it was first opened?

I'm sorry - I don't have any pictures of Oldham Towers from the early 1970s. These might be available in some older Durham Housing Authority publications, but those aren't something that I've researched.

can you do a Blod on Fayetteville St/Rd whatever it is called) please?

I do plan to do old Hayti (Fayetteville and Pettigrew) fairly soon and some residential Fayetteville between there and NCCU.

good, because there are some places where you need to do, maybe where the Durham Business School used to be, or something.

My grandmother graduated from Durham Bussiness School in the late 1920's and I have a photo of her on the front step's of the school, (Which was aparently a large old house?) Do you know where the school was in the late 1920's. Is the house still there? Somewhere near or on Liberty St.?

Another ridiculous loss, unfortunately one of so many. Even the older apartment building was a nice structure.

This house seems to be similar in general plan and massing to the still-extant Heck-Andrews house in downtown Raleigh, with some detail differences (this house was slightly more ornamented on the roof dormers and has a protruding left bay, Heck-Andrews has doubled windows and its signature convex mansard tower). But there is a very strong similarity--I wonder if the designer could have been the same, or if this was simply a very common style for large Second Empire dwellings?