Can you help?
You don't need to know everything, but do you know the type of business/organization?
Log in or register and you can edit this.

Durham's oldest Jewish congregation had its origins in the purchase of a burial ground - a portion of the city of Durham's newly established cemetery, Maplewood.

In 1884, four of Durham's earliest Jewish settlers got together and bought 500 square feet of land from Durham's Maplewood Cemetery. The four men -- Jacob Levy, Samuel Lehman, Myer Summerfield and August Mohsberg -- must have foreseen that, sooner or later, their small community would need to bury its dead in accordance with Jewish tradition. In doing so, these Jews, all German born, acted on Jewish law, which dictates that prompt burial is among the faith's highest obligations.

They may not have known that the first death would be from among their own. Seven year-old Ida Levy, the daughter of Jacob Levy, died in 1888, four years after the group bought the land. Creating a cemetery -- followed by a burial society, or Chevra Kadisha -- was the Durham Jewish community's first collective act.

Over this period, more than 230 people were buried in the old section of the cemetery along Morehead Avenue. The majority of these Jews were from Eastern European shtetels. They were, for the most part, traders and storekeepers, who came to town on the heels of its newest industry -- tobacco. Durham's dozen tobacco factories produced an urban clientele these Jews worked hard to serve. Though some of the earliest Jews, such as Moses Gladstein and Joseph Smolensky, worked in the factories, the majority were grocers, butchers, shoemakers, and furriers. Durham Jews dominated the retail clothing businesses in particular, and their shops dotted the downtown's white and black communities advertising the latest New York fashions. In this, Jews resumed their European roles as economic middlemen, said Jewish historian Leonard Rogoff.

When the City of Durham desired to extend Queen St. north, through the synagogue's property, the congregation hired architects Hook and Sawyer to design a new structure for them on the southeast corner of North Queen St. and Holloway St. It was at that time that the congregation took the name Beth El.

The congregation constructed a new modern synagogue west of downtown, in Trinity Park, in 1957, where they remain as of 2011. 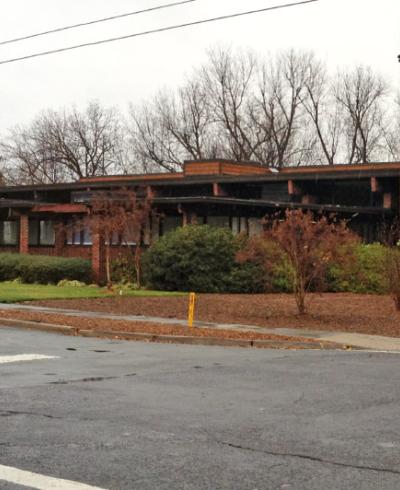 In the publication titled, Percival Goodman: Architect - Planner - Teacher - Painter, it lists the Beth-el Durham, NC Congregation in his lists of works in the year 1955 (page 188.) Here. Wikipedia says, Percival Goodman (January 13, 1904 – October 11, 1989) was an American urban theorist and architect who designed more than 50 synagogues between...
Read More 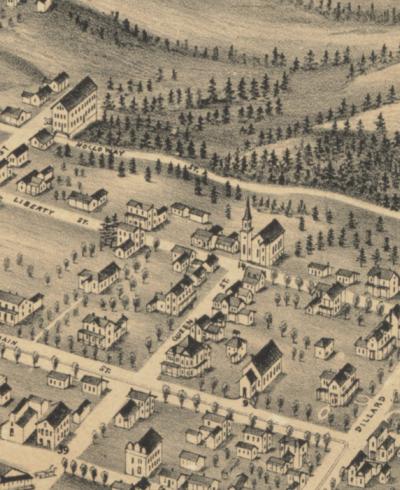 Queen St. has a bit of an on-again-off-again thing with the block between Holloway and Liberty St. The initial mid-to-late-1800s layout of Durham's streets had Queen terminate at Liberty St. on the north end. Bird's Eye view, 1891. (Courtesy Duke Archives)
Read More 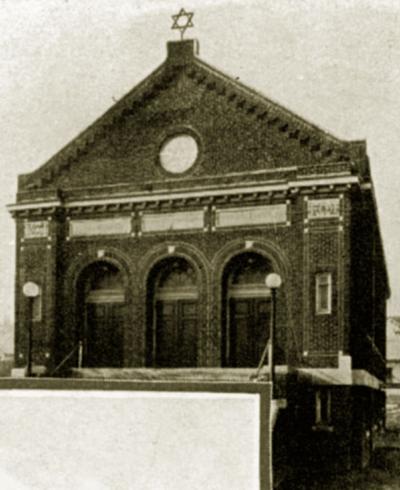 The Jewish community in Durham grew slowly during the 1870s with the arrival of families that opened mercantile establishments, but gained momentum during the 1880s with the advent of cigarette manufacture by the Blackwell and Duke tobacco companies. The cigarettes were initially hand-rolled, and many of the experienced rollers came to Durham from...
Read More