2812
Chelsea Circle
Durham
NC
Cross Street
Hope Valley Road
Year built
1928
Architectural style
Colonial Revival
Construction type
Frame
National Register
Hope Valley
Neighborhood
Hope Valley
Can you help?
You don't need to know everything, but do you know the architect?
Log in or register and you can edit this.

An advertisement for Hope Valley that ran in the November 27, 1927, Durham Morning Herald reported that construction on the house was scheduled to start in the next week, and a rendering shows the house generally as it appears today but without the wing at the south end. Instead, there is a brick garage at the basement level at the south end of the house with a sunporch on the garage roof.

A similar advertisement from January 1, 1928, states that the house was underway and expected to be ready by spring. The 1928 city directory does list professor James Cannon III, a professor at Duke University’s School of Religion, and his wife Margaret in Hope Valley; the 1938 directory is the first to show them on Chelsea Circle. 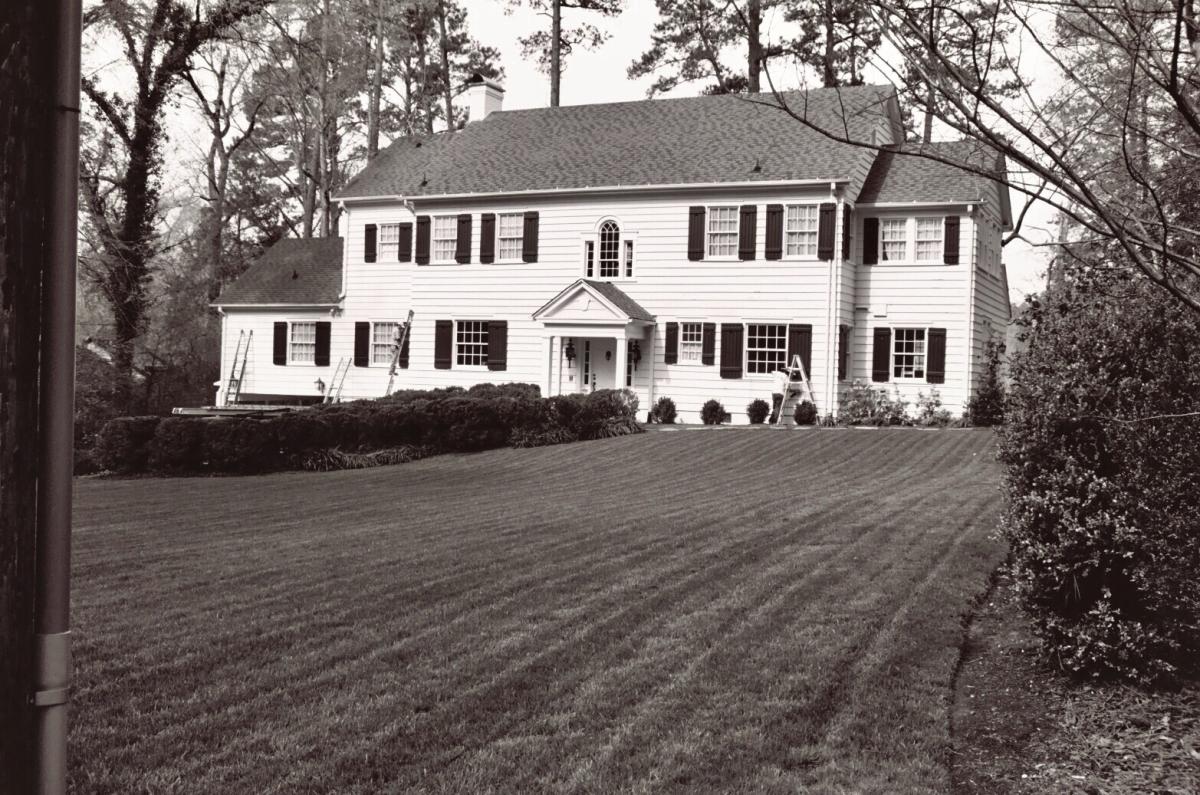 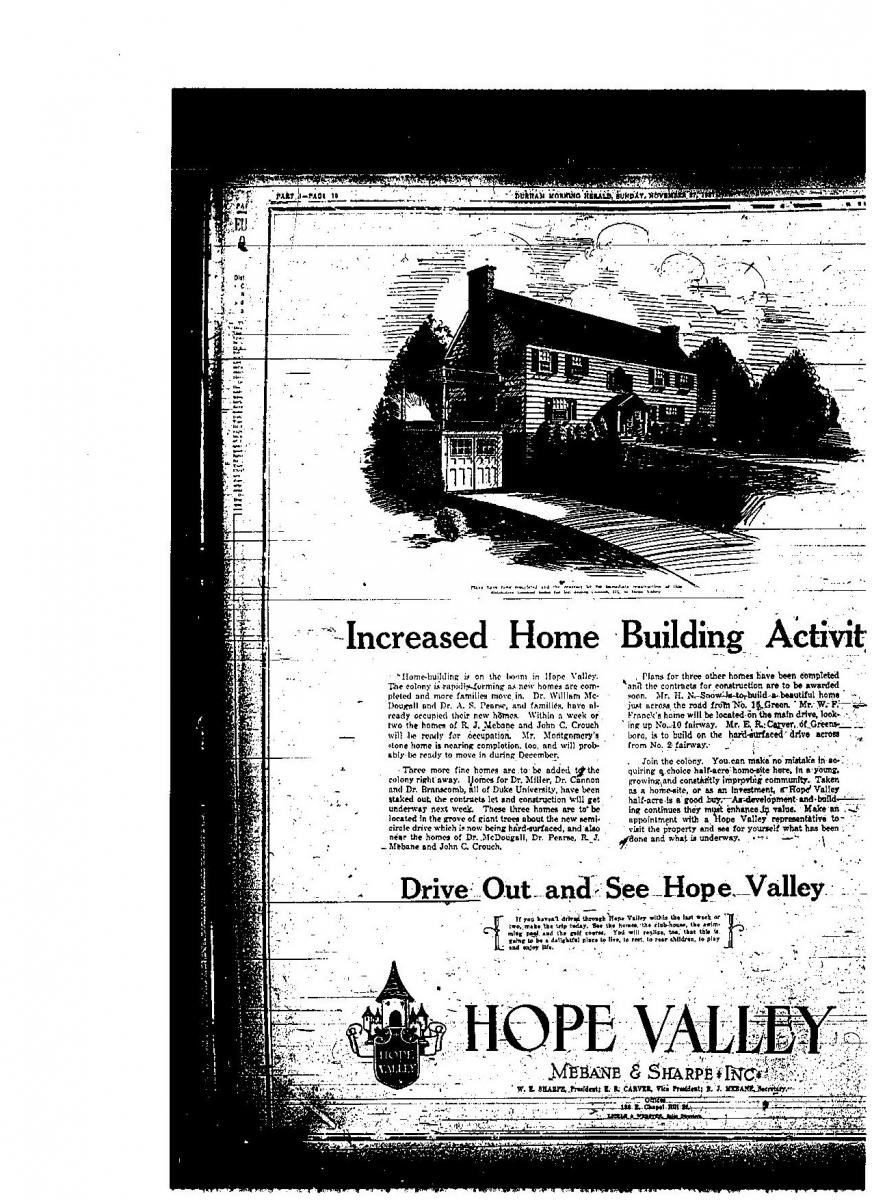