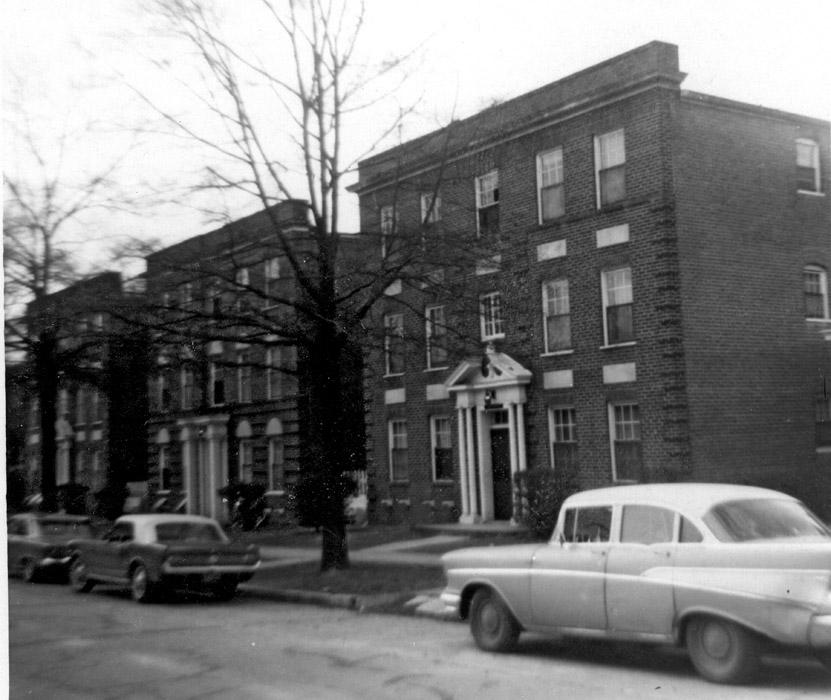 The Governor Apartments, with buildings named after four NC governors (The Vance, The Glenn, The Aycock, and The Bickett,) a brick, colonial revival style apartment block built in the late 1920s. This stylistic choice seems to have been common among contemporaneous apartment buildings, and it was certainly the dominant architectural theme of the nearby 1920s phase of construction of now-East Campus of Duke. 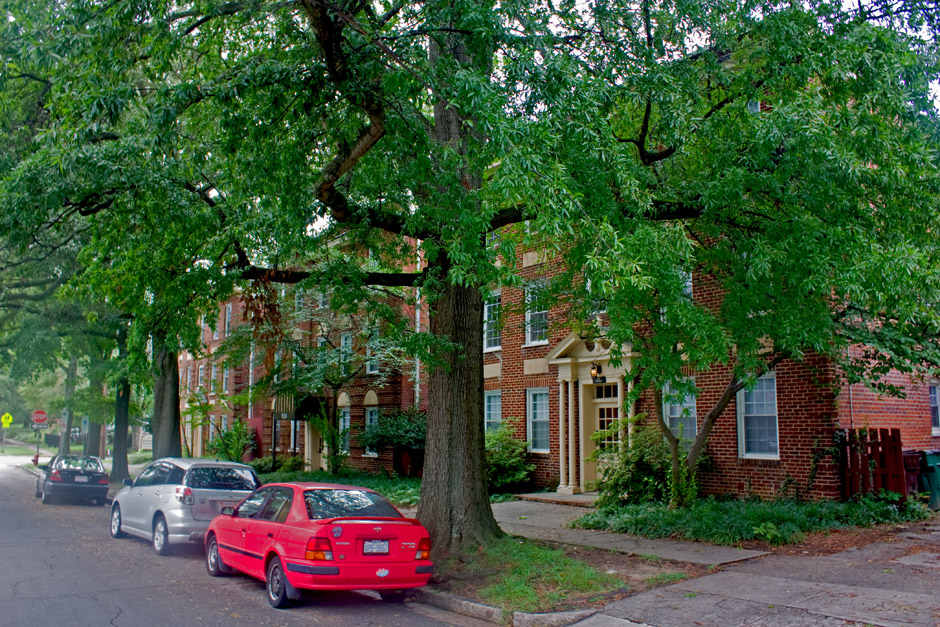 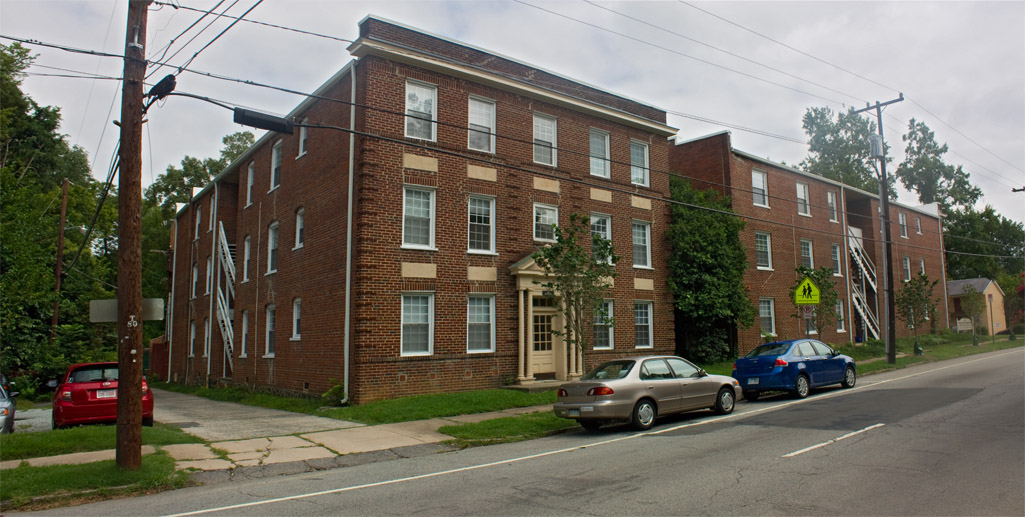 Probably the work of Jeff

Probably the work of Jeff Obscene?

the last 2 posts are

the last 2 posts are especially interesting to me. in the early 80's a good friend lived in the Buchanan side of the Powe apartments. He left there to move into the Governor apartments (I can't remember which building).

Caleb Southern used to insist to me that these apartments represented the highest density of units per acre in Durham. I swore he was wrong, but then if you count the units and look at the city land maps, sure enough, 48 units on .6 acres (including the small parking lot to the north), for a whalloping 80 units/acre. This, as much as anything, convinced me of the great underutilized power of on-street parking.

This obviously couldn't be replicated down the whole block, as the parking needs clearly exceed what's available in the street frontage of the property itself, but how much healthier is this land use at a point where a detached home neighborhood meets a busy street than a house with a big lawn that no one wants because of its proximity to the traffic?

My Great Aunt lived in Bickett Aptsin 1933. I wond

My Great Aunt lived in Bickett Aptsin 1933. I wonder if any records exist of who occupied which apartment.

I lived in the Governor Glenn

One thing I remember about these apartments is that at that time, the kitchens still had iceboxes in them. They were in the wall next to the back door in the kitchen. That was so the iceman could service all of them from the outside, and he climbed up the "fire escape" stairs on the back stoop, that ran from the first floor up to the third floor.

Another thing, while I lived there, a crew of workers came and covered up the nice plaster walls with that horrendous looking luan wall paneling so popular back then. It was a very dark color, and made the apt. very gloomy. Glad to see that has been removed!!

I read the apartments now have central heat and a/c. No a/c back in '72, but the heat was by a boiler in the basement, and radiators in the larger rooms. My apartment was on the first floor, down the hall past the stairs, and the door on the right. The boiler just happened to be underneath my apartment, and no matter how cold it became that winter, I was more than cozy! Seldom had to open the hot water valve on one of the radiators!!

I always ride by these apartments when I am in the area, and it is nice to see them in better shape than 45 years ago. I think my rent was around $100 a month back then. I moved from there to Elgin street, behind Northgate Park.

There was a older lady who lived in the third building in from Gregson, is it the Aycock??? Anyway, Mrs. Eva Barnes was her name. She seemed to keep an eye on the goings-on in all the buildings. Don't know if she appointed herself to the job, or she was hired to do it, but she was a character! She  chain-smoked Pall Mall unfiltered cigarettes, and loved to gossip and talk! She let us know right away that she would not tolerate any monkey business around those apartments.

I was cohabitating with a girl in the apartment at the time, which was somewhat racy in a Southern town back then. We represented ouselves as brother and sister to Mrs. Barnes. After a couple of months, Mrs. Barnes just blurted out that we did not fool her, she was wise to our situation. We were suddenly afraid we would be put out, but she told us we were so nice and friendly to her she did not care if we were not married!! And she wished us well and hoped we stayed together.

We did not, but that's another story!!