1906
Bivins Road
Durham
NC
Year built
1875
Year(s) modified
1940
Architectural style
Greek Revival
Construction type
Frame
Neighborhood
Northern Durham
Use
Residence
Building Type
Residential
Can you help?
You don't need to know everything, but do you know the architect?
Log in or register and you can edit this. 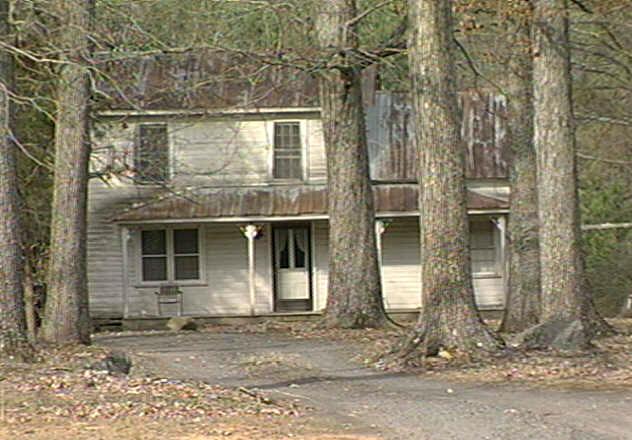 According to E. L. Terry, the main block of the Giles Latta House, a frame, two-story, gable-roofed structure with a large fieldstone and brick end chimney, and a side passage plan was constructed in 1875 and added to an antebellum one-room structure with simple Greek Revival details that is now a part of the rear ell. At first glance, the main block is deceiving for at the time of its construction, architectural components such as nine-over-six windows on the second floor, wide, hand-planed sheathing, and a large paneled mantel in the front parlor were removed from the 1830 Anderson Latta House (later demolished) and incorporated. Concurrently, a log kitchen house from the Anderson Latta farm was moved and reconstructed east of the dwelling. When a one-room addition was made to the ell in 1940, this structure was joined to the house by a narrow breezeway. Also in 1940, the main block was enlarged by a one-story gable-roofed wing on the south facade, a window opening on the first floor of the front facade was reconfigured to include a pair of six-over-six sash to match an identical pair on the wing, German siding was installed to cover most of the main block, and a hip-roofed front porch was expanded along the wing.

Around the Giles Latta House, an extensive collection of late nineteenth and early twentieth century farm buildings has survived. Most remarkable is a large double crib barn made of V- notched logs. Other outbuildings include a v-notched log corncrib, a frame corncrib, a smokehouse, a granary, a wood shed, a garage, a workshop, a potato house, a tobacco barn, and a shingle and frame well enclosure constructed in 1911. In front of the dwelling, two large oak trees have grown around a cedar hitching post installed between them in the late nineteenth century .

Significant suburban sprawl has encroached around this house in the 2000s. 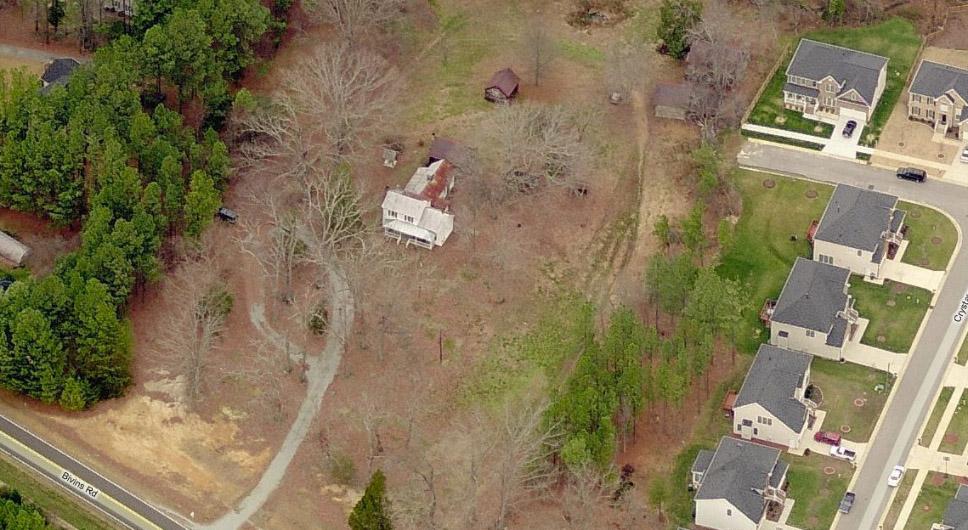 As of 2014, this house has received at least some cosmetic updates and is being used as rental housing of some variety. I'd love more information about its current condition, if anyone has it.

We own this house as of about 2016. Finished repairing it and moved in summer 2021. We retained as much of the original interior as possible: hand-planed wall and ceiling boards, beadboard, etc. Floors were shot and we replaced them with pine boards treated with tung oil. We hope the house lasts another few decades!