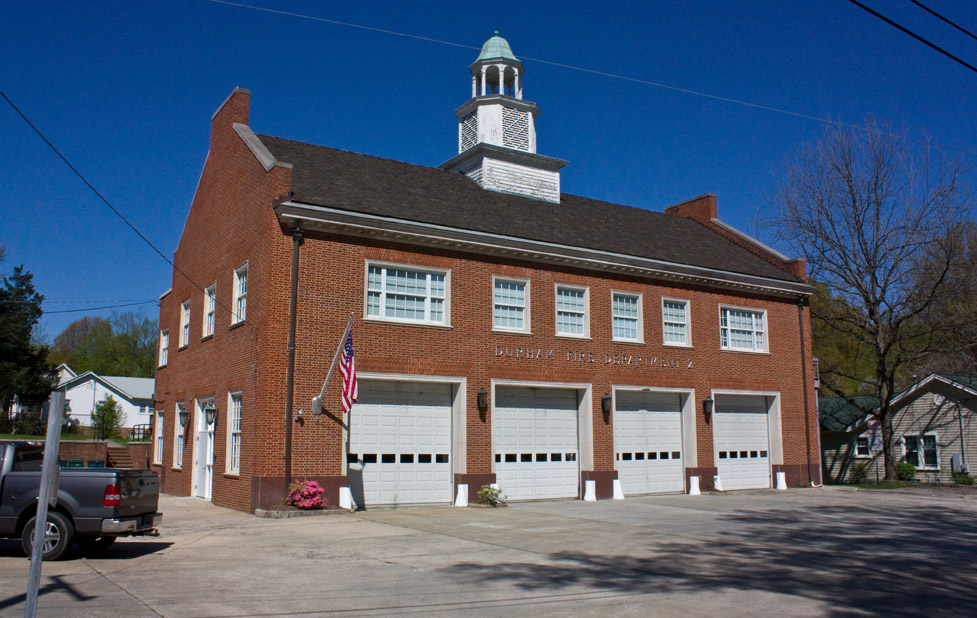 By the 1950s, the growth of population westward, the envelopment of West Durham into the City of Durham, and the scaling of fire equipment necessitated a new fire station for Company #2, which had been located amongst the Liggett Warehouses on West Main St. since 1906

The Ninth Street property was purchased by the City from the heirs of Mrs. Ida Couch for about $7,000.

The City moved the station further out to get faster response times to fires in the residential areas and nearby schools and hospitals in West Durham. The colonial-designed fire station was built for $165,000 and was described as "one of the most modern fire stations in the South." 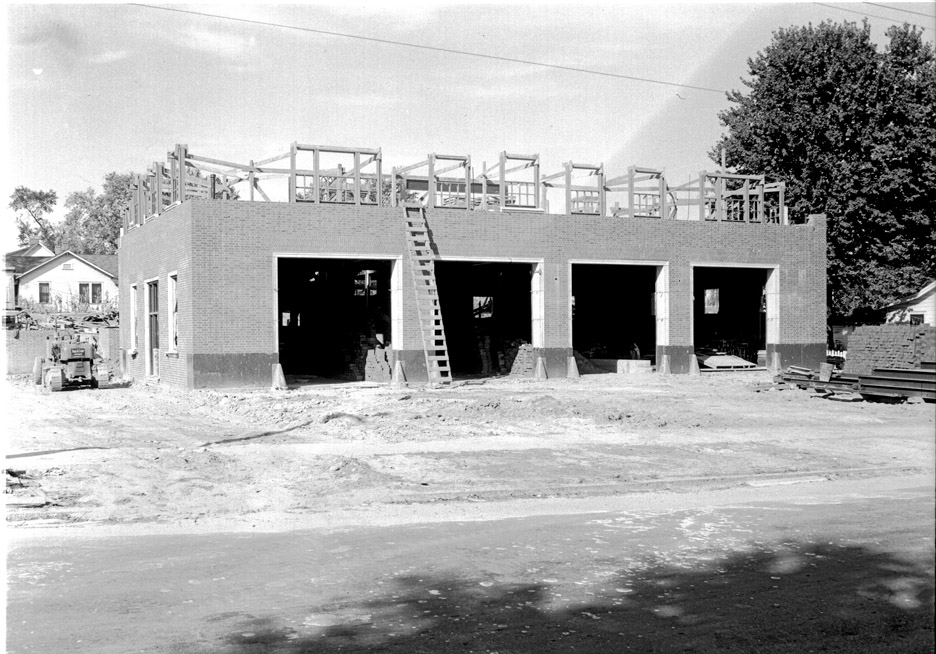 The station was formally dedicated on September 28, 1950 by Fire Chief Cosmo Cox. 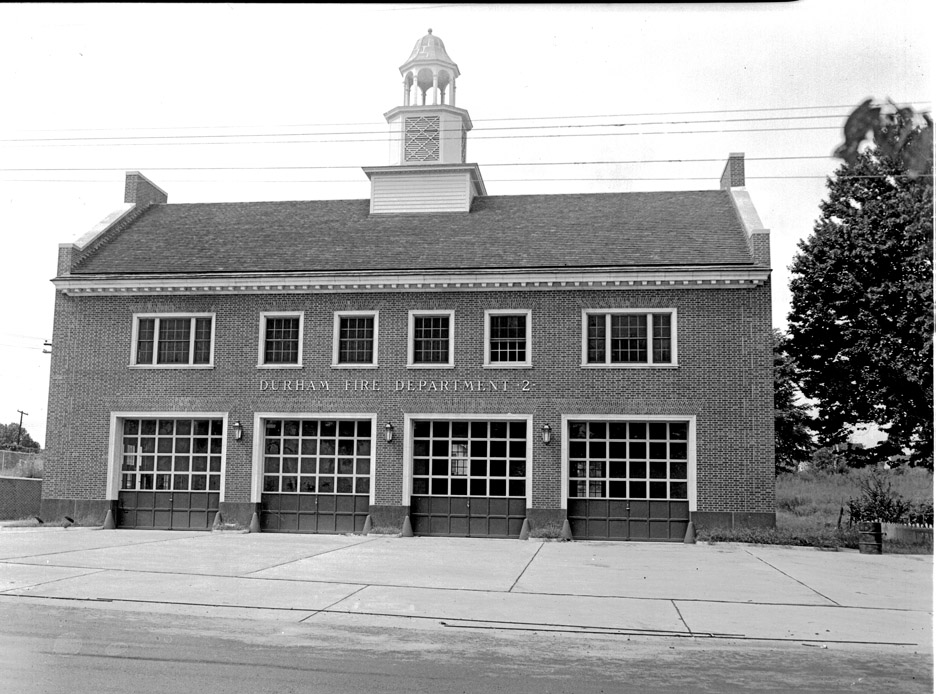 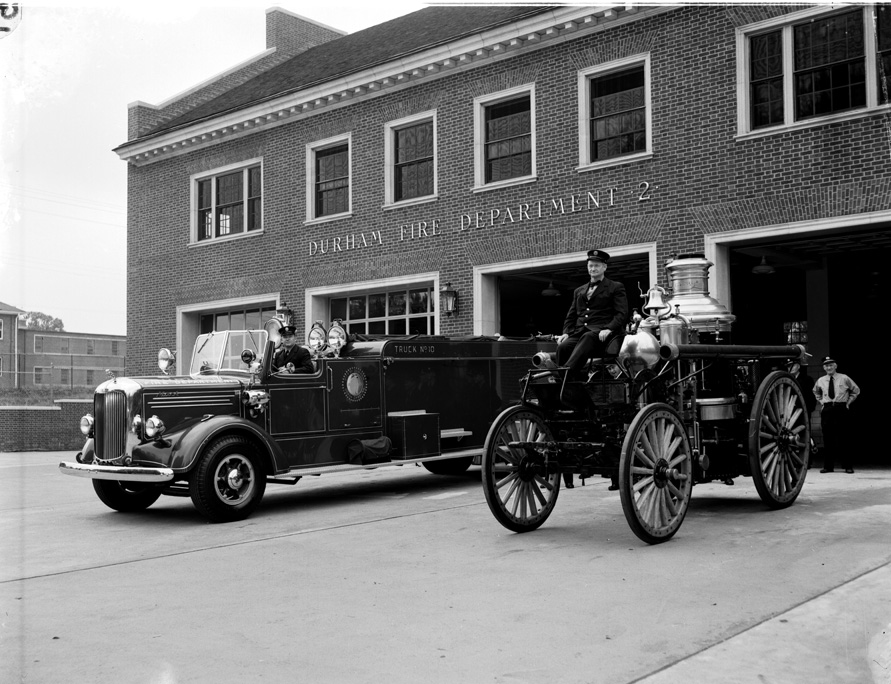 Cool to see that it's still

Cool to see that it's still in use, but it looked much better with the original bay doors!

That old steam engine is

That old steam engine is still around, can't remember what station it's at though. Used to sit in Fire Admin over on E Club.

As an EK Powe student, I

As an EK Powe student, I remember the fire station being built. When it was finished, our class toured it and I was so impressed, especially with the huge fire trucks downstairs. We also visited the living quarters upstairs and were allowed to slide down the pole if we wanted to.

In the 1950 photo with the steam engine out front, you can see the new fifth-sixth grade addition connected to the west side of the 1912 building that I alluded to in yesterday's post on EK Powe school.

As a small child, my father

As a small child, my father used to take me to this station so I could sit on the fire truck. I remember a fireman named Henry McDade. We called him "Henry Mac".