301
North Gregson Street
Durham
NC
Cross Street
Lamond Avenue
Year built
1927
Construction type
Masonry
National Register
Trinity Park
Neighborhood
Trinity Park
Use
Church
Building Type
Church
Can you help?
You don't need to know everything, but do you know the architect?
Log in or register and you can edit this. 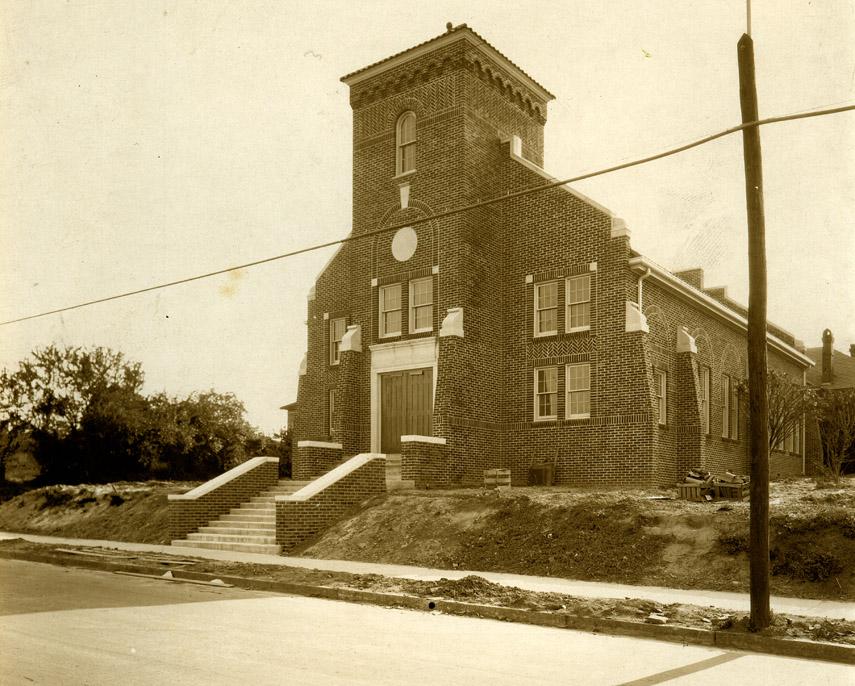 The Durham Christian and Missionary Alliance Gospel Tabernacle built the masonry brick structure on the corner of North Gregson and Lamond Ave. in 1927. The Durham congregation had been established in 1889.

Between 1898 and 1900, the church built a frame structure on the southwest corner of Morgan and Morris Streets. The church incorporated in 1917; this building served the church until the structure on N. Gregson was completed in 1927 - the former structure was torn down and replaced with a service station/car repair facility, which was later torn down and replaced with a curvy Morgan St. and parking for the First Federal/Southbank building. 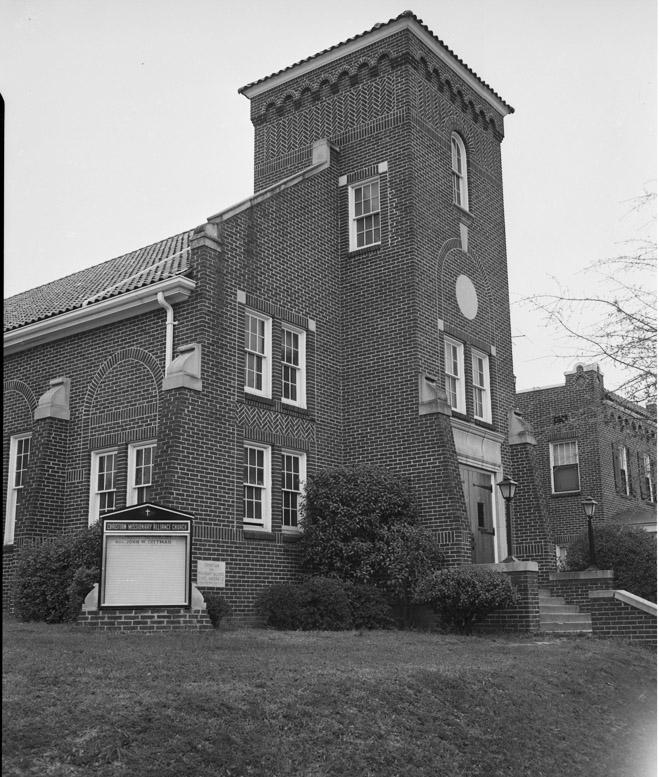 In 1976, 37 members of the church left to form a new congregation in northern Durham on Umstead Road - this congregation still exists as the Faith Alliance of Durham.

The church on Gregson later (I don't know when) became known as Trinity Community Church. 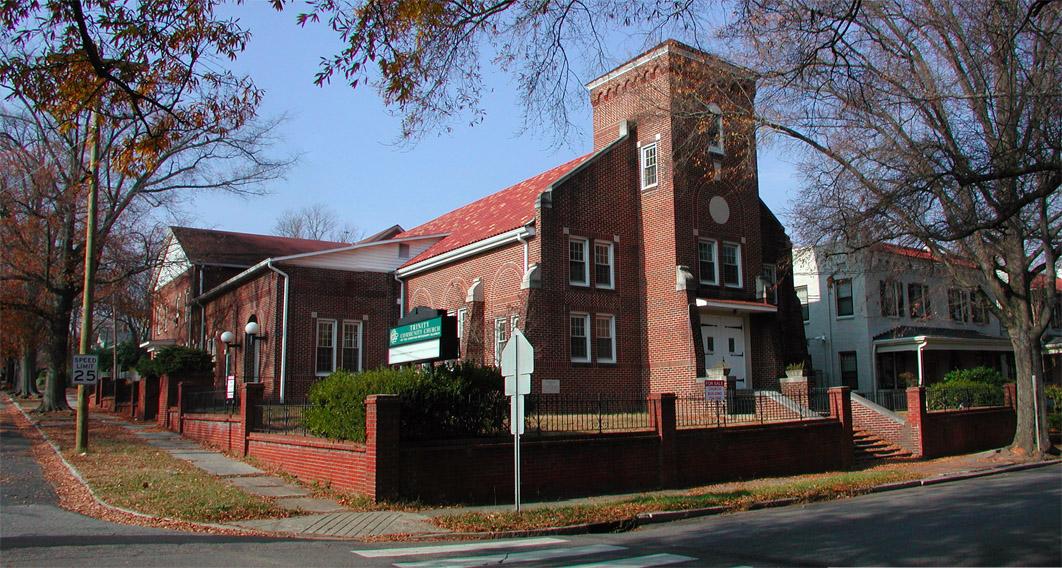 I'm not sure when they vacated the building (or whether they are the same congregation that now seems to be located in Cary) but the building is now used by Reality Ministries. 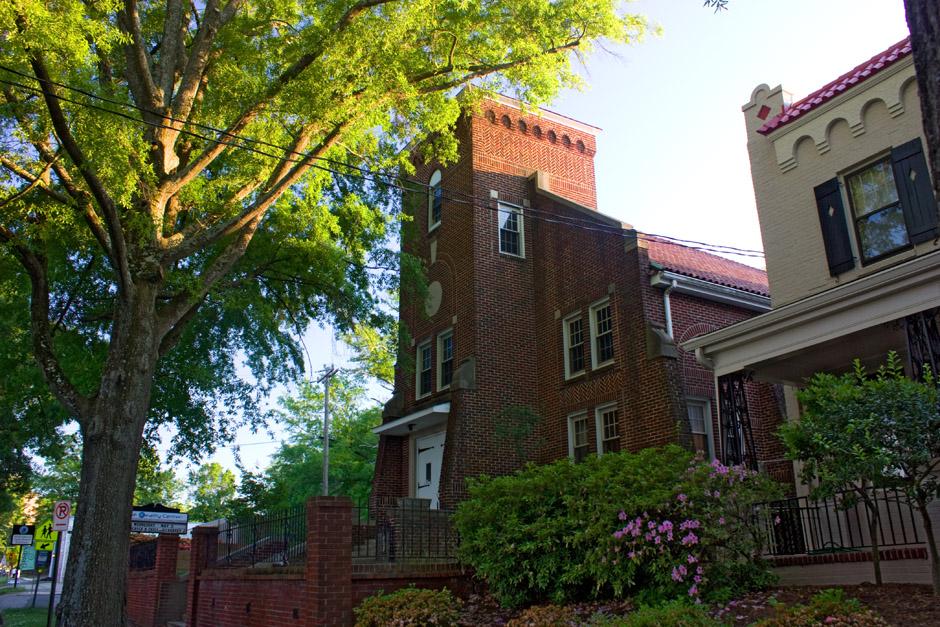 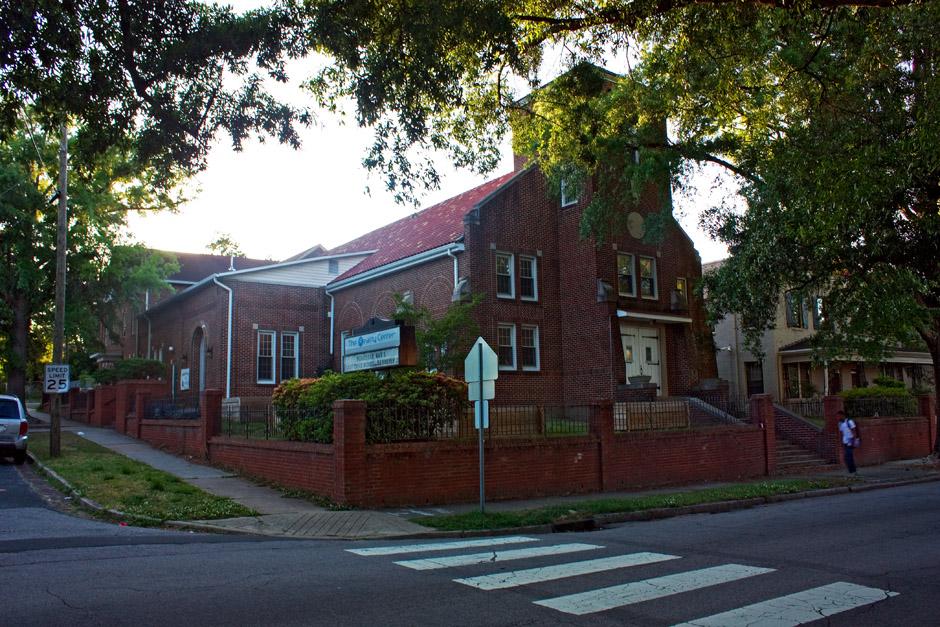 [For any of you that have read Joel Kostyu's book, the top picture is mislabeled as the synagogue on Liberty St. - it appears to have been mislabeled on the back of the photo by Wyatt Dixon]

The building next door has similar stylistic adornments (e.g., brickwork, original roof). Do you know if that building was originally a parsonage or in some other way related to the church?

The Trinity Community Church church in Cary is a different congregation. It used to be called Cary Evangelical Free Church, but when their lease ran out and they found a new place to rent in Raleigh off Chapel Hill Rd, the name no longer fit, so they came up with the new name. They have since moved to Apex.

I don't remember when TCC closed, but Sean Wilson looked at opening Fullsteam Brewery at this location, before the locals threw a fit:

The building next door was not the parsonage. The parsonage was located at 911 Dacian Ave. for many years. It was sold to Sam Margolis, owner of Sam's Pawn Shop, and a parsonage was built on Anderson Street sometime in the early 1960's.

I went with my Aunt & Uncle many,many Sundays to Missionary Alliance.
At the time it seemed like such a huge sanctuary.And I felt so grown up.My Aunt was communion steward for years and I always got to wash all the little glass cups and put them back into their trays.It seemed like hundreds of the cups at the time,but I was just a kid. I remember the people there being so nice and friendly and always thanked me for helping my Aunt. It is a memory I cherish.
XDurhamChick