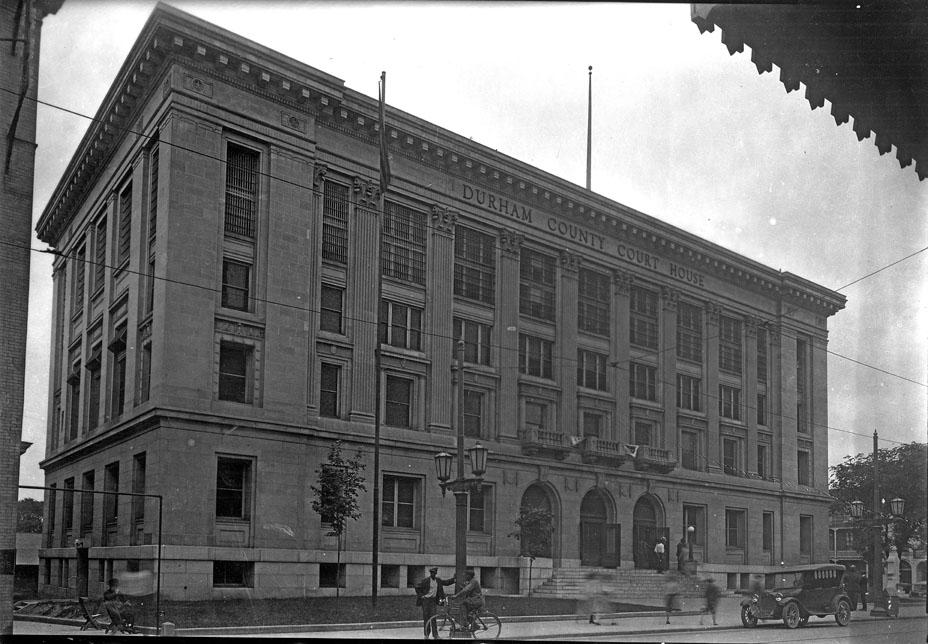 Looking southwest, ~1920.
(Courtesy Duke Archives).
After Durham County was established by vote of the state legislature in 1881, the first courthouse (and everything else related to the business of the new county) was located in rented space in Stokes Hall, on the northeast corner of Corcoran and West Main St. 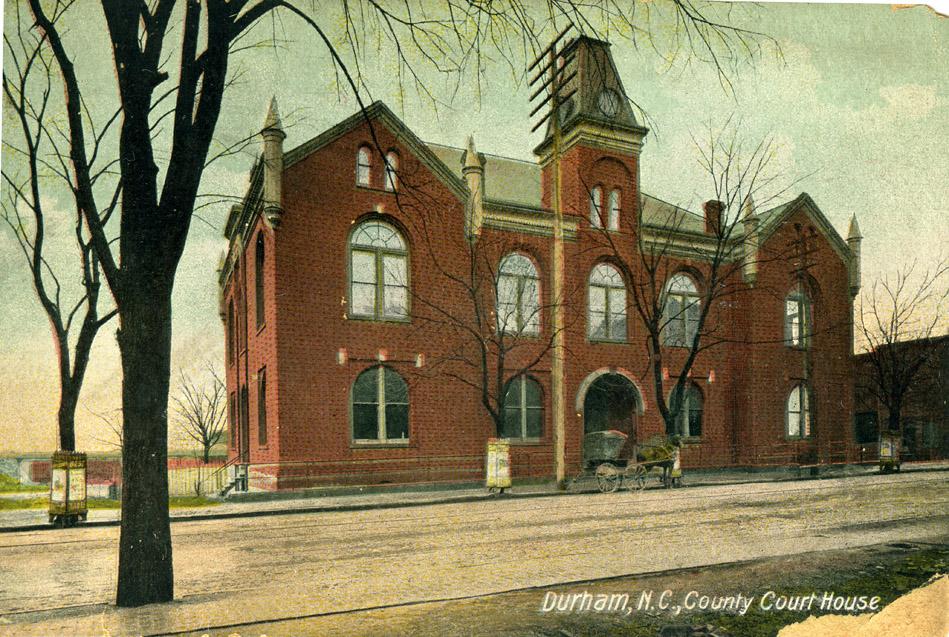 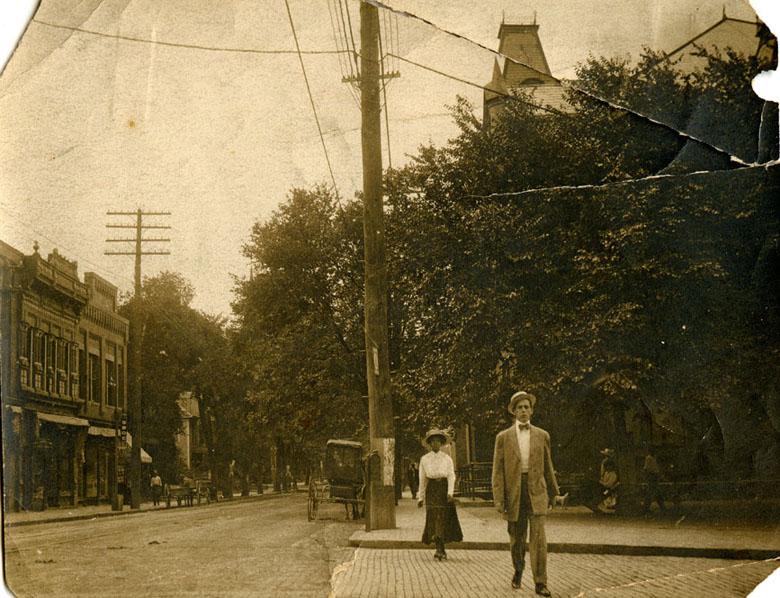 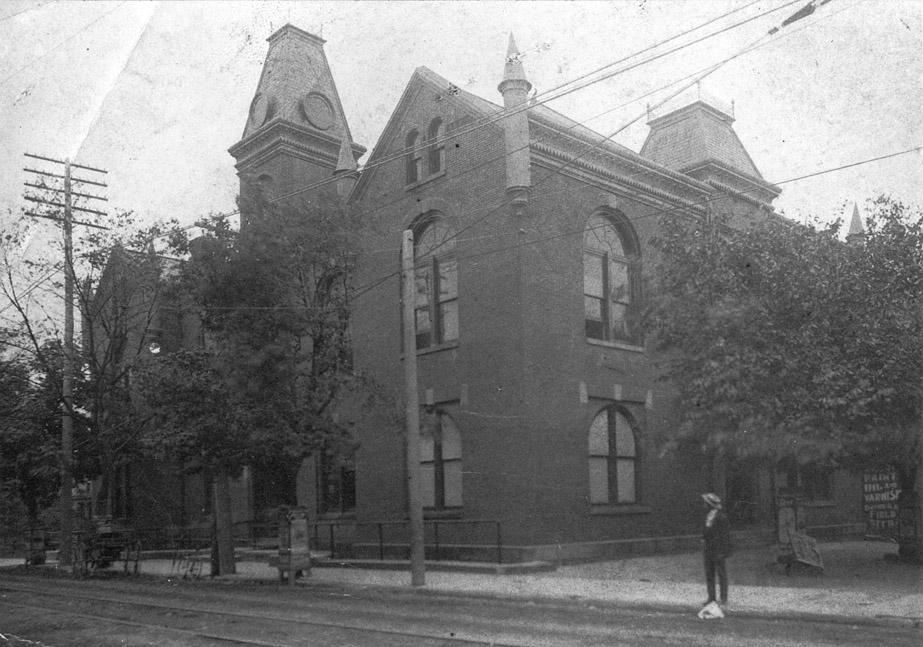 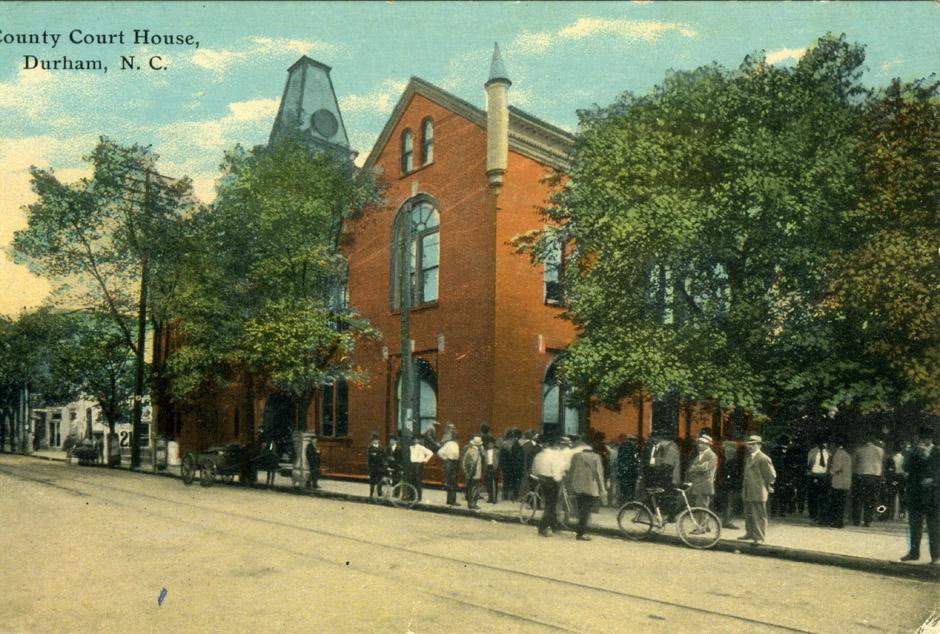 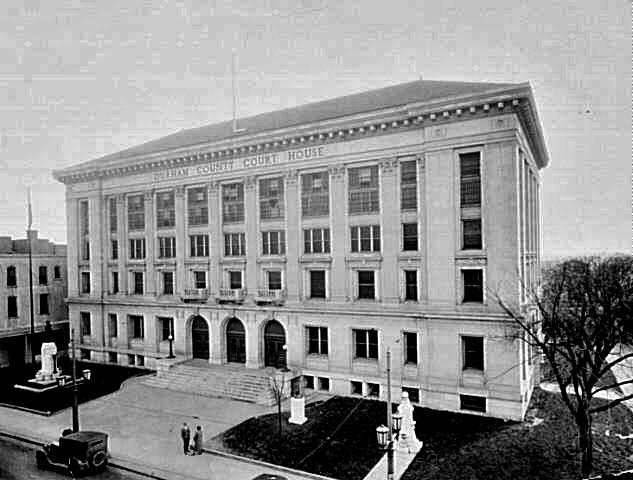 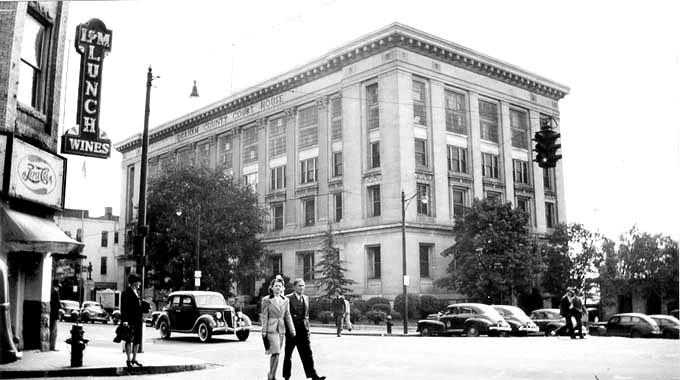 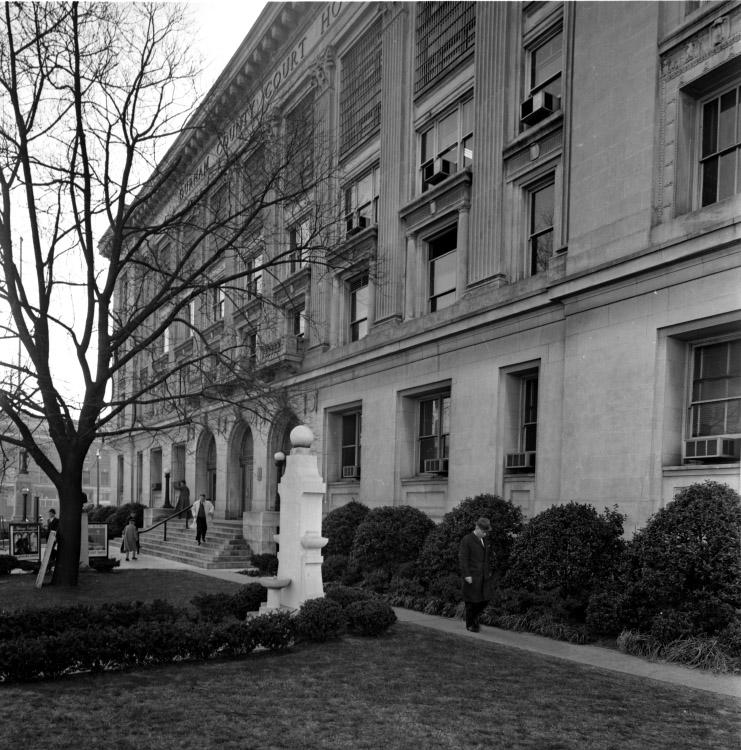 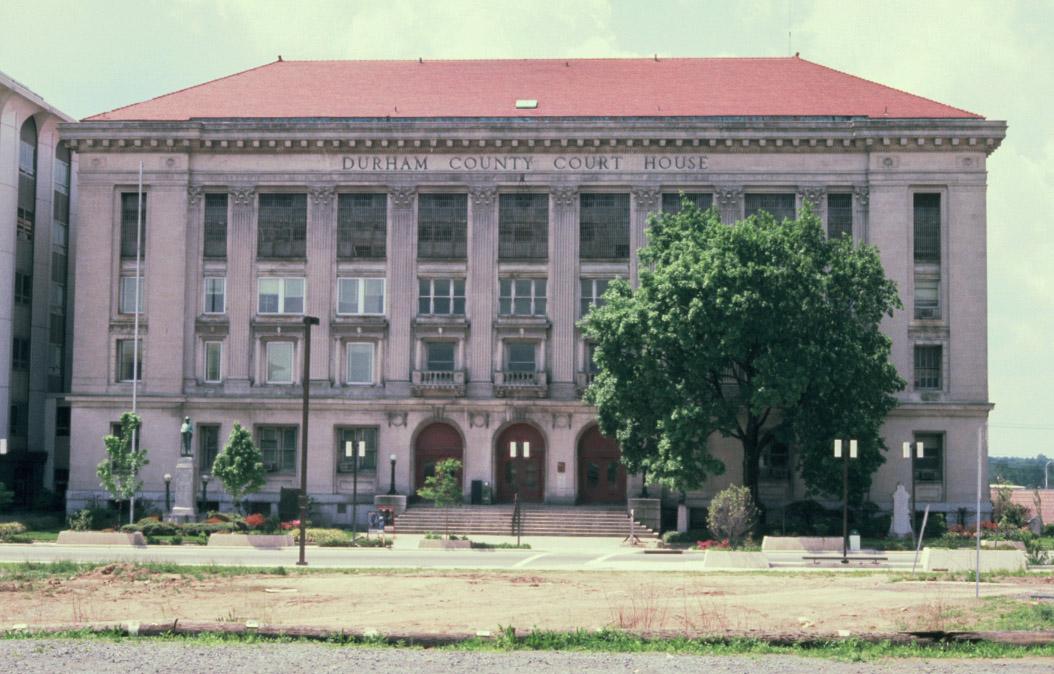 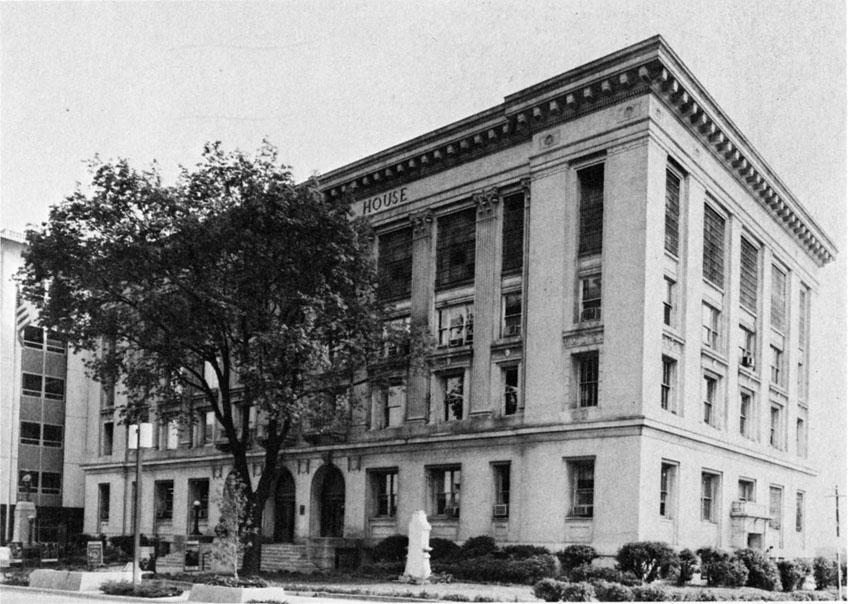 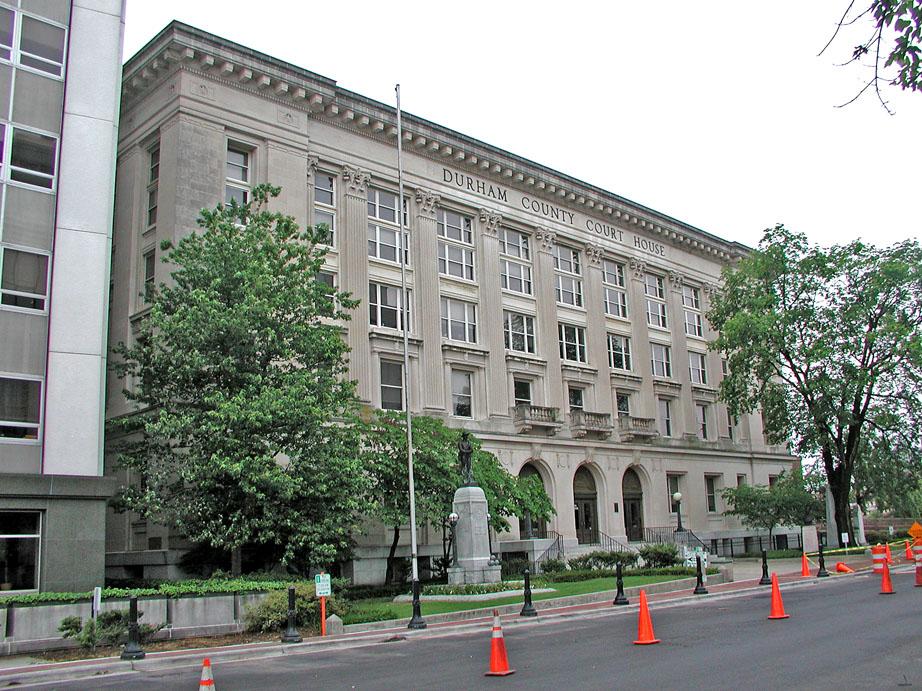