The Chatham Knitting Mills were founded in 1906 and foundered in 1932; the site became a WPA sewing room, then was demolished. By the mid-1950s, Gann Street was plowed through the former site. 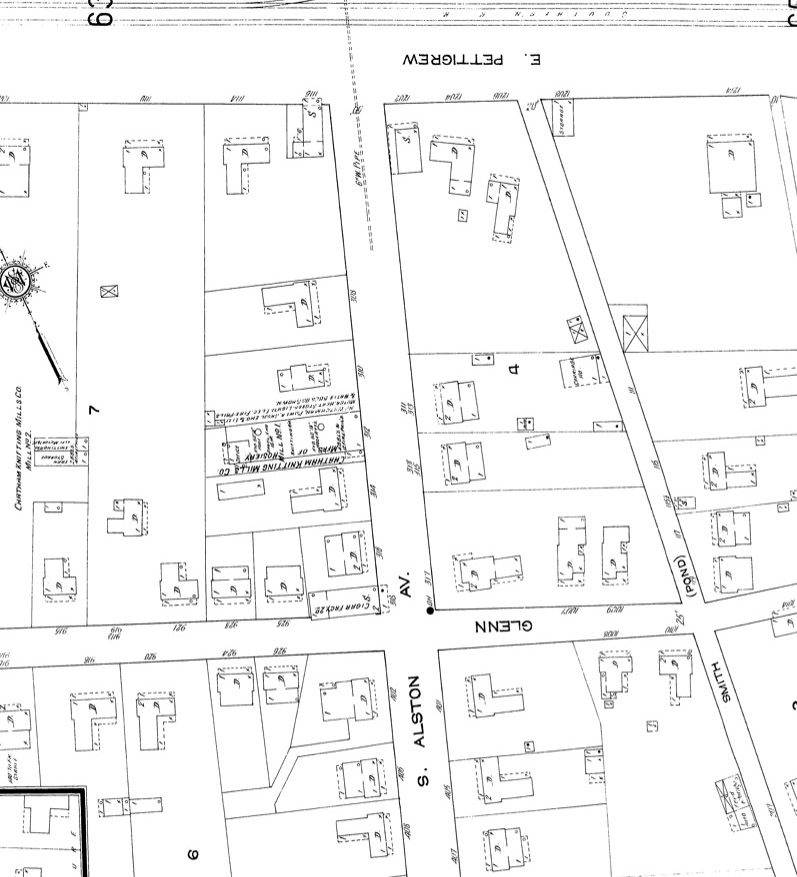 Per the 1910 Durham Illustrated.

CHATHAM KNITTING MIlLS co. The Chatham Knitting Mills Company, of this city, was incorporated four years ago, with the following executive officers: President, J. Henderson Stone; Secretary-Treasurer, William T. Cole. A large trade has already been established, and confining their output to one line, men's gray socks, they have brought their plant and staff to a very high degree of efficiency. The factory, located at 312 South Alston Avenue, is the property of the company. It is a well constructed building 35 by 125 feet, giving nearly 5,000 feet of floor space in the main building. Specially constructed knitting machines have been installed, and with their eighty skilled operators a large amount of work is turned out. Mr. Stone is a native of the State, and has spent practically his whole life here. He is interested as well in a number of other local enterprises. Mr. Cole, too, is an experienced man in the mill business, and has been a resident of the city for over thirty years.

The management of the business seemed to undergo a fair amount of turnover during the 1910s-1930s. In 1931, The Chatham Knitting Mill changes its name to the Chatham Hosiery Mill; by 1932, it has disappeared. in 1937, the building was being used for a WPA sewing room.

By 1950, it was demolished, and by 1955, Gann Street was cut through the former location of the building to connect South Alston Ave. with Chatham Place/Alley.