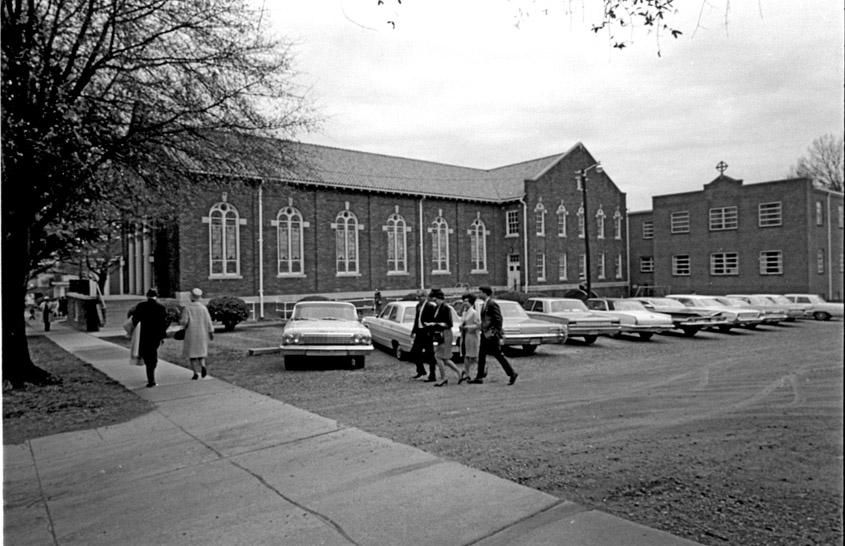 The church can also be seen in the background of two fabulous, but copyrighted, photographs from April 1969, here and here.

Asbury United Methodist began in 1894 as the West Durham Methodist Church at the corner of West Main and Ninth Streets. In 1927, the church constructed a new sanctuary, designed by Greensboro architect Harry Barton at Sixth St. and College Road / W. Markham Avenue. and moved the congregation to Trinity Heights. In 1944, the congregation changed its name to Asbury Methodist Church.

The congregation is still active today. While I think the building is beautiful, I can't say I'm a fan of the immense circa-1968 surface parking lot. Familiar theme - immense lot, full on Sundays, empty-ish a lot of other times. It particularly hurts to have the corner (and half the block face) taken up by this - maybe at some point they can find a way to do with less and at least get some building along one of the two street frontages, including the corner. 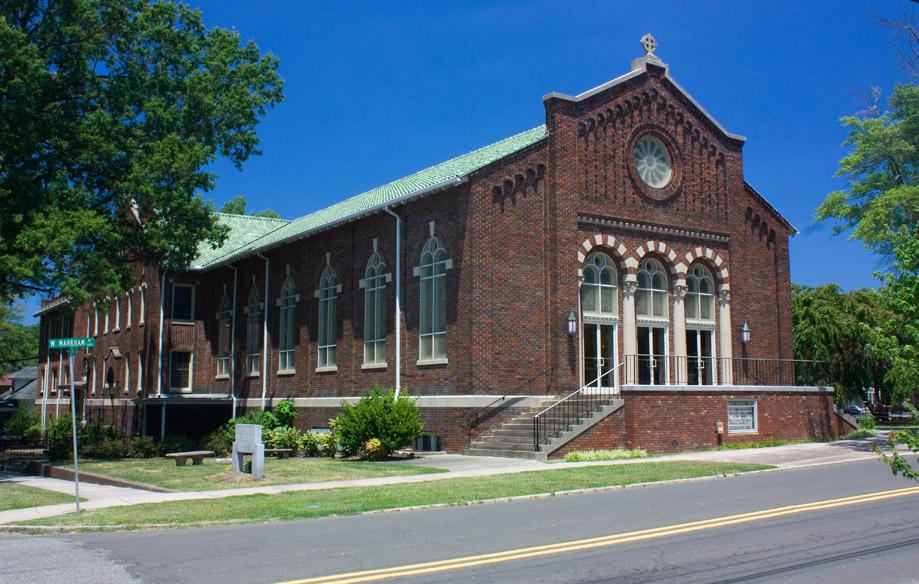 This church is virtually identical to First Methodist Church in Asheboro, NC (my hometown). First Methodist also has an attached residence (I assume was the original parsonage) with some great detailing (similar to that found on the church).
Google Maps-First Methodist, Asheboro

If I can find out any info re: architects, etc. on First Methodist I'll pass it along!

The large parking lot that is part of this site does see some significant weekday use from people utilizing the trail around Duke East. The chuech is kind enough to open the lot to all comers.

Oh, Dana, I love it! People drive their cars to Duke to exercise! Maybe they could just walk in their own neighborhood?

Dear Mr.Martin
Home is for parking the car and a little tv before taking the car out again to the drive-thru.Most neighborhoods are dangerous.Just watch the news.You never know who is behind the door across the street or even next door.Cars are a good thing!Ask any Insurance agent.Cars are like a movie....non-stop action!Walking...you have too much time to think.It makes too much sense.