3610
Dover Road
Durham
NC
Cross Street
Surrey Road
Architectural style
Colonial Revival
Construction type
Wood Frame
National Register
Hope Valley
Neighborhood
Hope Valley
Building Type
Residential
Can you help?
You don't need to know everything, but do you know the year it was built?
Log in or register and you can edit this. 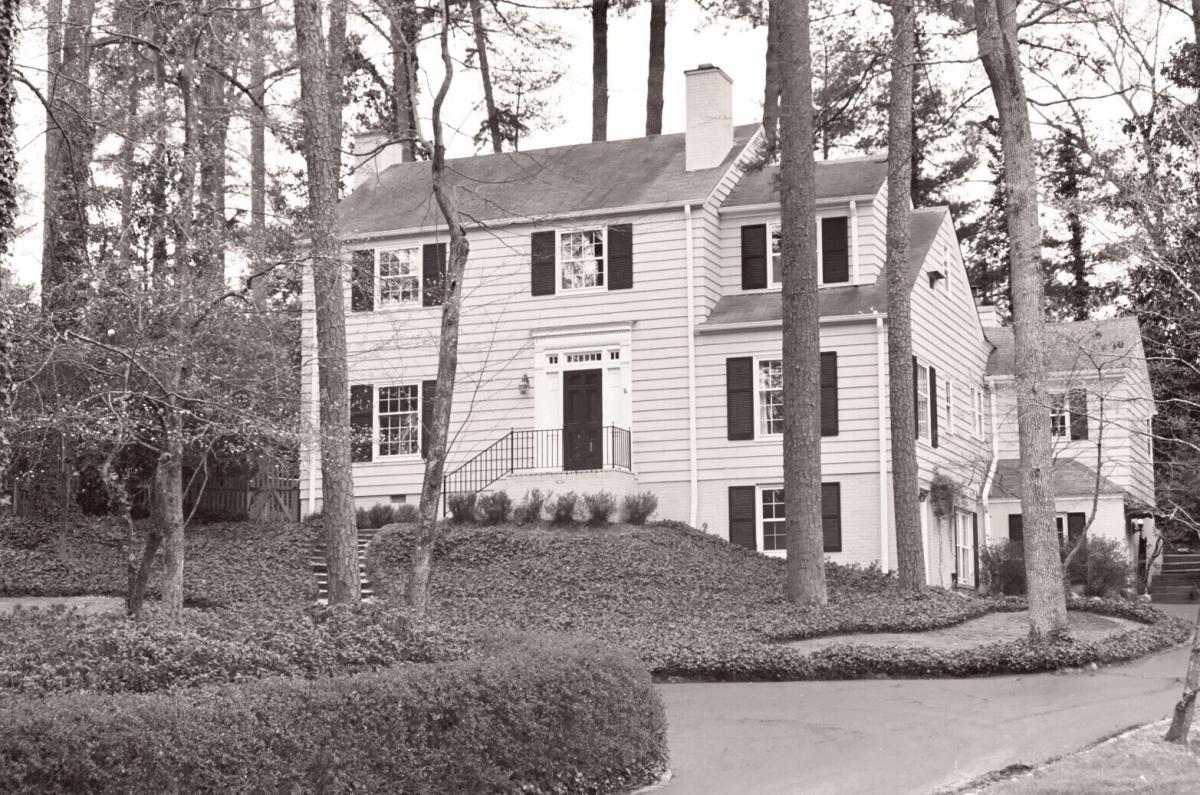 The Wackerman House is a two-story on basement side-gabled Colonial Revival with weatherboard sheathing, 8/12 sash, and a one and-a-half-story wing at north side. City records date the house to 1941 and city directories show that Albert and Ruth Wackerman were the first residents.  The house was located in a small cluster of homes that include the Hansen-Pruss House, on tour today, the Bryson House and the Budd House on Avon Road.  Albert E. Wackerman was a professor at Duke University.

The architect for the Wackeman’s new home was George F. Hackey, who also designed the neighboring Barringer residence, now razed, (see photo of the Barringer House in the Gone but not Forgotten section of this tour book).

Wackerman was one of the two final faculty members hired in the late 1930’s by Dean Clarence F. Korstian to create the School of Forestry at Duke University.  Wackerman’s specialty was forest utilization. His position in the Forestry School gave him access to the cherry paneling that he installed in the study of the home.  The School of Forestry at Duke was in the enviable position of having Duke Forest as its laboratory and classroom; an unintentional consequence of James B. Duke’s insistence that his new university have a significant access road (now NC 751) leading in and out of the new west campus.  Duke and later the University bought large tracts of forest and farm land to ensure room for expansion, a significant buffer from encroachment, and a proper entrance to its western campus.

Wackerman planted the lot, which used to extend back to Stratford Road and was especially chosen for its elevation and mature trees, with camellias and azaleas, all of which were carefully labeled.  Unfortunately Hurricane Fran felled many of the beautiful pines so prized by Mr. Wackerman, but much of his original landscape remains.

Typical of homes during this era, the house was filled with floral wallpapers from Durham’s D.C. May & Company, and its exterior was painted white, according to subsequent owners.

The Wackerman’s lived at 3610 Dover until 1967 when Clark and Karen Havighurst purchased the home, remaining there for nearly 40 years. Havighurst was a member of the Duke Law faculty, and Karen a musician, graphic designer and event planner.  Mrs. Havighurst, a harpist, and daughter Marjorie gave recitals in the large living room overlooking Dover Road. Her large gilt harp used to sit in the corner as you enter the living room and could be seen from the large front living room window.  The murals in the dining room were painted by Mrs. Havighurst during a 1980’s decorating update.

By far the longest inhabitants of the house, the Havighurst’s, who raised two children, and a Dalmatian in the home, were responsible for two significant additions.  The house’s original configuration included a small eat in kitchen at the rear of the house (notice the floor in the kitchen to see the location of the original backdoor), and two bedrooms on the second floor.

The Havighurst’s added an additional bedroom and bath over the kitchen, carved out of an attic storage area, adding too, the dormer on the right of the main block.  Later with the help of contractor Terry Sanford Jr. they added the large open family room and kitchen in the rear of the home, converting a garage on the lower level to a multi-purpose space and constructing the detached two car garage.  Just prior to moving in 2004 they renovated the study, reworking the cherry paneling and adding Indian marble to the fireplace surround.

The current owners enclosed the screened porch and freshened the kitchen, baths and multi-purpose room.