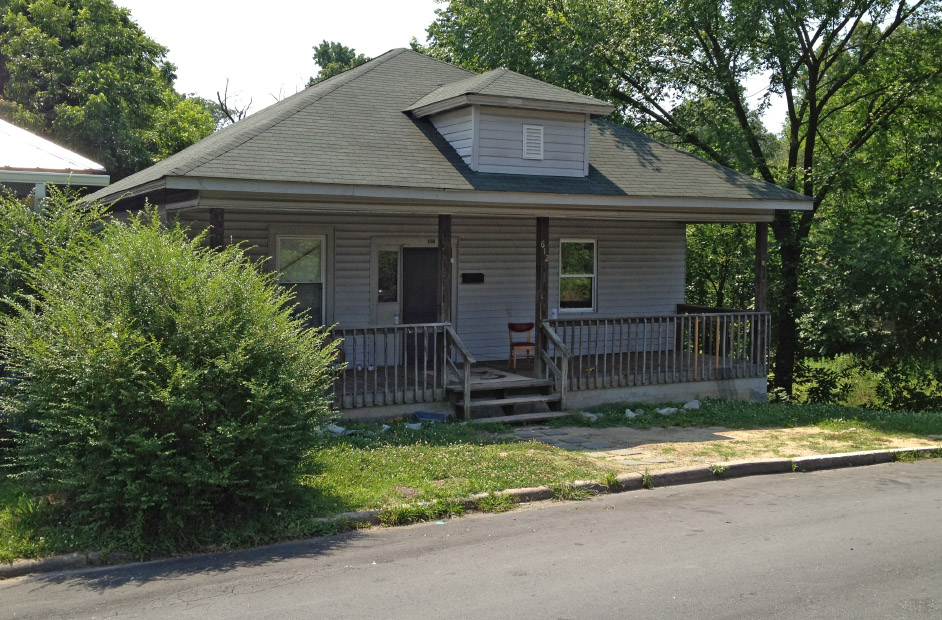 This one-story, hip-roofed house is three bays wide and triple-pile. The house has a stuccoed concrete block foundation under the porch, vinyl siding, and an asphalt-shingled roof. The house has a hipped front dormer with a small rectangular vent. The engaged front porch is supported by modern square posts with modern replacement rails. Original windows have been replaced with vinyl one-over-one windows, but an original divided-light sidelight remains next to the replacement front door. The houses at 612, 614, and 616 N. Queen Street are nearly identical and closely spaced. Their earliest inhabitants were machinists and other working-class men, indicating that the houses were likely constructed by a single property owner as investment properties. W. H. Linthicum was listed here in 1919; the house was vacant in 1924. 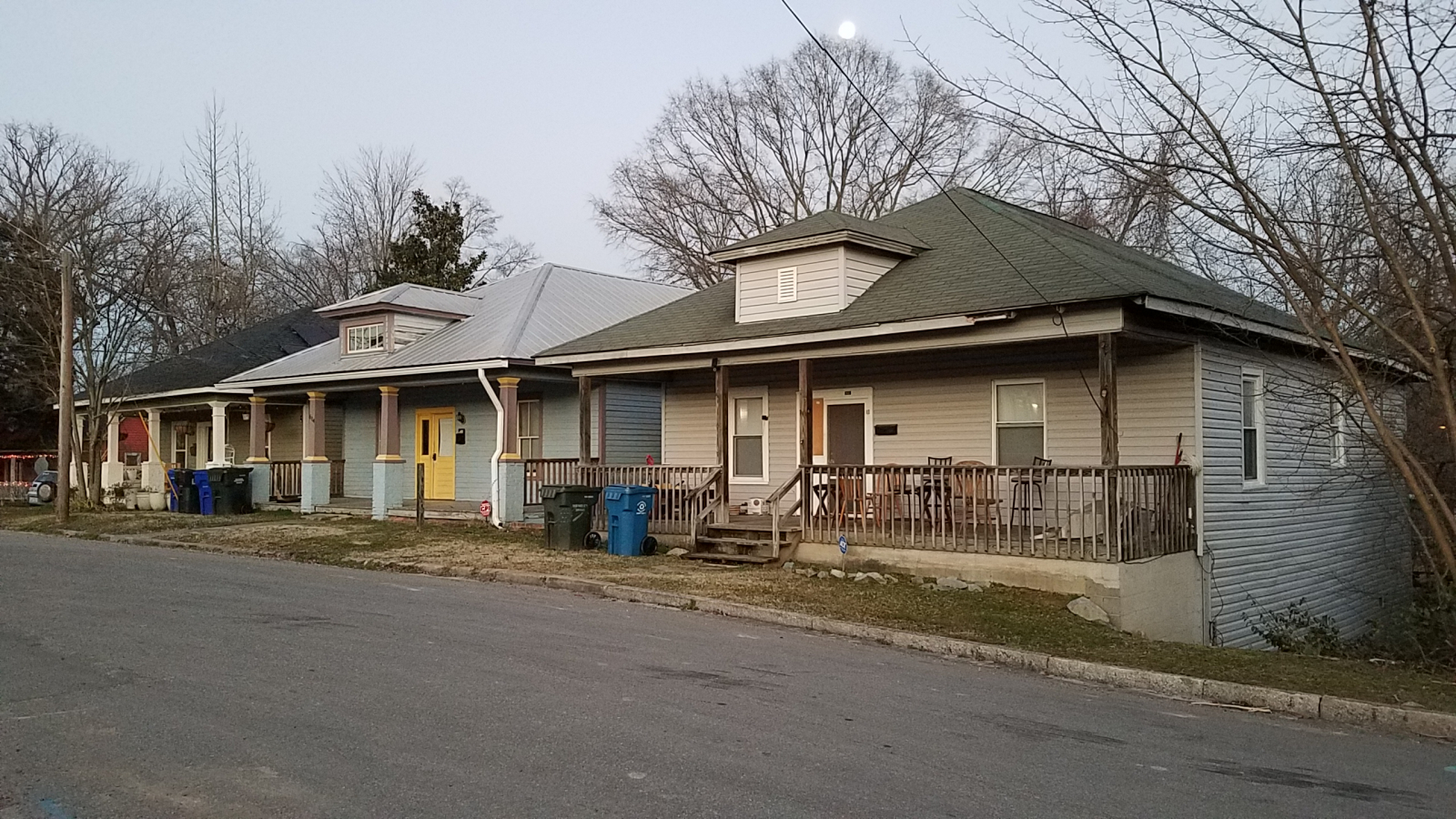