523
Holloway Street
Durham
NC
Year built
~1880s
Year(s) modified
2007
Architectural style
Victorian
Construction type
Frame
Local historic district
Cleveland-Holloway
National Register
Cleveland-Holloway
Neighborhood
Cleveland-Holloway
Use
Residence
Building Type
Residential
Can you help?
You don't need to know everything, but do you know the architect?
Log in or register and you can edit this. 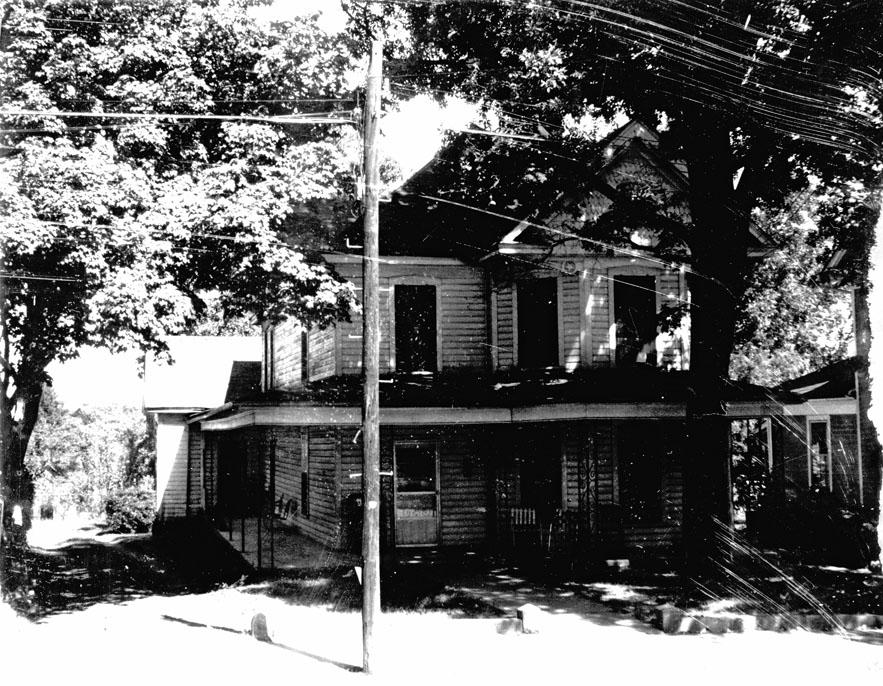 Credit goes to Heather's comments on my post yesterday for today's historical background:

She wrote that 523 Holloway, a cross-gabled Victorian with a front-facing bay and large corner brackets, was "likely constructed by Robert (and Susan) Gilbert who purchased the property in the mid-1880s." When Robert Gilbert died in 1908, RM Jones, the owner of 521 Holloway, profiled yesterday, purchased 5 properties on the north side of Holloway.

The above picture dates to 1964, at which point the house was not looking in the best of shape - and had already lost its original porch columns.

This post is an update - I posted on 523 in August of 2006, at which point I noted that the house had been vacant for several years, and was condemned. 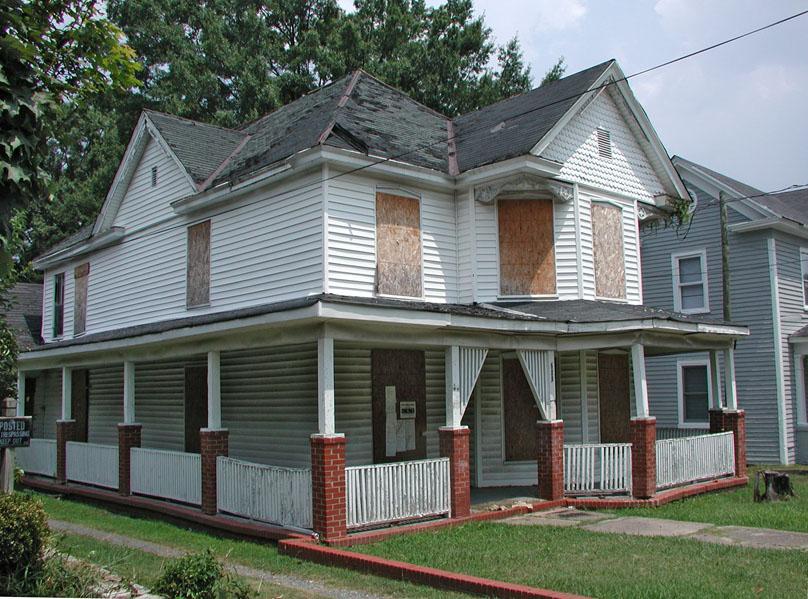 Fortunately, in November of 2006, it was purchased by the owner-occupant of 510 Holloway, who has been in the process of renovating the house over the past several months. 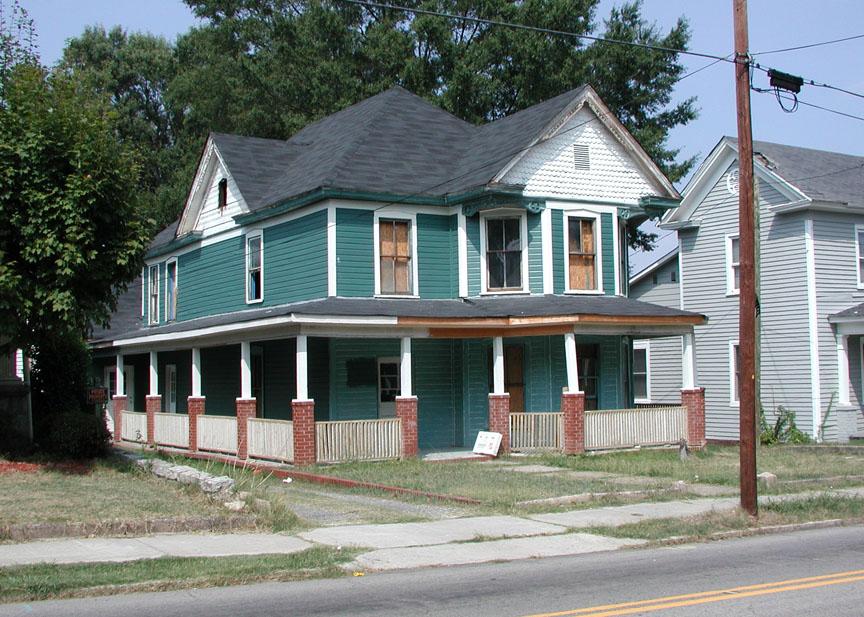 A burning question that I don't have the answer to - what happened to the all of the big shade trees on Holloway? 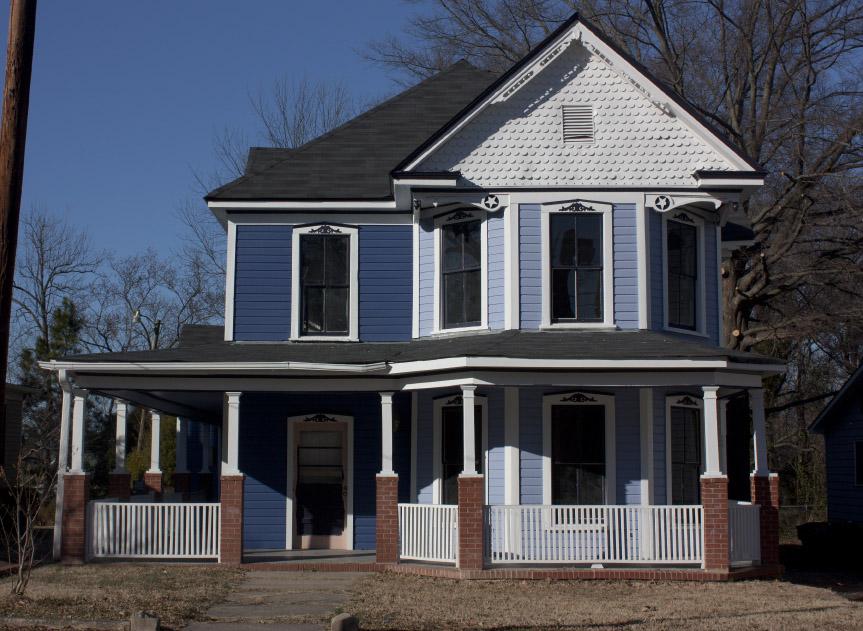 Funny you should mention the shade trees. It occurred to me several years ago that if ever there was a street that could benefit from getting rid of the utility poles and burying the power lines, it was Holloway. The next time you drive down it, try to imagine what it would be like without the poles. If you see the same thing I do, it's pretty startling.

I wouldn't be surprised if the shade trees disappeared through actions by Duke Power. Selfless actions, of course, to save them all from "killer trees."

Could have been Duke Power--but Duke Power has maintained all of the oaks in Trinity Park and Oval Park.

Maybe they were victims of that Dutch Elm disease that went through...when...in the 1970s?

Love this site! I lived in Durham for a decade after going to college there, now live in a 1920 bunaglow in Raleigh. It's great when people appreciate historic structures and the attention to detail that went into them.

From what I've seen in similar situations (i.e. historic neighborhoods in urban environments), large trees disappear either due to disease/rot problems (like Lea mentioned) where the property owner or city/town removes them, power companies due to power line obstruction (or perceived obstruction; Duke Power/Energy is REALLY bad about this), or road widening or the planning for future widening.

Yes, Duke Power has "maintained" the trees in Trinity Park and on Club Blvd, but frequently has mauled and butchered them. It wouldn't surprise me if an aggressive mauling on Holloway, perhaps because of a different line height, caused most of them to die.

We're renovating this home for our family and blogging about it:
http://durhamjoneshouse.blogspot.com/