413
Cecil Street
Durham
NC
Year built
1953
Architectural style
Ranch
Construction type
Brick Veneer
National Register
College Heights
Neighborhood
College Heights
Use
Residence
Building Type
Residential
Can you help?
You don't need to know everything, but do you know the architect?
Log in or register and you can edit this. 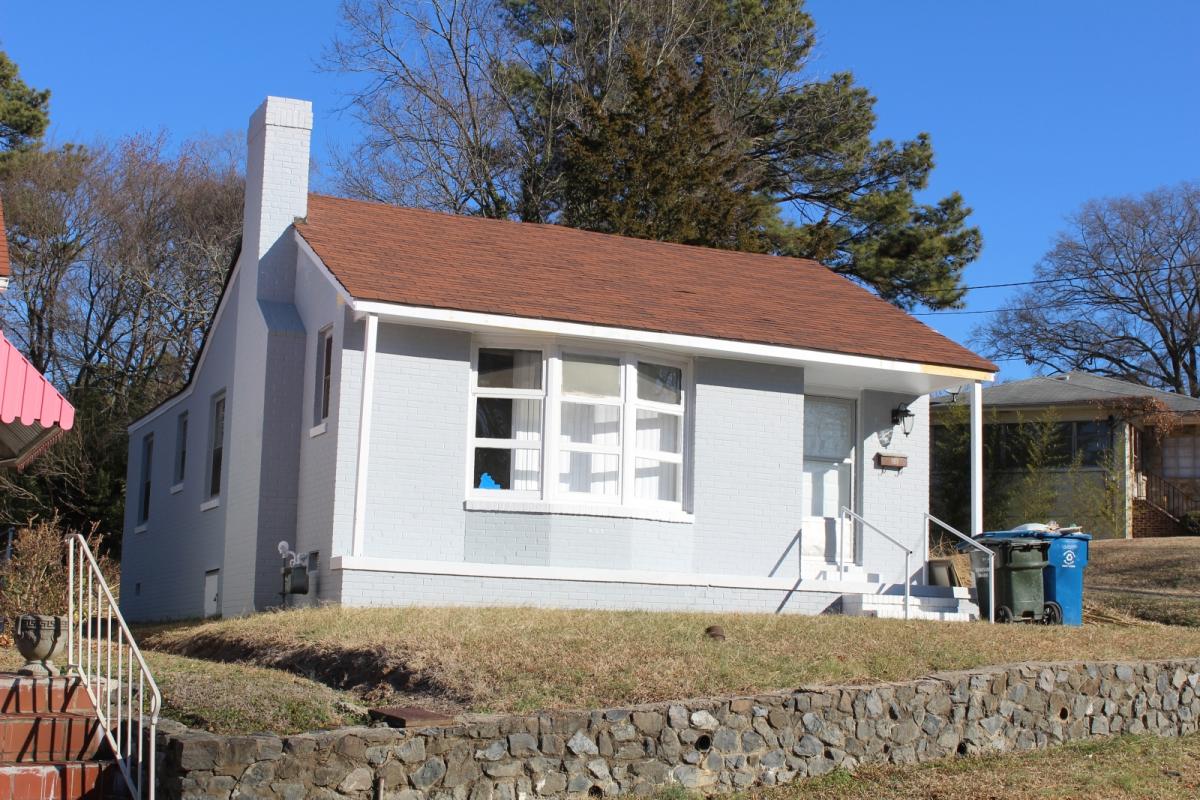 With a distinctive nine-light bay window on the left side of the façade, this one-story, side-gabled Ranch house is two bays wide and four pile, due to a full-width gabled rear wing. The house has a painted brick veneer, flush eaves, and two-over-two horizontal-pane wood-sash windows on the right (east) elevation. A replacement six-panel door is located in an inset bay on the right end of the facade and is sheltered by a shallow inset porch supported by a square post at the outside corner. The porch floor continues as a shallow projection across the entire façade. An exterior brick chimney on the left (west) elevation is flanked by small, four-light wood-sash windows. There is an interior brick chimney in the rear wing and a three-light-over-three-panel door on the right elevation of the rear wing. A stone wall extends across the front of the property and there is a prefabricated metal shed at the rear. County tax records date the house to 1953 and the earliest known occupants are Jason M. Husband, a machinist at Liggett & Myers Tobacco Company, and his wife, Laura S. Husband, a cashier at Center Theatre, in 1955.

On March 5, 2019, Tobacco Road Realty LLC sold the property to Mohammed Rahim Juman, who is the current owner. .