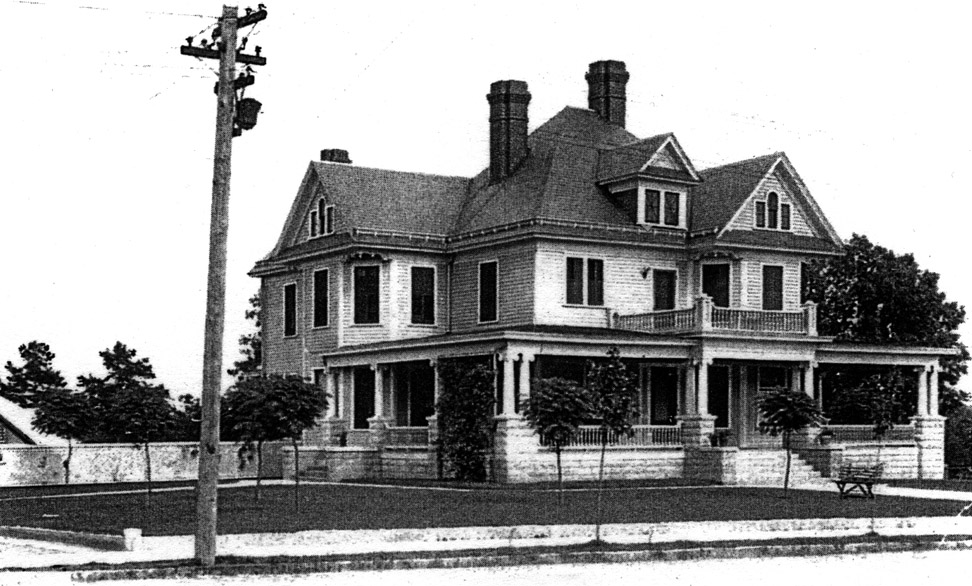 The house at 410 Watts St. appears to have been built in ~1906-7 by James B Warren, who is listed variably as a "manager" at 107 1/2 East Main St. later as vice president of Merchants Bank with an office at the same address. There are various JB Warrens in the city directories prior to that date who are listed only as living in West Durham or Caswell Hill/Heights with some association with the Banner Warehouse or the Globe Warehouse. Warren later served as both a county commissioner and city councilman.

Warren appears to have lived in the house until his death in 1913, after which it was occupied by William Patrick Farthing, who worked as a "timekeeper" early in the 20th century, and later served as manager of Lakewood Amusement Park. Farthing had previously lived at 311 Watts St., and prior to that, at 401 McMannen St.

By the 1930s, the house appears to have been converted into apartments. I'm not sure of the ownership during this period, but the house may have passed to Farthing's children, who married into the Teer family.

In 1952, the house was demolished, and the lot sat vacant for many years. Given that it was owned by a builder, and the fact that many apartment buildings were constructed in Trinity Park after the 1920s, I would guess that the intent was, from the time of demolition, to replace the structure with an apartment building. But that's only a supposition. 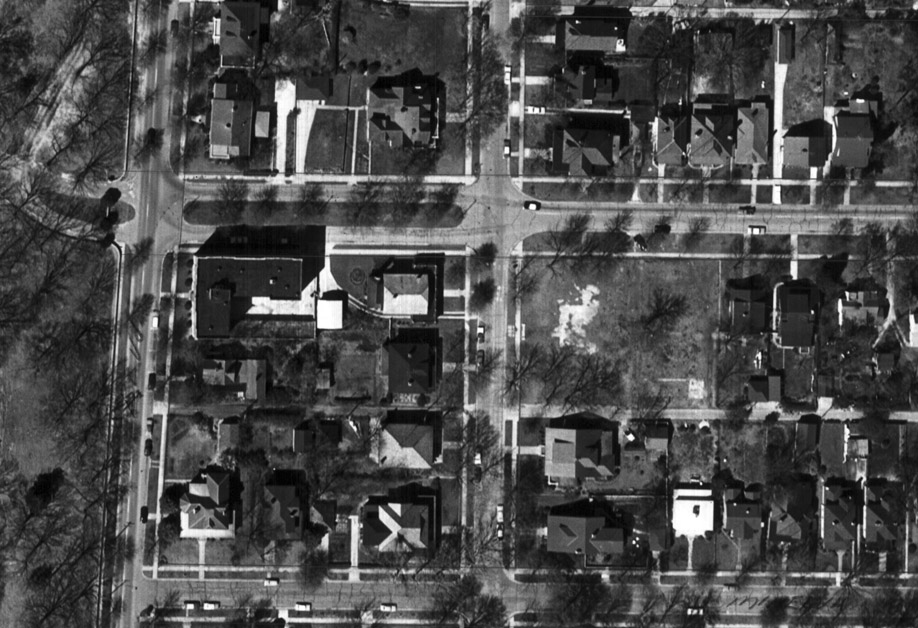 Per the Trinity Park neighborhood website, in July 1980, residents purchased the site, which was "slated for a multifamily dwelling" from Teer Industries and created a playground. "Today, our park features a wonderful gazebo, a gated play area with new equipment, as well as spacious grassy areas with benches and shade trees. It is the hub of annual activities, concerts, and festivals."

While the loss of the Warren-Farthing house is lamentable, the park serves as the focal point of the neighborhood, and integrates with the neighborhood as a small urban park far better than many other green spaces in Durham. The scale of the park and surrounding neighborhood provide the park with a perimeter definition that is missing from most of Durham's parks, many of which, in my opinion, exist in a awkward 'tweener' zone of tiny natural/woodland spaces - which, to me, feel too ill-defined to be enjoyable green space in the urban realm and too small to hike and explore and feel like you've gotten away from it all.

Perhaps it's just my preference, but, as an adult, small parks work better as more formal City Beautiful-type spaces than the tiny hilly grove of pine trees and some play equipment that seem to typify many of the neighborhood/smaller parks in Durham.

Gary, Remember back a couple

Gary,
Remember back a couple years ago when the fate of those Warren/Chambley graves were in contention during construction in that area?
http://durhammaps.blogspot.com/2008/08/rip-nancy-warren-oct-1842-jan-190...

Interesting! On Mitch's post, there is a James Warren on the census records. A bit beyond my purvey (genealogy) but it would be neat to tie those together.

My original post on the grave site (which I updated with a picture of the house that now sits on top of the former cemetery):

I fondly recall taking my

I fondly recall taking my kids to play there in the early-mid 1990s. We actually lived on the "wrong" -- Walltown -- side of Buchanan, but had lots of friends in Trinity Park. This was a great space not only for the kids but for their caregivers. Every day or so, we would meet our friends at the "tot lot." However, while some people were quite friendly, there were always some moms there who were always a bit cold to me, a stay-at-home dad -- as if they didn't know quite what to do with me!

Gary - Based on the date you

Based on the date you give for J. B. Warren's death, and Allen Dew's cemetery census, I found the death certificate on-line. Because the handwriting on the certificate is so bad, the site transcribed the last name wrong in their database. Still, I was able to search by death date. I will leave it as is here, but I'm satisfied from comparing the handwriting in words like "Orange" and "Durham" that the name is Warren and not Wamer.

Other info on the certificate shows both parents were from Orange County, NC, that he was widowed, and that Mr. Warren's former occupation was "real estate dealer". He was buried at Maplewood. The informant of record was W. P. Redmond.

I think it is very likely Nancy Warren is the same Nancy Warren as in Mitch’s blog entry. How far apart are these two properties?

I just wish I could find a marriage bond or license for Thomas Warren and a Betsy Bailey so I could settle my own questions about the notorious Mrs. Warren.

Sorry, I hit "send" without

Sorry, I hit "send" without proofreading and realize my fixation on Nancy and Betsy got me off track.

What I meant is that I think James B. Warren is the same James Warren from the 1850 census and the brother of Nancy Warren (Chambley) from the grave site.

what a huge loss for the

what a huge loss for the neighborhood. It looks like it would have been one of the grandest.

I played in that empty lot

I played in that empty lot when I was a child in the early 70's, and I take my little girl to play there now. The small retaining wall and the steps are still there. The creation of that playground was the impetus for the creation of the Trinity Park Association, and it's worth taking a look at the memorial to Max Rogers that's on the Trinity Street side of the park. When you look at the sculpture, think about the grill of the Studebakers that Max used to drive, and the design will make more sense.

RE: Thomas Warren and Betsy

RE: Thomas Warren and Betsy Bailey (death certificate of James B. Warren) is inaccurate

The informant was the son-in-law W. P. Redmond who was guessing at a time of grief. Death Certificates notorious for mistakes other than place and date of death (the only thing you can wholly trust). On death certificates of other children of James B. Warren it was indicated Elizabeth Woods was the mother.

I think people below did the

I think people below did the work--Nancy Warren (Chambley) and James B. Warren were brother and sister.

If anyone has further questions oin all these people let me know, I'll upload the primary evidence.

Jessie Kinshelo Chambley/Shambley/Chamblee left a will with the following real estate provisions which may interest someone:

If anyone cares, the obit of Elizabeth Woods Warren, if you had doubts about the Nancy Warren, James B. Warren papertrail, this will help you:

Durham Globe, 21 March 1892DEATH OF AN AGED LADY
Mrs. Bettie Warren of This County Passes Away at a Ripe Old Age
Mrs. Bettie Warren , an old and much respected lady, passed away this morning after a brief illness at the home of her son-in -law, Mr. J.K. Shambley about four miles ouf of Durham. Deceased was 85 years old and after a long and well spent life died in the hope of a bright hereafter. She has several children in this county among them Mr. J. B. Warren of this city who was with her in her last hours. Funeral will take place from the residence tomorrow afternoon at 1 o'clock and the interment will be at the John Markham place on Guess Road.

More trivia on James B. Warren from his obituary:

Wonder if church is extant.