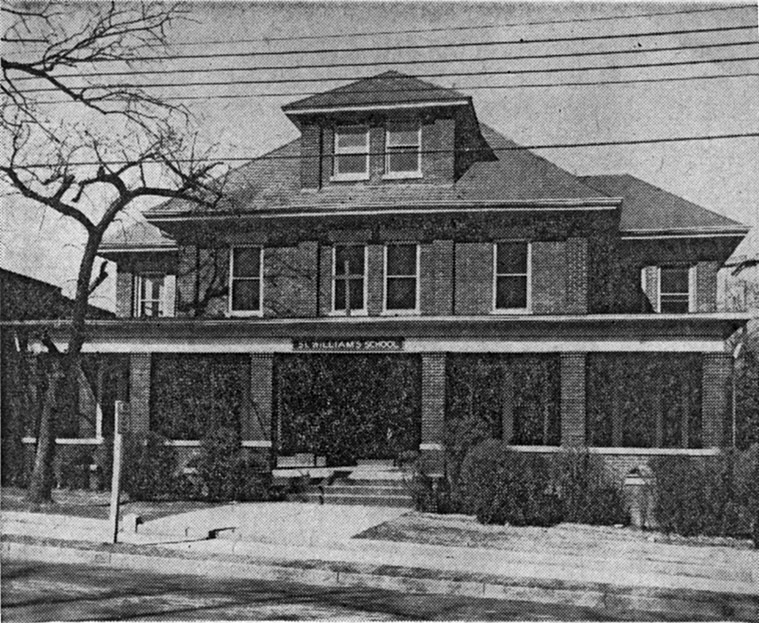 A view of the north side of the 400 block of West Chapel Hill St. shows several large houses. 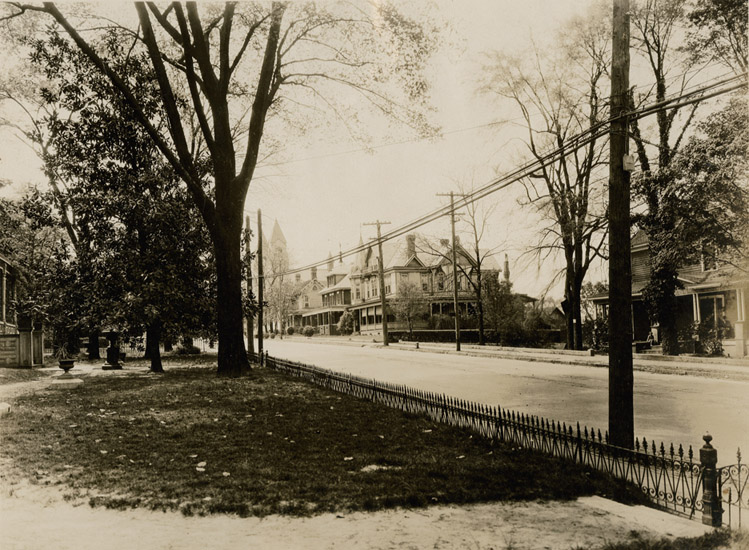 Notice that 'The Terrace', BN Duke's first house, is now on that side of the street, just beyond that is 406 West Chapel Hill. 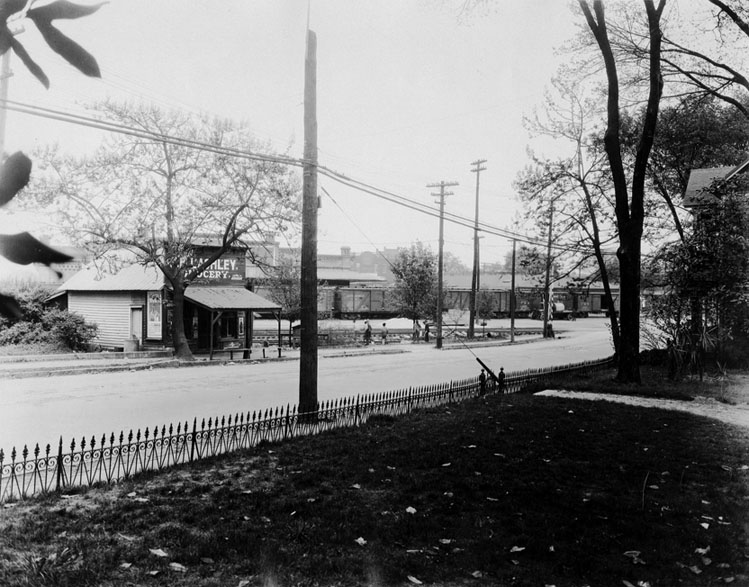 Looking northeast towards the railroad tracks and the Walker Warehouse from West Chapel Hill St.

Commercial expansion and piecemeal replacement of these houses occurred between the 1930s and 1950s. 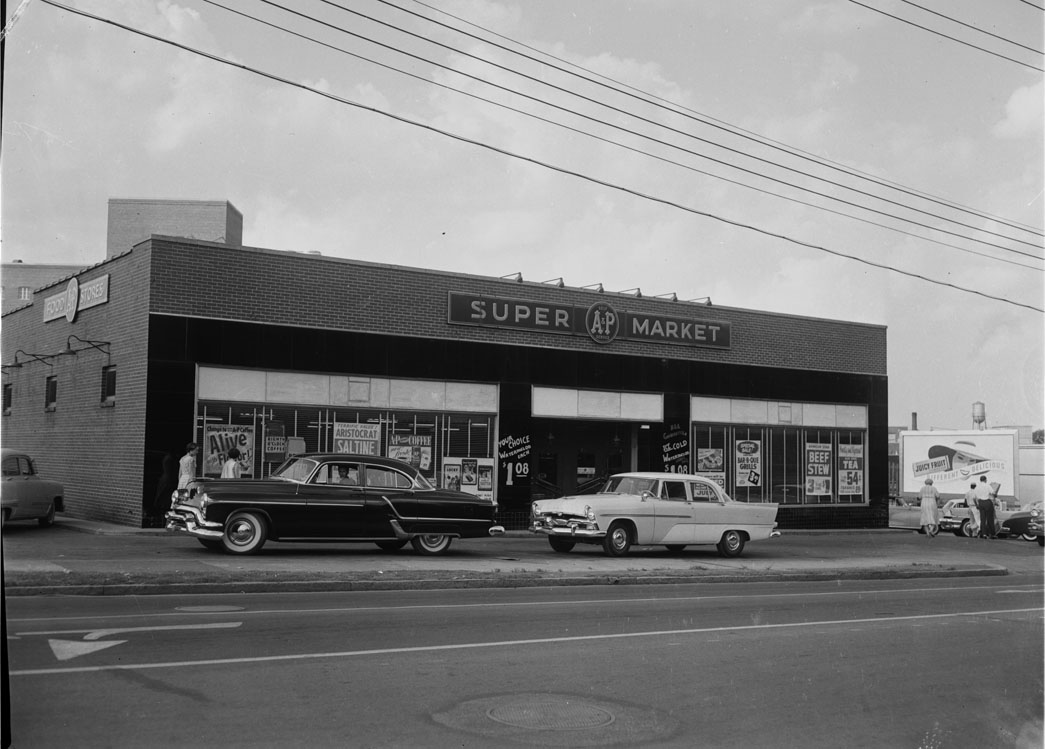 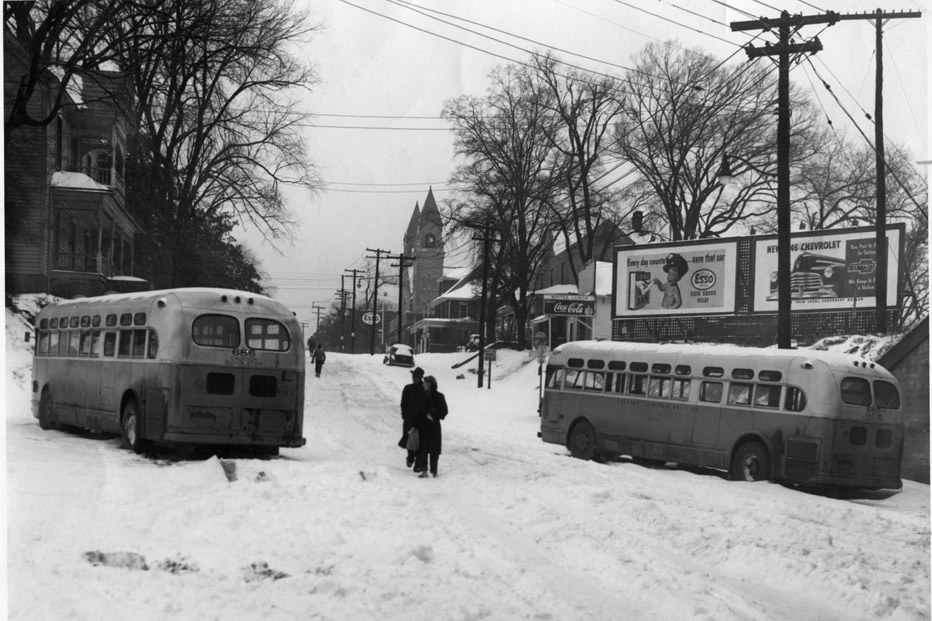 Post snowstorm view of the block, 1950s - the A&P and Esso station are visible near the end of the block on the right, while a few houses and a frame grocery - possibly still the B. Lashley grocery building (renamed "White's Lunch") remain in the right foreground. St. William's School remains in coexistence with the service station and A&P
(Courtesy Duke RBMC - Wyatt Dixon Collection)

This side of the street was completely commercial by the late 1950s. 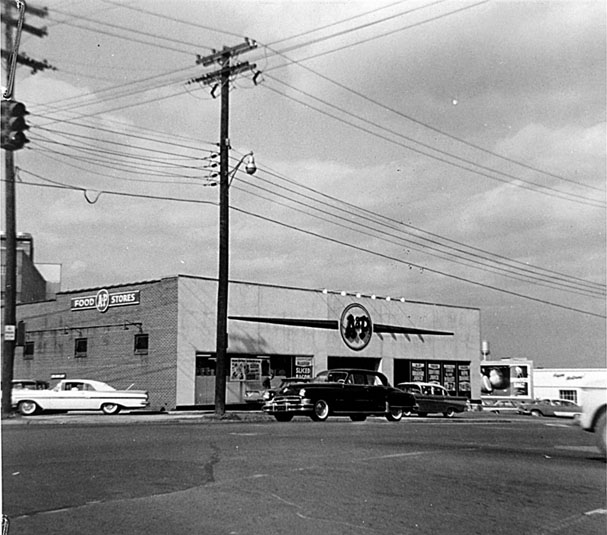 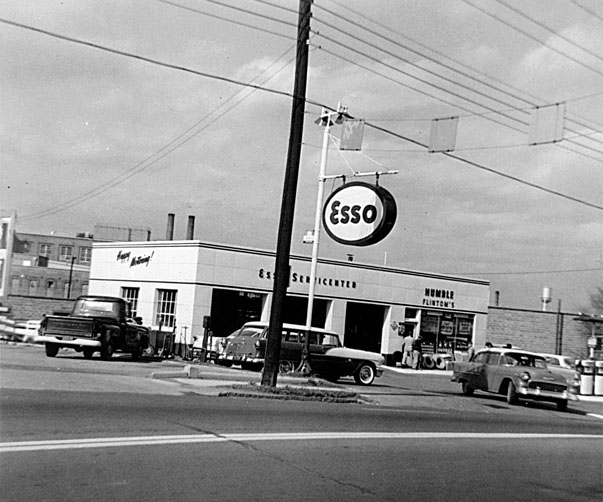 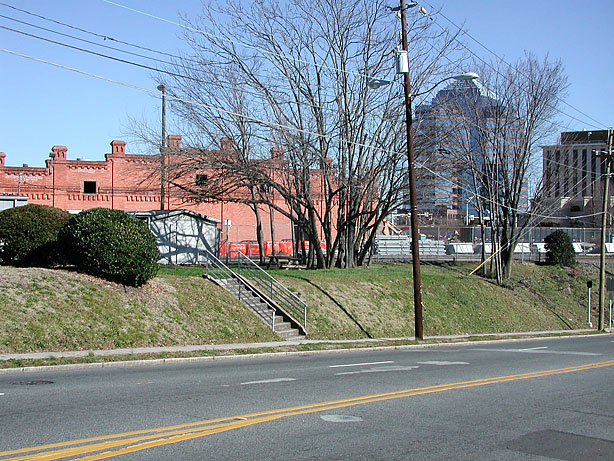 Former location of the Lashley Grocery, now the Amshack, 2006.