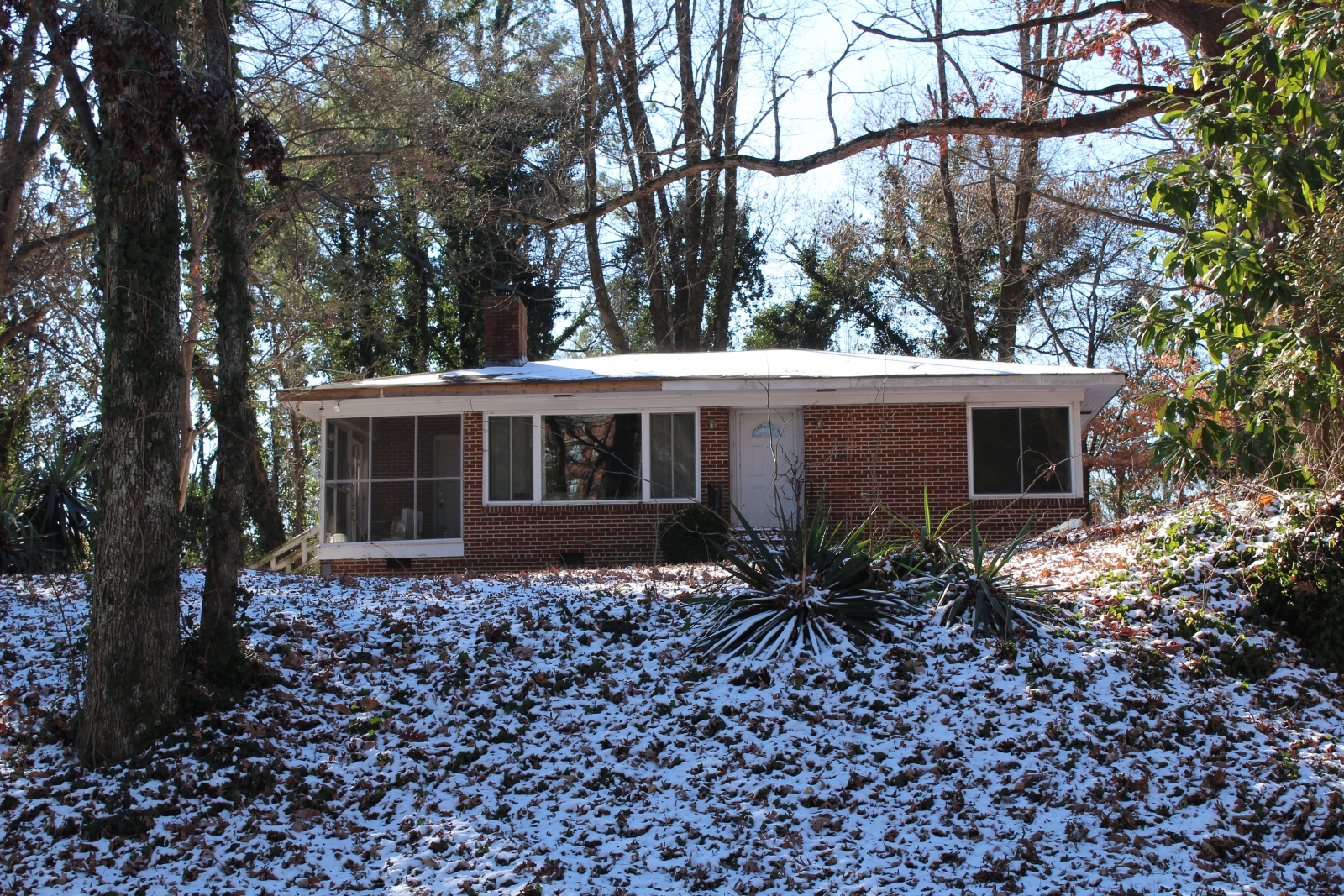 Located on a hill and set farther back from the street than other houses on the block, this one-story, hip-roofed Ranch house is four bays wide and double-pile. It has a brick veneer, interior brick chimney, and replacement vinyl slider windows throughout, including windows that wrap around the right (northwest) end of the façade. A replacement front door, located near the center of the façade is sheltered by the deep roof overhangs and accessed by an uncovered brick stoop with metal railing. To the left (southeast) of the entrance is a picture window flanked by narrow, paired slider windows. An inset porch at the left end of the façade is supported by square posts, enclosed with screens, is accessed by a brick stair on the left elevation, and shelters a six-panel door. The earliest known occupants are T. Earl Lambeth, special agent with NC Mutual Life Insurance Company, and his wife, Edna A. Lambeth, a librarian at North Carolina College (later North Carolina Central University), in 1960.

On June 25, 1945, Johnnie Bass Wilson and her husband, Virgil J. Wilson, sold the lot to T. Earl Lambert and wife, Edna A. Lambeth.  On October 12, 1945, Mary C. Gray, S.J. Hallman and wife, Bessie L. Hallman signed a release deed to North Carolina Mutual Life Insurance Company.  According to deed records, it appears that the title to the property was not clear.  On April 29, 1954, Theodore F. Page and wife, Ethel P. Page transferred ownership to the Lambeths.  After that time, construction began on the house and the Lambeths moved into it in late 1959.

On August 1, 2002, the house was bought by Tevin P. Boggan, lawful heir of Edna Lambeth.  He lived in the house for a few years with the house remaining vacant for several years.  Tax records show that Tevin Pernell Boggan and his wife, Farrah Boggan sold the house to Lauren B. Glover on October 11, 2019.  The house is vacant and some renovations are being made as of September 2020.