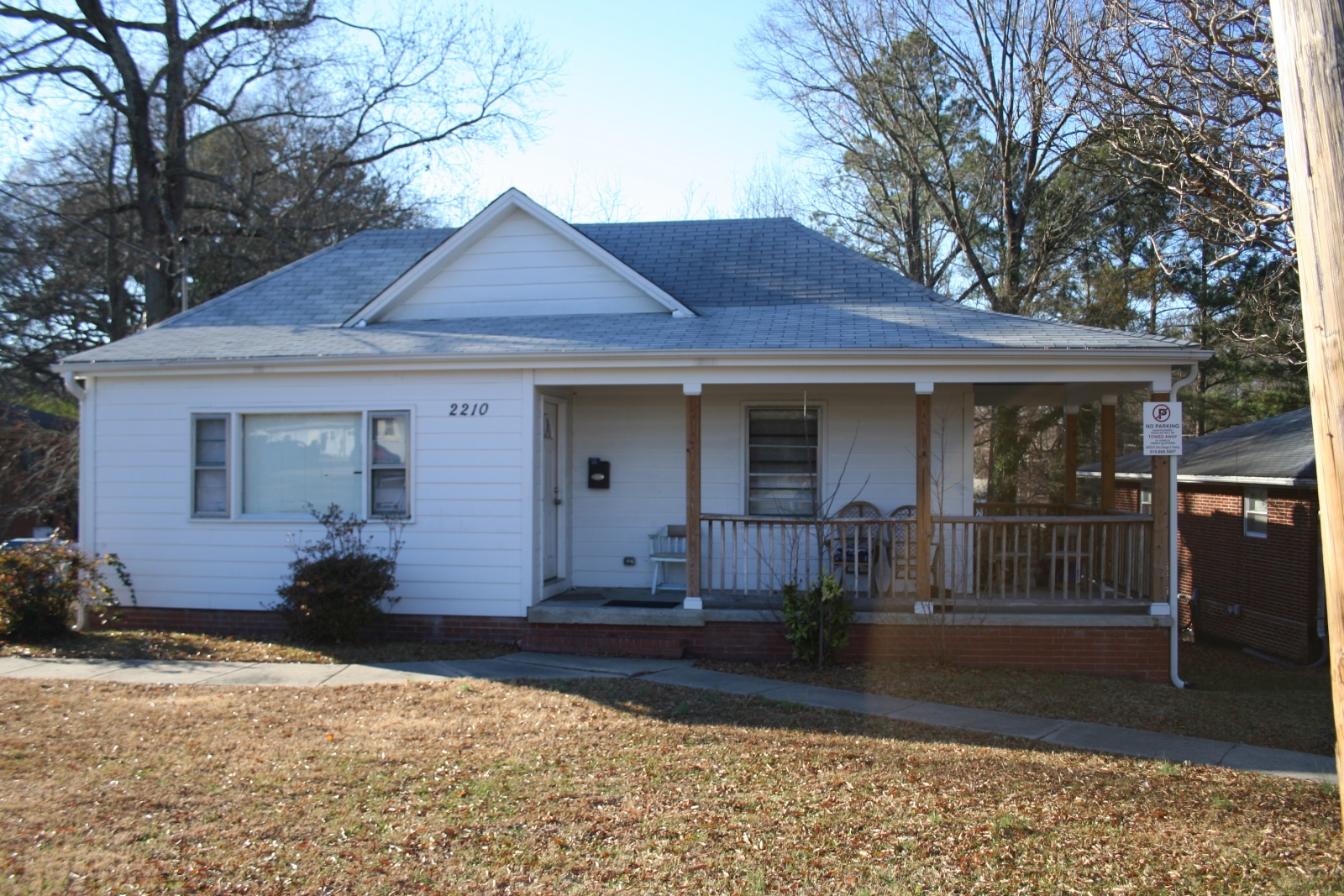 Typical of early-twentieth-century housing, this one-story, hip-roofed house was updated in the 1950s. The house is two bays wide and single-pile with a near-full-width, hip-roofed rear wing that is two bays deep. The house has aluminum siding, two-over-two horizontal-pane wood-sash windows, and a gable centered on the façade. The left (south) end of the original hip-roofed porch has been enclosed with aluminum siding and a picture window flanked by two-over-two windows on its façade. The entrance to the house, a replacement door, is located on the right (north) side of this wing and is sheltered by the open hip-roofed porch that wraps around the right elevation of the house supported by replacement unpainted square posts with a replacement railing between the posts. Mattie T. Bass, a dressmaker, is listed on Fayetteville as early as 1925.

Dovie B. Grady sold a portion of land to the Redevelopment Commission  of the City of Durham to add a sidewalk as part of the North Carolina College Project of the Redevelopment Commission on July 11, 1966.  G.W. Edwards sold his interest to Dovie B. Grady (widow), the property conveyed to Mattie Bass on December 24, 1900, died survied by two daughters, Dovie Bass Grady and Lillian Bass Edwards, who died in 1965 and G.W. Edwards as her widower, in November 1966.

The Bass, Edwards, Knox and Grady families were relatives.