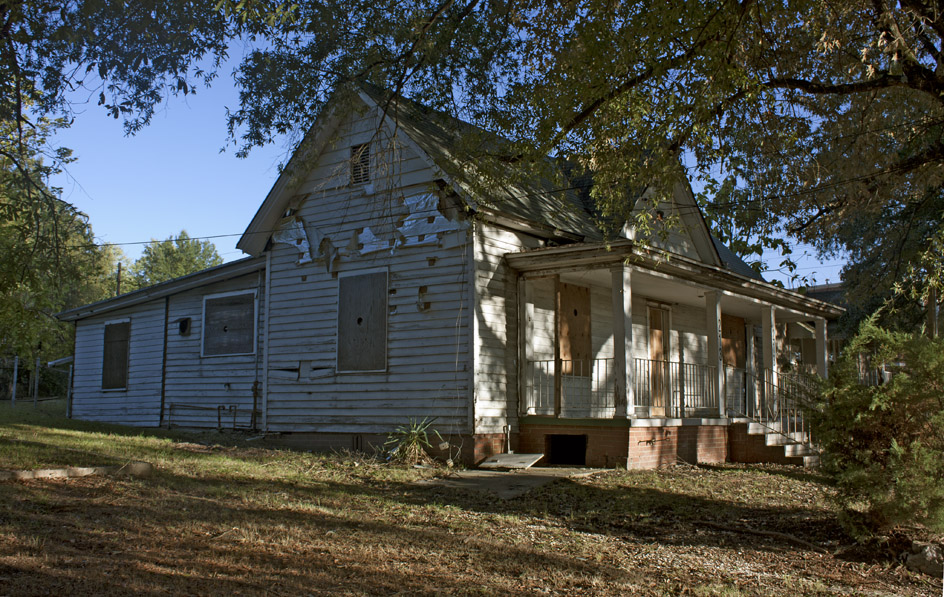 Likely built in the first decade of the 20th century, 213 South Driver was likely remodeled in the 1930s or 1940s, giving the porch and the interior a more mid-century feel.

Back in 2005-6, before foreclosure was a household word, I ID'ed this as a potential property to help the revitalization of this corridor while working with Preservation Durham. I spent months navigating the intricacies of the REO world on this and two other properties that I hoped to get donated to Preservation Durham. Two banks just weren't willing to try to make something work, but I found the folks at Bank of America, which owned 213 S. Driver, to be sympathetic to what we hoped to accomplish in the neighborhood. It was a long process, but ultimately successful, as the house was donated to Preservation Durham in May of 2006. A big thanks to Bank of America - particularly David Tiberio, then-Vice President and Manager of the Real Estate Office in New York for going outside the box to make that happen. 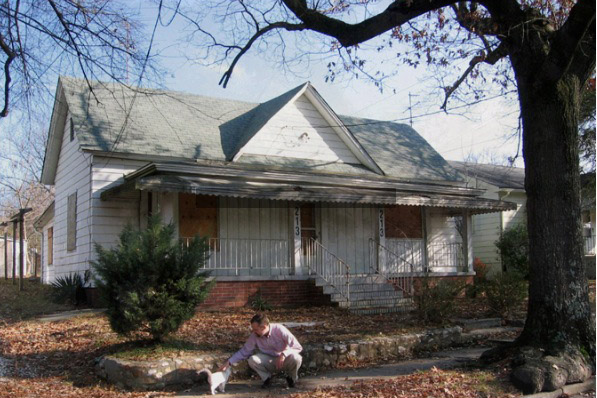 213 South Driver at the time of donation, 2006. (With me petting a neighborhood cat that came up to say hello during our picture-taking for the Preservation Durham newsletter.)

Unfortunately, Preservation Durham was unable to sell the property or do much with it after that - I stopped being involved in the organization in mid-2006, so I can't speak to the difficulties, although I'm sure money was an issue. But it has been a shame - and I particularly felt embarrassed regarding the revitalization picture I painted to BoA that it has stayed in a dilapidated state this long.

Fortunately, Preservation Durham and Preservation North Carolina have started to renovate the house over the past few months; I believe, based on a conversation John Compton and I had about Scientific Properties' use of CDBG funds from the city to renovate 1102 Wall Street that they've made similar use of the funds. Kudos to them for finding a way to get this house moving forward and a part of the revitalization of East Durham. 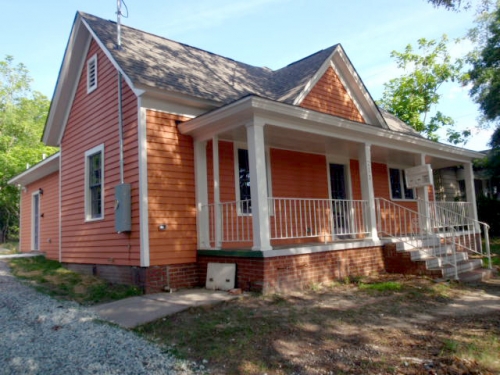 Thanks, Gary, for spotlighting this property. I am happy to report that after several years of groundwork that included building relationships with community stakeholders and securing financial resources through a combination of donations, public grant funding and borrowed capital, 213 S Driver St is now just a few short weeks from being ready for new owners to call home. This is our first rehabilitation as part of Preservation NC's and Preservation Durham's Project RED (Revitalize East Durham) effort. What was once considered a boarded-up eyesore, will soon be the definition of curb appeal!

Though we experienced a few structural surprises along the way, the major repairs and rear addition are almost complete and awaiting paint. We are also ready to begin installing interior fixtures and finishes (donations to help us purchase these items are greatly appreciated!).

Folks can read more about Project RED and how you can help on our website at http://www.PreservationNC.org/EDurham.

Despite some bumps in the road along the way, we feel that this is shaping up to be a very successful project, both in terms of executing a quality historic renovation and in terms of forging new relationships—with contractors, community stakeholders, lenders and city officials. We will take what we have learned from this go around and will be ready for the next project that we hope to begin shortly.