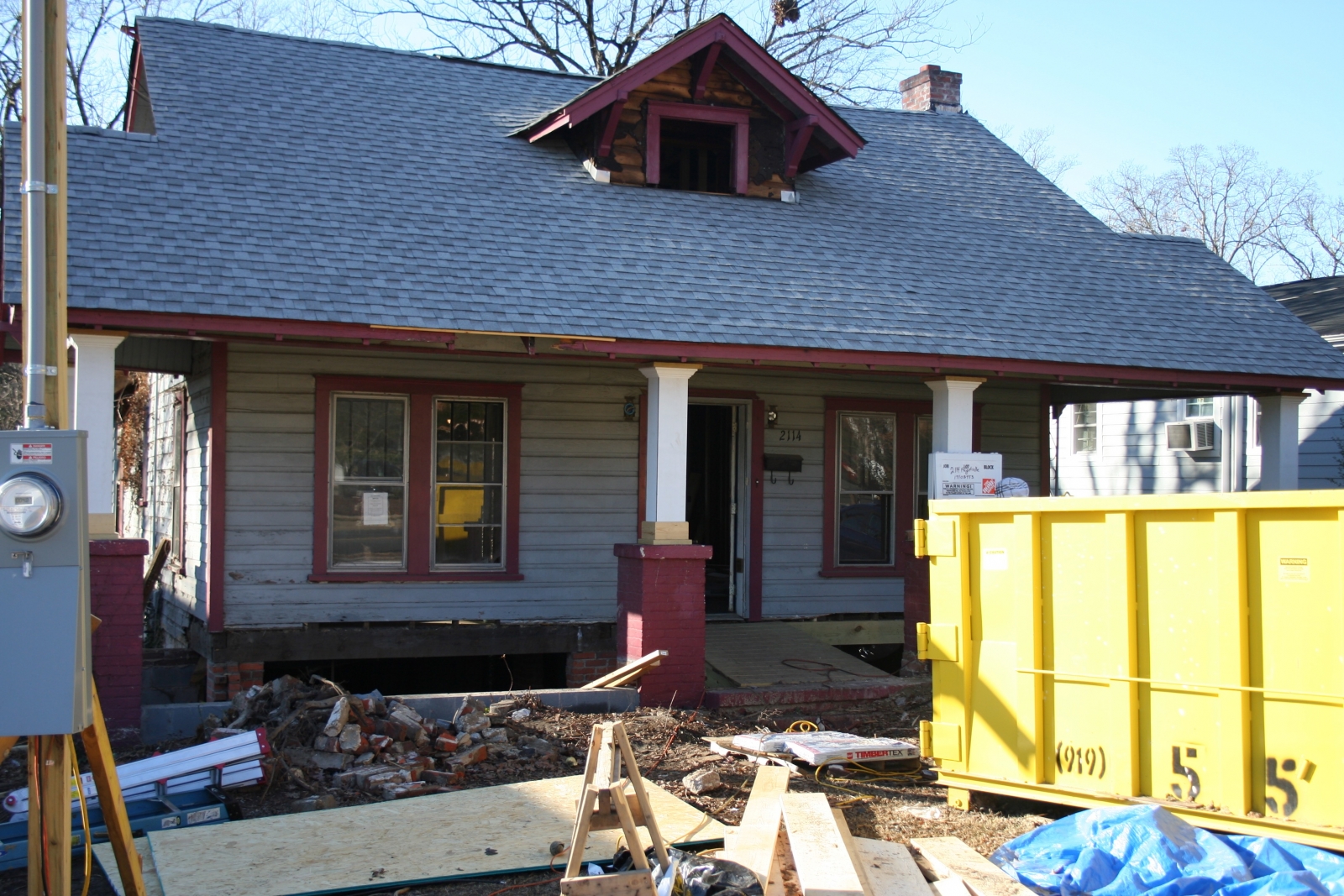 Among the oldest houses on this part of Fayetteville Street, this one-and-a-half-story, side-gabled, Craftsman-style bungalow is currently being renovated. It is three bays wide and triple-pile with a full-width gabled rear wing. The house has German-profile weatherboards, four-over-one Craftsman-style wood-sash windows, paired on the façade, and exposed rafter tails and knee brackets in the gables. The entrance, centered on the façade, is sheltered by an engaged, shed-roofed porch supported by tapered wood posts on brick piers. The porch extends beyond the right (north) and left (south) elevations as a side-gabled porch. A small gabled dormer, centered on the façade, has a single window opening, though no window is in place. There is an exterior brick chimney in the right gable and a single window in the left gable. The earliest known occupants are Walter Prince, a janitor at North Carolina College (later North Carolina Central University), and his wife, Hattie Prince, in 1930.

According to deed records, A.W. Grady and his wife Lena P. Grady sold this lot to Walter J. Prince.on January 8, 1919.  Reviewing deed documents, it seems that it was years before the house was built.  The 1930 City Directory is the first time Walter Prince's name appears.  Walter Prince retired from North Carolina College (now North Carolina Central University) after 31 years.  He was married to Hattie Markham Prince who died in 1938.  Legal documents indicate that their were not any child born to this union.  Mrs. Prince had several relatives with most of them living short lifespans, except for one, according to records filed by Mr. Prince.  It does not appear that Mr. Prince had any surviving relatives.    On June 15, 1964, Hosea Markham and his wife, Luceal E. Markham sold the house to the state of North Carolina.

On August 16, 2017, SunTrust Bank sold the house to Maze Hill LLC.  At this point, the house had deteriorated significantly.  Major renovations began in early 2017 and completed to its original state in 2018.   The house was on the market for sale for many months without a buyer.  It was rented in 2019 and has remained rental property.