2106
Concord Street
Durham
NC
Year built
1937
Architectural style
Bungalow
Construction type
Frame / Masonry
National Register
College Heights
Neighborhood
College Heights
Use
Residence
Building Type
Residential
Can you help?
You don't need to know everything, but do you know the architect?
Log in or register and you can edit this. 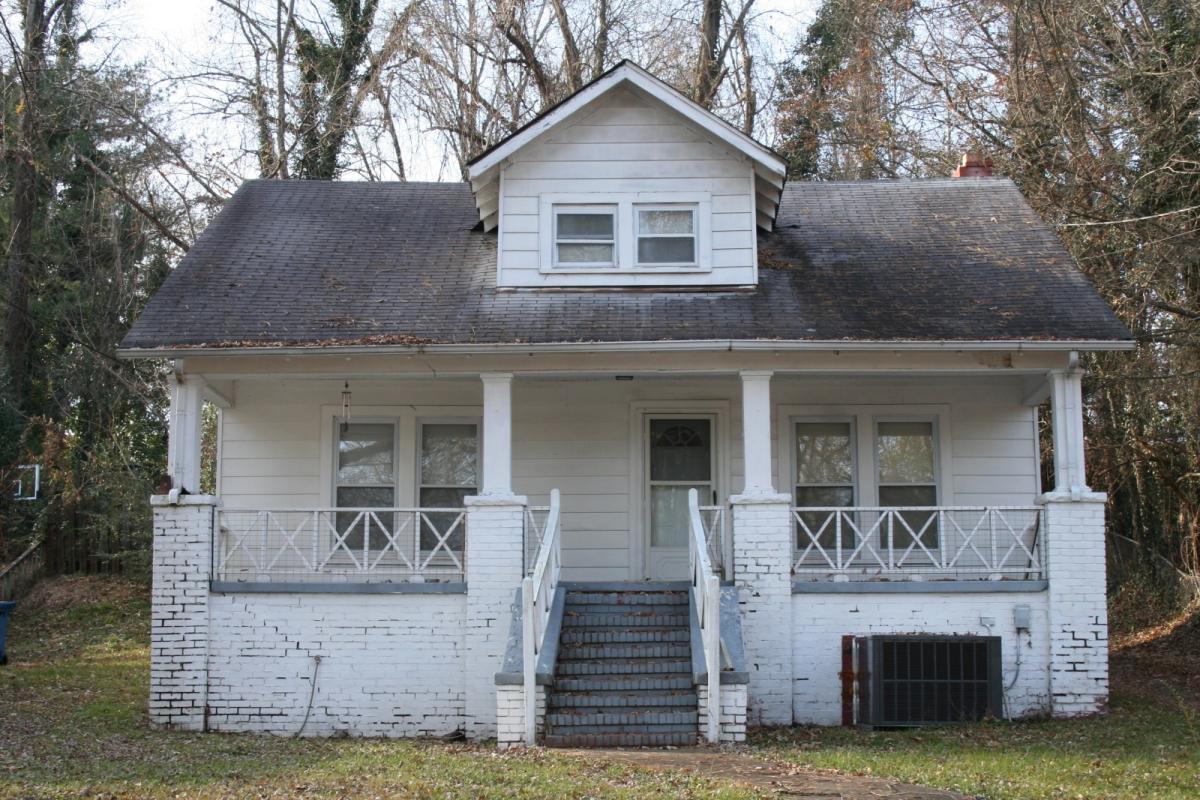 The following information was included in the 2018 National Register Historic District Application for College Heights.

2106 Concord Street – S. Arthur and Hattie Bass House – c. 1937
Contributing Building
This one-and-a-half-story, side-gabled, bungalow is three bays wide and triple-pile with aluminum siding, vinyl windows, exposed rafter tails, and an exterior brick chimney on the right (north) elevation. The replacement front door is sheltered by a full-width, engaged shed-roofed porch supported by tapered wood posts on brick piers with a replacement railing. A front-gabled dormer, centered on the façade has two windows. There are paired windows in the left (south) gable and paired window to the right of the chimney in the right gable. A shed-roofed, vinyl- sided wing extends nearly the full width of the rear (west) elevation. County tax records date the house to 1937 and the earliest known occupants are S. Arthur Bass, a tobacco worker, and his wife, Hattie Bass, in 1938.

Silas Arthur Bass and Hattie Page had been married since 1911.  Records suggest he worked as a machine operator for the American Tobacco Company for multiple decades.  The couple had five children, most of whom were adults by the time they relocated here from their previous home on Gattis Alley/Bloom Place (a short spur on the east side of Fayetteville just south of Glenn).  Hattie's father, John Page, appears to have been the original owner of the land near the intersection of Concord and Pekoe that became the site for this house.  An adjacent parcel to the south created in the same 1937 subdivision would become home to Arthur and Hattie's oldest son, Brantley Bass and his wife, Lizzie - 2108 Concord Street.  These were the earliest two structures on this block of Concord Street.

In retirement, S. Arthur Bass remained in the home for at least fifteen years after Hattie passed away in 1949.  "Pop" Bass, as he was called by everyone, shared his house, for a time,  with his granddaughter, Hattie May Allen Dark, her husband, JB and three children.  When they moved into their own home, another granddaughter, Marian Allen Harris, her husband, Jesse and six children moved in to live with him.  According to the 1960 City Directory, Jesse and Marian Harris moved into 2108 Concord Street next door.  "Pop" Bass transferred ownership of the property to two daughters in 1964 before his own death two years later.  They would retain possession of the house until the late 1990s.  In 1998, Johnnie Bass Johnson and Sarah Bass Hood, sold the property to a relative, Robert L. Harris and his wife Donna A. Harris.  They retained ownership until March 6, 2009 when they transferred the property their daughter, Michelle Y. Harris-Ingram, the current owner and and occupant.

All owners and occupants of this house are descendants of John Page, the original owner of this piece of property.