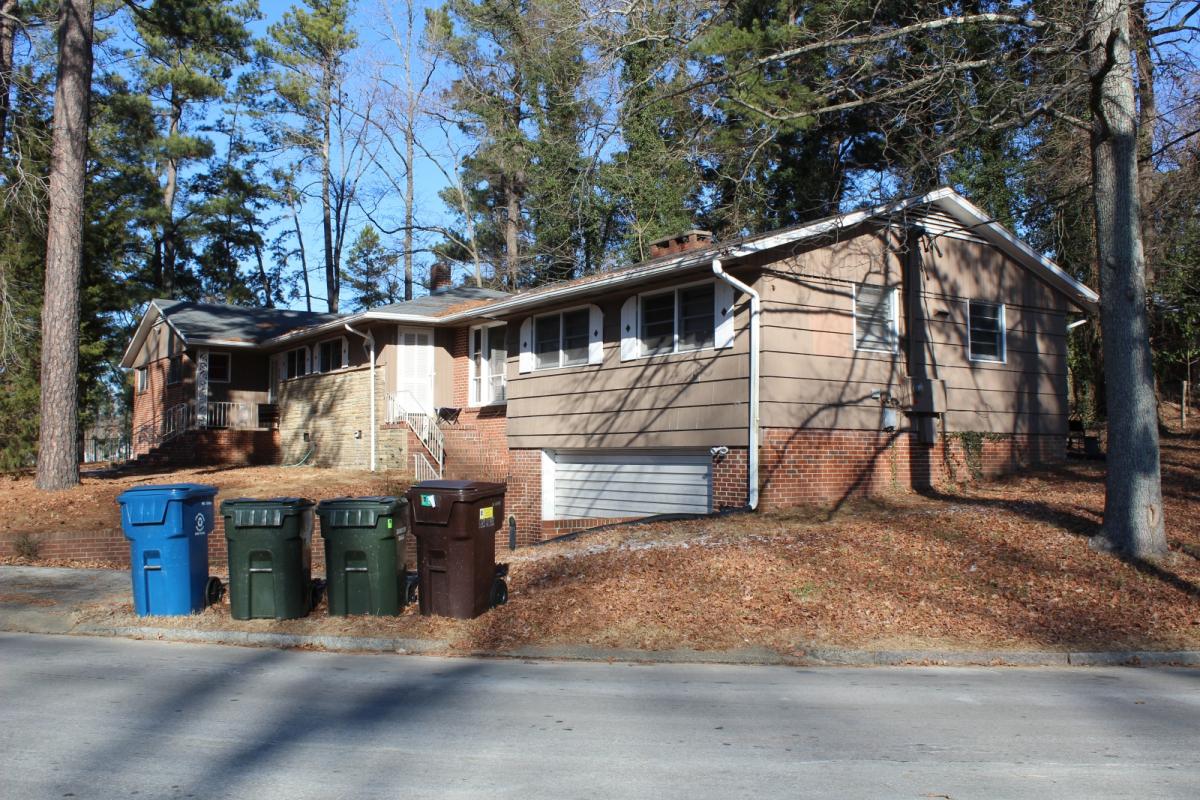 The elongated form of this Ranch house is well suited to the large lots on the west end of the district. The house is six bays wide with a projecting, front-gabled wing on the left (north) end of the façade and a side-gabled garage wing on the right (south) end. The house features a brick veneer with vertical plywood sheathing in the gables, two interior brick chimneys, and a stone veneer on the lower two-thirds of the center section of the façade with vertical wood sheathing above. It has one-over-one wood-sash windows, paired on the façade, with a diamond-shaped window at the far right end of the façade. The entrance is located on the left end of the façade, adjacent to the front-gabled wing. It is obscured by a louvered storm door, has a leaded-glass sidelight, and is sheltered by an inset porch on the right end of the front-gabled wing that is supported by decorative metal posts. A side-gabled garage wing on the right elevation features an inset bay on its left end with a brick veneer and a three-light picture window flanked by three-light casement windows. To its right, the frame wing has wood shingles, paired windows on the façade and right (south) elevation, and a basement-level overhead garage door. County tax records date the house to 1957 and the earliest known occupants are Reverend J. Neal Hughley, a minister at North Carolina College (later North Carolina Central University), and his wife, Sadie S. Hughley, a librarian at North Carolina College, in 1960.  They were the parents of one son.

From 2002 until now, this house has been a communal residential house for men.