1919
Cecil Street
Durham
NC
Year built
1948
Year(s) modified
2017
Architectural style
Period Cottage
Construction type
Brick Veneer
National Register
College Heights
Neighborhood
College Heights
Use
Residence
Building Type
Residential
Can you help?
You don't need to know everything, but do you know the architect?
Log in or register and you can edit this. 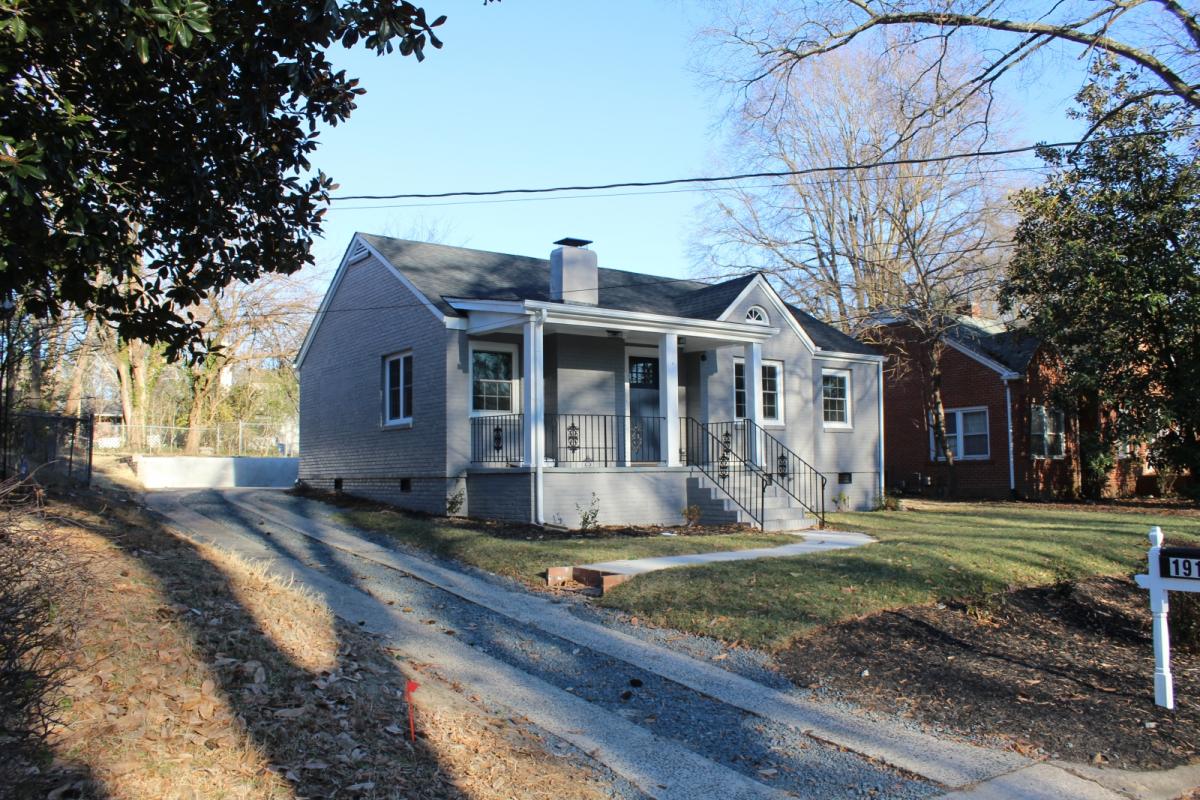 Recently renovated, this one-story, side-gabled Period Cottage is four bays wide and double-pile with a painted brick veneer with projecting header-course brick watertable and vinyl windows. A front-gabled bay on the facade has paired windows and an original four-light fanlight in the gable. To its left is a replacement door, exterior brick chimney, and single window, all sheltered by a two-bay-wide, shed-roofed porch on square columns. To its right is a single window. A single window each on the right (southeast) and left (northwest) elevations have been infilled with brick. County tax records date the house to 1948 and the earliest known occupants are Beecher Coward, a public school teacher and later a principal, and his wife, Narviar Coward, a librarian, in 1950.  They were the parents to three children.

On August 23, 1947, according to County Deed Records, Reverend J.J. Rives and his wife, Loretta J. Rives, sold the lot to Narviar Walker Coward.  The 1950 City Directory shows Beecher Coward  and Narviar Coward as owner and occupants of the house.  The Cowards and their children lived in the house until the late 1960s, when they built a new and larger home on South Roxboro Street.

On January 22, 2018, Lorenzo Homes LLC sold the house to Michael Joseph Fox, who bought it as an investment rental property.

Below is a picture from the Durham County Property Records of the house prior to the completion of renovations taken in 2017.