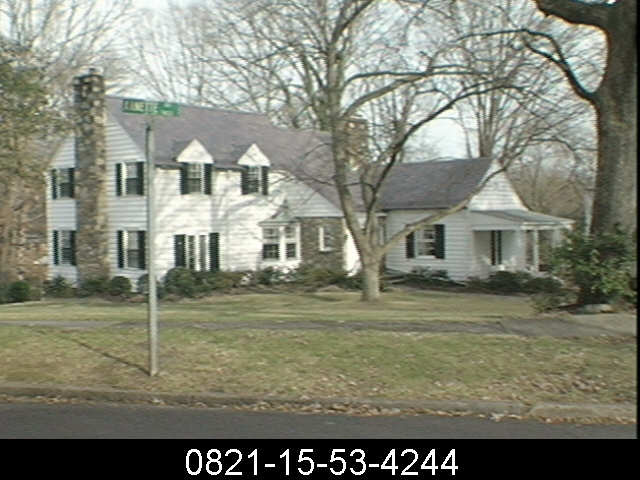 William Branson House. Picturesque 2-story Colonial Revival-style house. The main 2-story block has a side-gable slate roof, exterior end stone chimney, and an entrance set in a shed stone bay, with an ornate pilastered surround. In the angle between the façade and entrance shed is a bay window with a concave roof. At left is a French door. The 1 1⁄2- story right wing has a large interior stone chimney, a front porch with paired posts, and a side porch with square posts and a cove ceiling. Throughout the house are 6-over-6 sash windows, with some wall dormers. Architect George Watts Carr Sr. and contractor George W. Kane designed and built this house for attorney William Branson.