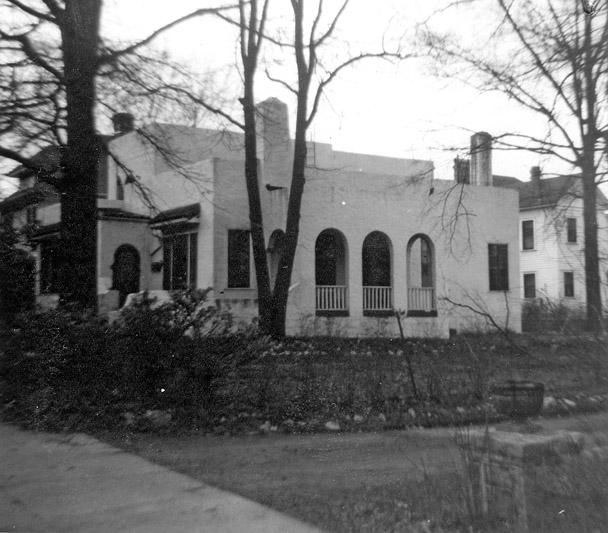 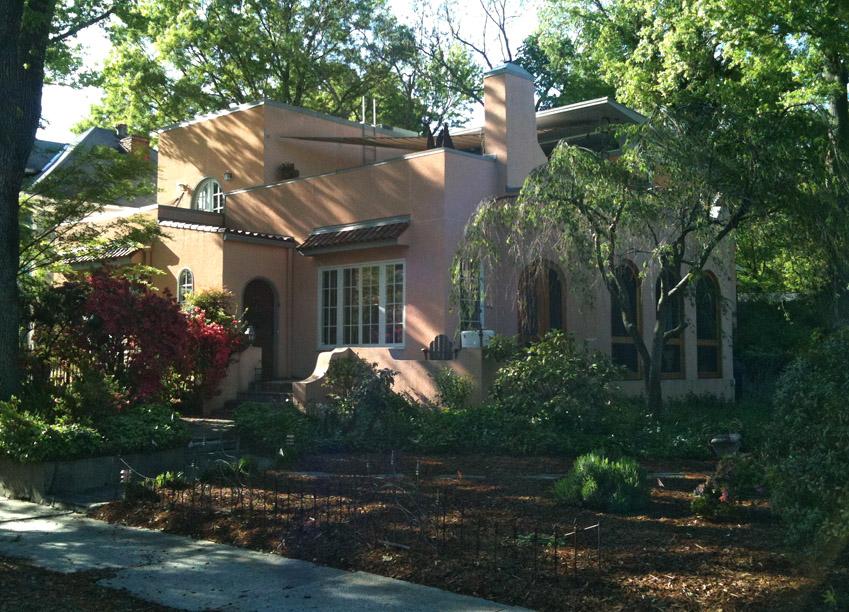 from the HPSD award presentation of 2006:

The Spanish Mission style house at 1204 Markham Avenue was built in the 1920s for Walter Whitted, the assistant treasurer for Duke University. The contractor, Tyson Crisp, built a few houses of this style in Durham. He reportedly gained an appreciation of the style during visits to Florida. The terra cotta roof tiles, arches, parapets and other forms of the Spanish Mission style that are common in arid climates and in semi-tropical climates are unusual here. What makes this building fit into the neighborhood is the integration of the building with the site – both with the larger scale features such as screened porches and terrace walls that step down gradually to the ground, and with the smaller features such as the landscaping, paths, and exterior light fixtures. For all these reasons, this property was designated a Durham Historic Landmark in 1994. The present owners purchased the house with the notion of undertaking minor renovations and creating a vertical addition to house a master bedroom suite, and ended up doing a major renovation due to water and termite damage.