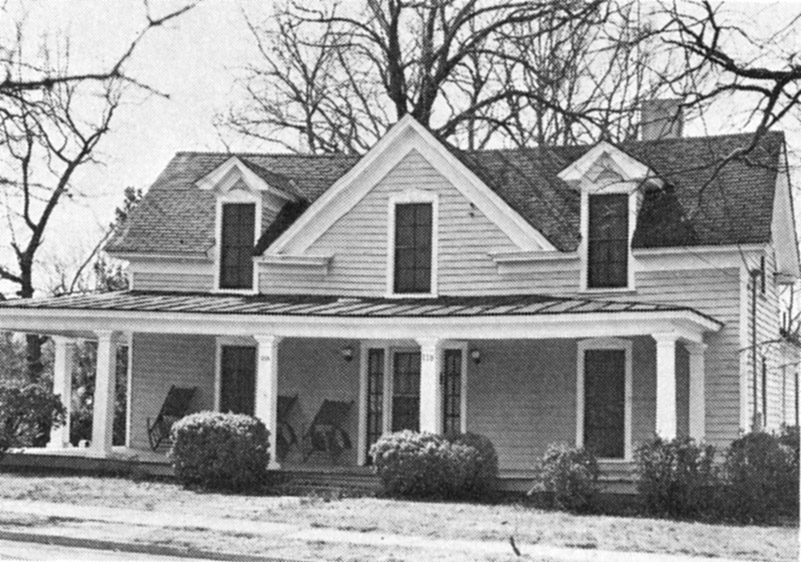 The house at 118 South Driver was built by John W Evans, who was the first superintendent of the Durham County Home around 1900. The house originally sat on land comprising about half of the current block bounded by Hart Street, Driver St., East Main Street, and Robertson Street. Evans only lived in the house a short time, however, dying in 1902. His land was split up among his heirs. 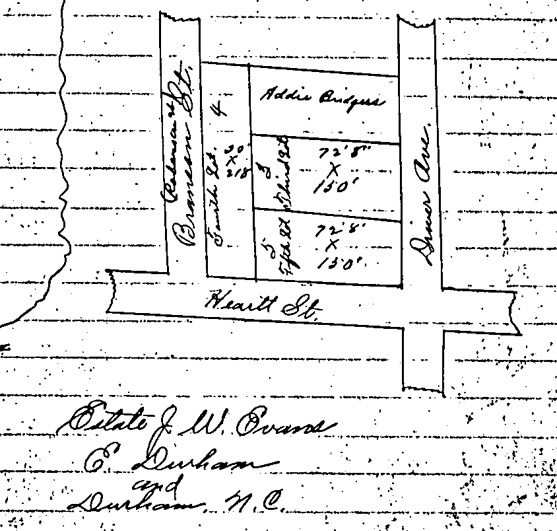 The house passed to Evans daughter Amy and her husband, Arthur E. Burcham. Burcham was a superintendent at the Durham Hosiery Mills and served on the city council in the early 1940s.

The house is unusual in style, 1 1/2 stories with full roofline dormers, as well as a wraparound porch and a large centrally positioned rear wing.

This house became pivotal in the future of this neighborhood by the 1990s.

Normally, I'm a huge proponent of boosting owner-occupancy in a neighborhood - my experience with 118 South Driver is the only significant caveat to this. I'll start with the take-home message. If you have a drug dealer in your neighborhood, you'd much prefer them to be a renter rather than an owner.

I've described previously how the East Durham neighborhood retained some stability into the 1980s - longer than most of the inner neighborhoods in the ring around downtown - but began to plummet badly in the 1990s as the cohort of long-time residents began to pass away.

118 Driver is emblematic of East Durham's trajectory. Well-maintained through the 1980s, the property was sold by a widow in 1991 to a family who would collectively wreak havoc in the vicinity of the house over the next ~15 years. The story is somewhat classic; older couple moves in, patriarch dies, children and grandchildren move in / stay with grandma, and form a little family drug cartel. Members of the family would be arrested / charged (including grandma) with cocaine possession, and the business might slow for a little bit, but it would never stop.

When I first encountered the house around 2004, I had been working hard as chair of Preservation Durham's endangered properties committee to acquire options on threatened houses in order to try to get historic covenants placed on houses at time of sale. John Compton, Carrie Mowry, and I, in particular, had focused strongly on the two blocks of Driver Street between Angier and Main. I felt then, and still feel today, that the uppercase "I" formed by these two blocks, and the two blocks of East Main and Angier to the east and west of Driver form the backbone upon which a revitalization of East Durham would be built.

This house - or, more specifically, the trade being plyed from the house, - clearly stood in the way of that revitalization. There are a few wonderfully hardy folk who are brave enough to renovate a house within a block of a drug dealer, but hardly a deep demographic.

A combination of the three of us began courting grandma. NIS was putting pressure on the family because of code violations. Ken Gasch and Bill Anderson got the police involved enough to raid the house and make some arrests.

All of which set up the surreal experience of Rick Hester of NIS, Carrie Mowry, and I sitting around the living room of this house with the option papers and grandma, grown children standing over us looking none-too-happy. She signed the papers, and within a few months had moved out to north Durham.

Preservation Durham marketed the house, but couldn't sell it. In the meantime, as I became more invested in East Durham and distressed about NIS tearing down house after house on Angier Avenue, our approaches to preservation became incompatible.

Credit to PD for stepping up to the plate to purchase the house rather than let the one year option expire. Although they've had cleanup days there, a lack of credit for the inability to figure out how to do more to improve the exterior over the past 4 years. They continue to market the house for sale, and I know they've come close to sealing the deal a few times. They own the adjacent vacant lot as well, which was owned by the family, (lots 3 and 5 of the JW Evans estate.) 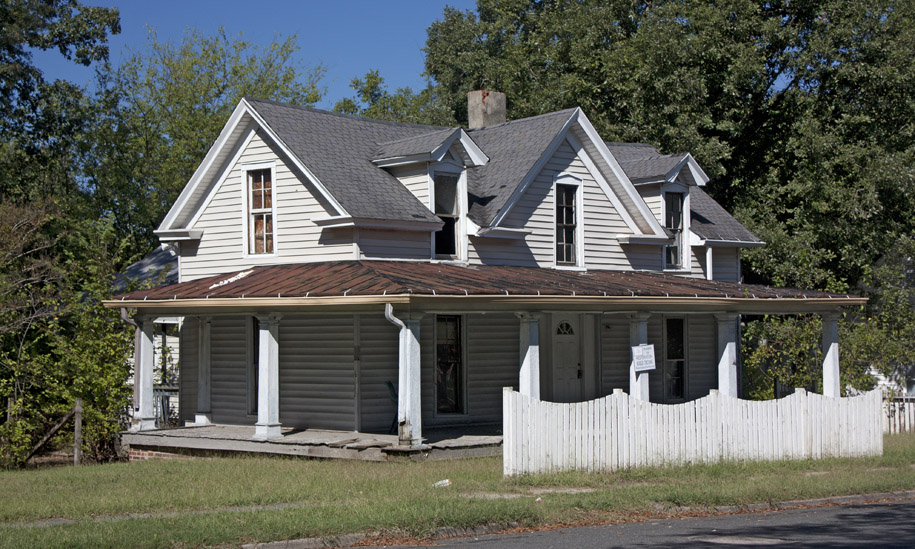 John Evans House. Architecturally significant example of the tri-gable house type, with 4-over-4 sash windows in the gables and flanking gabled front dormers. Windows have peaked lintels; the entrance has sidelights. The wraparound porch has replacement boxed posts. All-over vinyl siding. 1913 SM. John Evans, first supt. Of the Durham Co. Home, built this house. He owned most of the block, and gave portions of it to his children. His daughter married Arthur E. Burcham, a supt. of Durham Hosiery Mills and a city council member in the 1940s. 1930-1940 CDs: Arthur E. Burcham owner/occupant (knitter)). (Brown, Durham A & HI, 98)

As of 2014, the building is under renovation by Renovision partners. 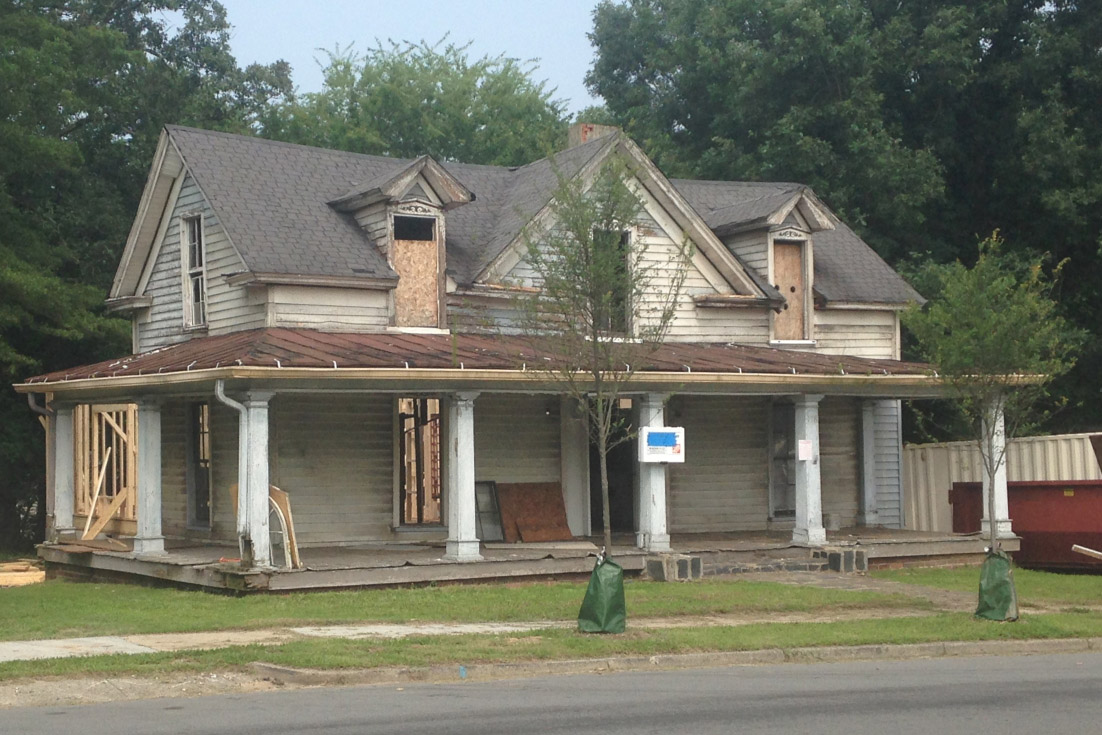 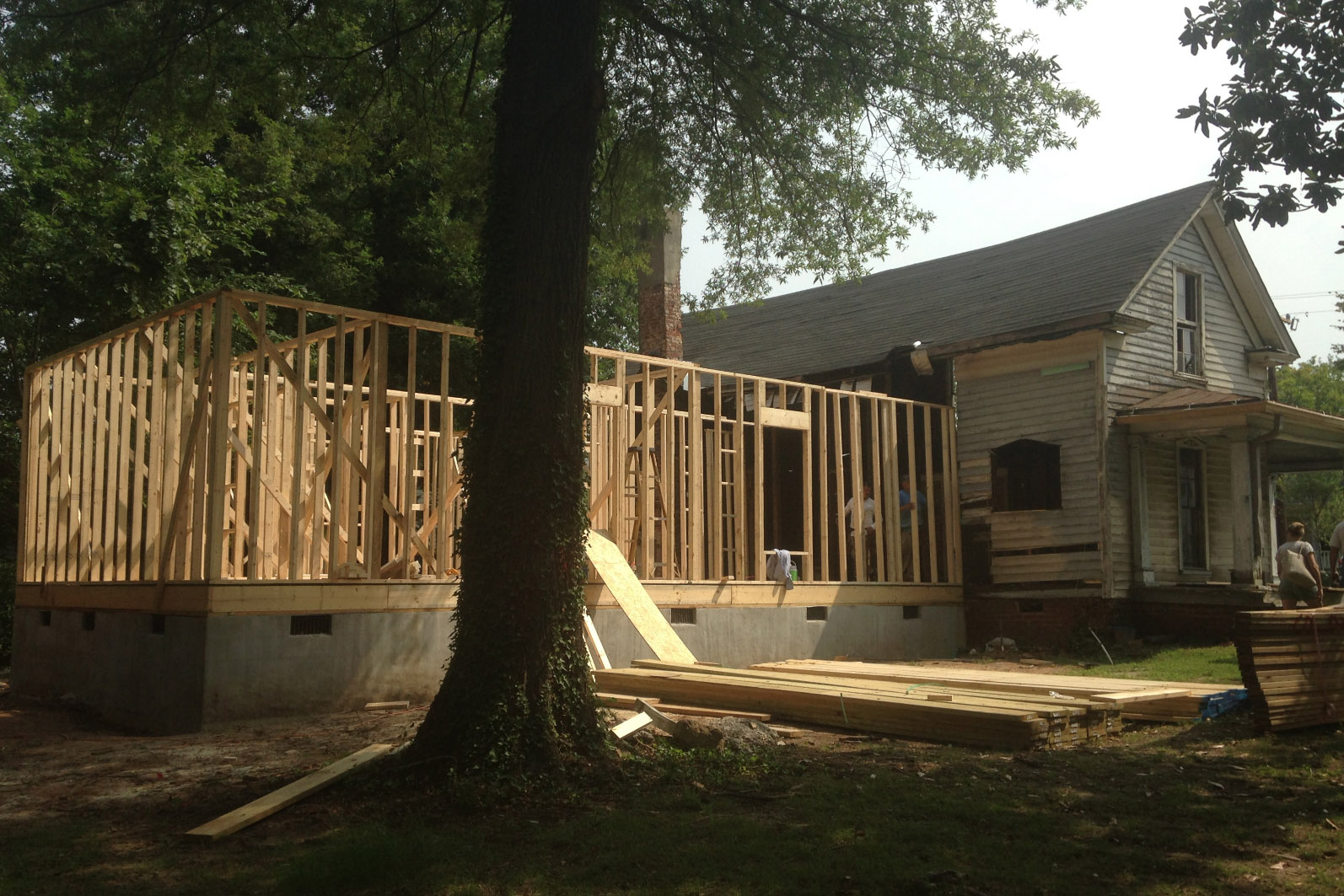 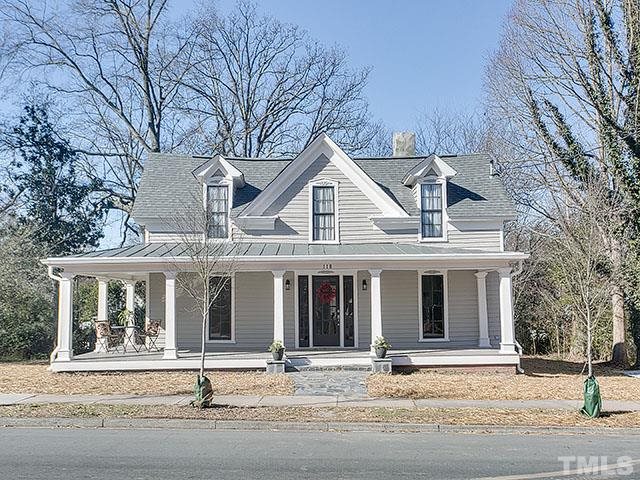 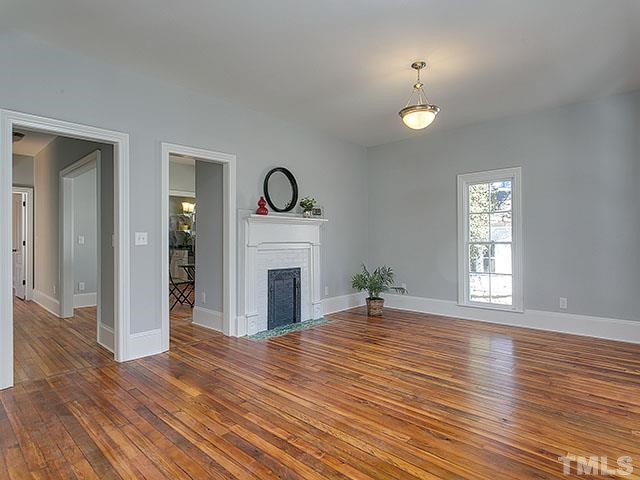 I've been inside this

I've been inside this house...The outside is awesome and the lot is huge...But the inside is total gut job...It can be an amazing house though with the original windows still intact...The house across the street from it that you mention is surprisingly really nice! A lot of cool features on that one and really surprises you...Then there's the Fuller House a couple houses down...A house my wife and I contemplated for a week taking a risk on a couple years back...Kathy from Pres NC was on us about it too...I heard the Fuller house was sold to a lady who is rehabbing it...Any info on that one Gary?

Ah yes, the homeowning drug dealer. We are dealing with that right now in our neighborhood.

Front doors with half-moon windows must be the cheapest doors you can buy at Home Depot. Along with vinyl siding and vinyl windows, bargain-basement "renovators" seem to love front doors with half moon windows. Look at the 1980 picture with the original full divided-light front door. Why does someone remove that door in order to put in the new one, unless the half-moon is the drug dealer's equivalent of a speakeasy peephole?

This is a really handsome house on the outside, but a bit disconcerting on the inside because the ceilings are so surprisingly low for a Southern house built at the beginning of the twentieth century. When one walks in, particularly with the windows boarded up, the first impression is almost claustrophobic.

I say that not to discourage someone from buying it, because I certainly hope someone will, and the sooner the better. But I also hope that Preservation Durham and the State Historic Preservation Office are lenient in allowing modifications that will address the problem of low ceilings.

You're right John, I hated

You're right John, I hated the low ceiling on the main living area...That's why I say a total gut job meaning someone will want to tear that ceiling apart and raise it...

and yes, those original front door sidelites look awesome...It appears they were painted over from the pics...I know PD had a plan to take off the vinyl siding at one point...Not sure if they ever did...But with all the restored windows with an original front door and sideites and a nice paint job would make that house one of the best looking houses in E Durham...at least from the outside