1107
Alabama Avenue
Durham
NC
Year built
1920-1925
Architectural style
Craftsman
Construction type
Frame
Local historic district
Watts-Hillandale
National Register
Watts-Hillandale
Neighborhood
Watts-Hillandale
Use
Residence
Building Type
Residential
Can you help?
You don't need to know everything, but do you know the architect?
Log in or register and you can edit this. 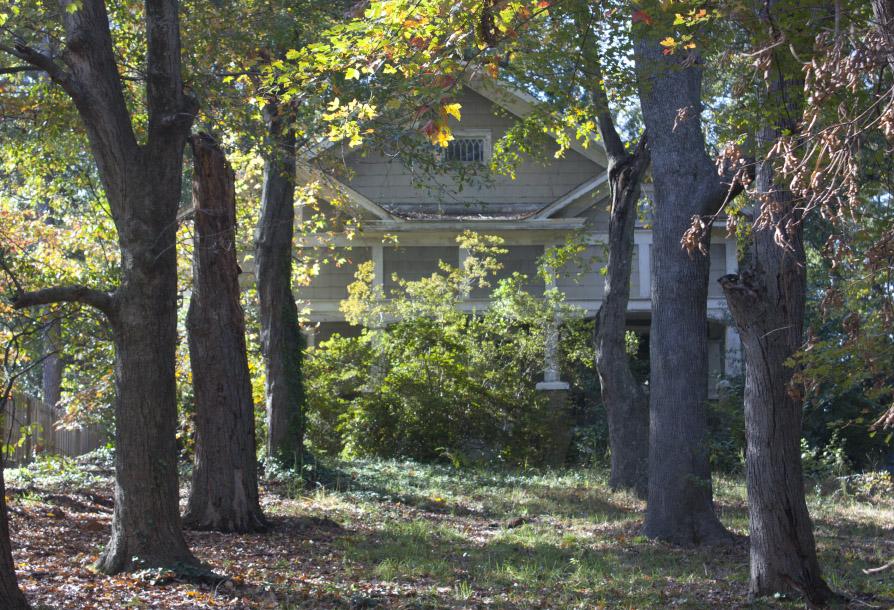 Set far back on a very large lot (for Watts Hillandale - 0.69 acres,) this house is nearly hidden from the street.

1925 City Directory: William R. Adkins, occupant. A later owner was D. McGregor Williams, assistant superintendent of the City Water Department, who lived here until his death in the late 1970s.

Is this house vacant? Does anyone know the status? I happened to ride by this week. It is very overgrown (even more than the photo) and is looking very unloved. It should be on the endangered Durham list, if it's not already.

In reply to Is this house vacant? Does by Michelle (not verified)

The house was my grandparents,my aunt passed and she left it to a guy who was supposed to care for it. His name is David. She thought he was going to take care of it.I wish if he would have kept his word because I would loved to have. It should be taken care of I have pics of this. House in the early years

I agree- Rebecca, we would love to learn more about the history of this home!  Do you still have pictures?

Rebecca - you should upload your pictures!

I would love to see early pictures of this house. The line of ten trees intrigues me. I often stop at this address on my bike rides and just stare and imagine