1012
West Markham Avenue
Durham
NC
Architectural style
Bungalow
Construction type
Frame
National Register
Trinity Park
Neighborhood
Trinity Park
Use
Residence
Building Type
Residential
Can you help?
You don't need to know everything, but do you know the year it was built?
Log in or register and you can edit this. 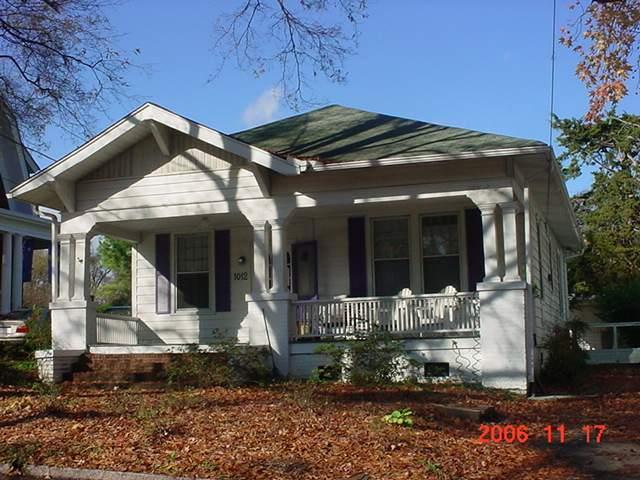 John W Markham originally owned the farm land that was subdivided for housing.  The Markham Place development was drawn and recorded in 1903.  1012 W Markham Avenue was Lot 17, Block D.

Bess remarried October 31, 1953, at age 56.  Her husband, Dr. William Henry Boone, was 83 years old and died three and a half months later.  The will that he wrote on their marriage date gave her a third of his estate, including real estate and investments.  (he owned the Morgan Motors building at 310 Foster Street, the apartment building at 306-308 Cleveland Street, the Cleaners building at 1003 W Chapel Hill Street and his home at 405 Cleveland Street.)  They married at 925 Demerius Street which was the home of Cabel B Jones, Bess’s brother-in-law, and one of the devisees of her will.

Side note: Dr. Boone’s daughter, Alberta, was married to Stanley C. Herrell and lived next door at 1010 W Markham at the time of her father’s marriage to Bess.

I am guessing that the home was extensively renovated in the 1950’s.  A third bedroom and a utility room were added to the back of the house.  Through the wall air conditioning units were installed in the bedrooms and dining room, and the house was completely clad in aluminum siding.  The kitchen cabinets appear to date from that period as do the fireplace and the front door.  A block-wall, flat-roofed carport was built in the back.

The 1956 city directory lists both Bess and Dallas, Jr., here.  She continued to teach school and he was in the US Navy.  Bess died in 1979.  Her death certificate documents that she died at Hillcrest Convalescent Center at age 82.  The informant, Dallas, Jr, is noted as being of 1012 W Markham Avenue.  Bess’s considerable estate was valued at approximately $500,000 and went primarily to her son and to the CCB and Trust.  She dictated that $50,000 be set up for her granddaughter, Diane E Pickard, to attend Salem College.

The current owners purchased the house in the spring of 2014 and removed the aluminum to restore the original siding. 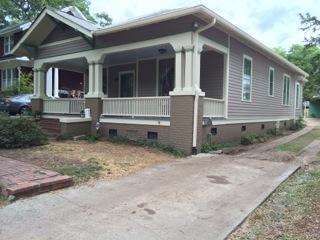 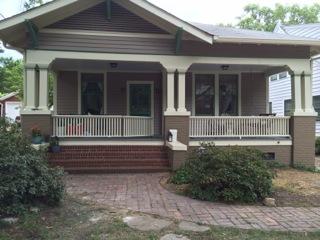 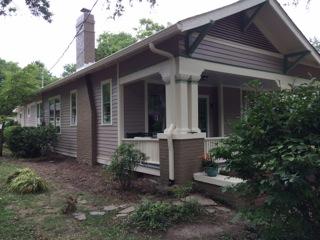