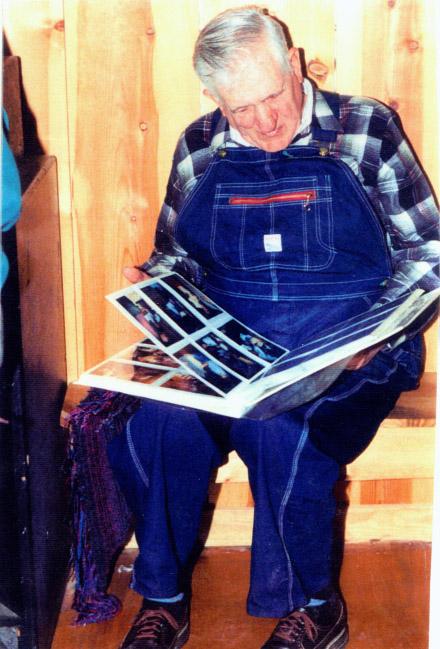 Used to be, most every Sunday afternoon when the weather was warm, a monstrous truck roared up our drive­way and an overall-clad guest climbed out. Peter and ­I stopped our chores and settled in for a visit, usually leaning right against that old truck. Pegram Terry almost always wore long-sleeved work shirts under his bibs, no matter how hot the weather. He never took the snacks we offered, declining with "Naw, thanks, I just had a banana sandwich."

When tasks were going well we were ready for a break and a visit. When they weren't, and we were about to violently dismantle some machine (tractor, tiller, chain saw), Mr. Terry's rumbling appearance was most welcome. He would usually find, somewhere in his truck or on his person, just the part we needed to get the machine purring again.

Once Mr. Terry rattled around in his Dodge 300 and pulled out just the right grease fitting for Peter's tractor. Another time we traced my tiller problems to a clogged fuel filter - a tiny porous membrane less than an inch square. Mr. Terry fished around in his pockets, unfolded something wallet-like, and extracted a piece of the filmy material that we could cut to size. I was churning the loamy garden soil in no time.

Peter found an old home movie in the archives of the Orange County Library. We watched it with Mr. Terry, and he spotted himself walking down the steps of the Hillsborough High School (now the library.) "That's me," he pointed. Even then he wore overalls.

Pegram Terry always knows what the weather is going to do, how much it rained yesterday and what is going on in the neighborhood. On occasions when he has accompanied us to a farm sale or to the State Fair, he is greeted often and warmly by folks we pass. He'll say something matter-of-factly like, "Last time I saw that fella was when I was in the service."

Mr. Terry loves to dance and is the featured caller at our semi-annual square dances. He is related to more than half the people in the room including the Doc Branch Band. l get to be his partner. He shouts instructions that at"e barely' intelligible to me, but when he says, "All the little girls ... " we move in complicated patterns and I somehow end up close to the right spot.

Mr. Terry has rescued me when I ran out of gas, helped me find my lost sheep and stayed close when I searched for the person who shot my dog. He found another neighborhood lost child and brought him safely home. He's one of those people you naturally turn to when you need help or guidance. These days he drives a smaller truck and stays close to home and to his wife, Abby­ who hasn't been feeling well.

Lately I've been peppering him with questions about living out here prior to December 1939, when electricity came. l sat with him one rainy afternoon and tried to think of all the questions to ask - about food and water and heating and cooling and even about outhouses.

Heat was from wood, of course. He slept in a room above the stove, plenty warm in the winter but hot as the dickens in summer. Water was drawn from a well in buckets raised with a long chain. He laughed, telling how he hadn't believed his school friends one winter and had to touch his tongue to the icy chain to see if it would stick. It did.

Food was mostly home-grown. You bought sugar and spices, including salt, but meat was grown, killed and cured on the farm. Vegetables were canned on the wood-fired stove (in summer, realize), wheat and corn carried to the mill for grinding.

Every, family had an outhouse, and there was a jar or bucket for indoor use. Once a guest, late at night, mistook Mr. Terry's' brother's boot for the slop-jar, and all these years later Mr. Terry still laughs hard.

We trudged through the gentle rain and prickly briars to see the spring Mr. Terry used for water in the milking-house of his dairy. We have a spring, too, and I want to make it usable again. Mr. Terry has promised to take me to see an honest-to-goodness springhouse where root crops (and people) can be kept cool on our blistering summer days.

There are folks I know in cities and even smaller towns who can't tell you the names of their next-door neighbors. It is understandable, perhaps, in these times when you can't be too careful, that keeping to yourself seems safest.

But it is a shame. Your neighbor might be a city or town version of Mr. Terry - wise and knowledgeable and happy to help, with a knack for being in. the right place at the right time. Our older neighbors have knowledge of the past that might be vital for our future. They might need our help, too. I've read in the paper that neighborhood meetings are being called all over the county to make plans for the unknowns we face with the coming millennium. I think we all should go. What a great way to meet our neighbors. 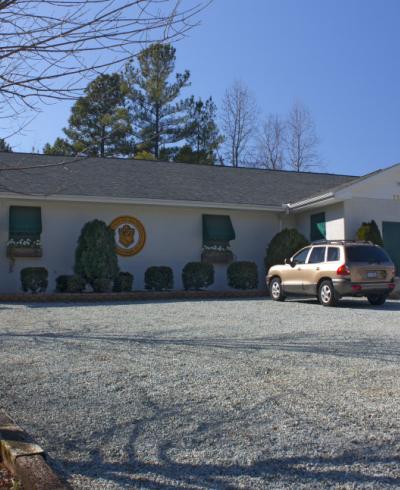