Born and raised in Virginia, Harris moved to Durham in the early 1920s as an employee of Banker's Fire Insurance, where he climbed the ranks to company secretary by 1939.  He also served for a time as the head of the Durham chapter of the NAACP, and on boards at Lincoln Hospital, NC Mutual, and Mechanics & Farmers Bank. 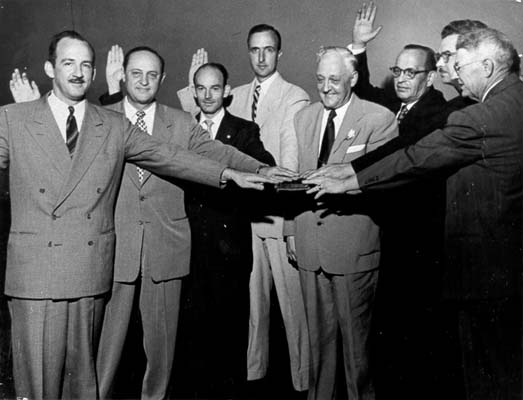 In fact, the Third Ward seat that Harris won was treated as a kind of concession to the Durham black community's desire for a voice in public affairs.  Harris had first to prevail in a heated campaign within that community, particularly for the endorsement of the Durham Committee on Negro Affairs.

In office, Harris faced an uphill climb in the effort to desegregate Durham schools, as the first efforts during his time on the City School Board took more than a decade to lead to full-scale integration.  Public discrimination, housing disparities, and other forms of systemic inequality were major issues Harris tried to shed light on in a municipal government still overwhelmingly run by and for whites.  His efforts were honored just years after his death in 1968 when R. N. Harris Elementary School opened bearing his name.

Harris was a long-time resident of the College Heights neighborhood, and for more than four decades the husband of Plassie Williams Harris.